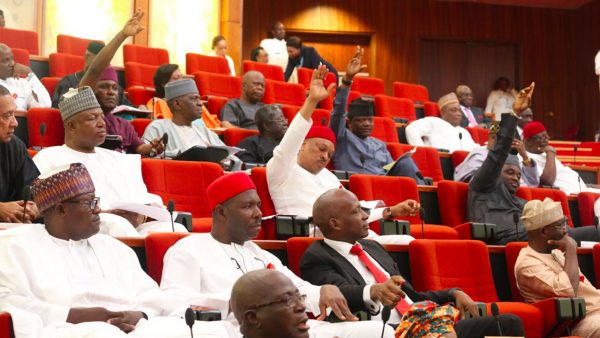 Congressional leadership stability is a key feature of advanced democracies, particularly the United States of America. This is anchored on natural progression by ranking members into positions reserved for “wise men” held in high esteem by their peers, respected by the executive and trusted by the people. In the US Congress, the progression rule has been institutionalized, resulting in leadership stability in the Senate and the House of Representatives.

In Nigeria, there has been a measured attempt to copy the US Congress via pragmatism in recognizing seniority and experience when constituting the presiding officers’ positions. The ranking rule has been enshrined in the standing orders of the National Assembly and it is high time it was enforced, stricto sensu, in order to deepen the legislative convention in Nigeria.

Significantly, the convention will rid the Federal Legislature’s leadership of extraneous stuff. Consideration for the positions of senate president, speaker, deputy senate president and deputy speaker will no longer be the prerogative of the moneybags. It will not matter if a legislator is a former governor or if a legislator enjoys the support of his party leadership. If she or he is a new member, the ranking rule, ipso facto, becomes a bar.

Conversely, legislative returnees are thus properly positioned to vie for presiding officers’ spots. The convention is utilitarian by helping to eliminate rancour generated by aspirations for legislative leadership positions. When the rule is added to the deliberate zoning decision, the leadership selection becomes much more streamlined and much less acrimonious.

Order 3 (2) of the Senate Standing Orders 2015 as amended on election of presiding and other officers, wherein ranking rule is clearly specified, states inter alia: “Nomination of Senators to serve as Presiding Officers and appointments of Principal Officers and other Officers of the Senate or on any Parliamentary delegations shall be in accordance with the ranking of Senators. In determining ranking, the following order shall apply- (i) Senators returning based on number of times re-elected; (ii) Senators who had been members of the House of Representatives; (iii) Senators elected as Senators for the first time….”

A similar provision in the House of Representatives’ Standing Orders is captured in Order 2 (3)(a), and adumbrated in two words, to wit: legislative experience. The order specifically reads: (3) “The election of Speaker shall be conducted in the following manner: (a) “A member-elect, addressing the Clerk, shall propose another member-elect with legislative experience as member of the National Assembly to be Speaker and shall move  that such member-elect , ‘Do take the Chair as Speaker of the House of Representatives’.”

Amusingly, while in 2015, the election of presiding officers in both Chambers complied with the ranking rule with the emergence of Senator Bukola Saraki as Senate President, Senator Ike Ekweremadu as Deputy Senate President, Hon. Yakubu Dogara as Speaker of the House of Representatives and Hon. Yusuf Lasun as Deputy Speaker of the House, both the APC and PDP caucuses in the Senate circumvented the rule in the selection of some principal officers.

While against all logic and reasonable expectations, the PDP selected a new member and former governor of Akwa Ibom State, Senator Godswill Akpabio as Minority Leader, the APC looked towards the South-south zone to pick a new senator from Edo State, Francis Asekhame Alimikhena as the Deputy Chief Whip.

Clearly, the selection of Alimekhena was justifiable as it was not supremacy battle or contestation for office. The position of Deputy Chief Whip was zoned to the South-south; and, since he was the only APC senator from both the South-south and South-east zones, his selection became a fait accompli of sorts. His emergence was thus understandable.  It was a rare scenario foisted on the APC.

However, the decision by the PDP to select Akpabio was characterised by intense horse-trading, alleged financial intimidation and compromise, political braggadocio and glib pretentiousness to the control and leadership of the South-south. The totality of those considerations was deployed in supplanting the right candidate for the position – Senator James Manager – who kept a cool head. Perhaps, as recompense, he has just been re-elected for his fifth term in the Senate while Akpabio, reputed for uncommon transformation as governor, has suffered an uncommon defeat and exits the red chamber with his reported aspiration for the position of  a presiding officer.

Akpabio’s defeat was not as tragic as his decision to dump the PDP that he led in the Senate for the APC. While uninspiring in discharging his responsibilities as Senate Minority Leader, he was perceptibly hamstrung by personal issues that trailed him from Akwa Ibom State. A purportedly potent dossier on Akpabio, by the Economic and Financial Crimes Commission (EFCC), compelled him to defect from PDP to APC. Akpabio’s uncommon woes flow from that public space narrative.

The Akpabio experience underscores the imperatives of discipline and restraint on the part of party caucuses in the Legislature, both at the national and the sub-national governments. They must comply with their own standing rules and orders. It is a good lesson for the parties in the Legislature. It was such an outlandish usurpation of a strategic leadership position meant for committed and experienced members. Henceforth, it should not be traded to doubtful greenhorns for a mess of porridge.

The 9th National Assembly will be inaugurated in June, this year. Preparatory to the inauguration, some senators-elect, including some new members, have indicated interest in the position of Senate President and Speaker. Both Chambers will witness intriguing politicking and gambits that will spawn tension.

It will, indeed, be farcical, if the APC allows the 2015 history, which saw the emergence of Saraki as Senate President against its wish, to repeat itself. As it is, the APC leadership, under the nimble Comrade Adams Oshiomhole, should be on top of the process and guide the APC caucus to the right choice. The former Edo State governor has the sagacity, capacity and discipline to rein in legislators on the APC platform.

Oshiomhole’s approach to party administration has been different from his predecessor’s, Chief John Odigie-Oyegun, under whose nose the party lost the control of the National Assembly to the shenanigans of the opposition PDP.

With parental (party leadership) guidance, the election of presiding officers in the APC-controlled National Assembly, this time round, should be seamless. The leaders that emerge should be in pari materia with the Executive arm in pursuit of the manifesto of the governing party that is made to align with the national interest to stimulate rapid development.

Besides, it is expected that henceforth, legislative leadership should be about national responsibility and sound constitutional obligations. As a nation, we must graduate to that point in the National Assembly where the emergence of the structure of the Executive arm of government, specifically the president, does not affect the ranking rule and leadership stability in the Legislature.