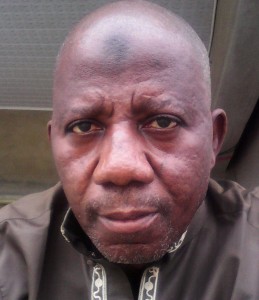 It all started on Friday, August 1, like foul wind, when people were making phone calls across the country, to enquire whether it was true that President Goodluck Jonathan was dead.
As a matter of fact, to those who were fully in the knowledge of the good health in which President Jonathan was carrying on with official state duties that day, the enquiry or the rumour of his death was qualified to be dismissed, even with lots of laughter.
In deed, as at the time phone calls were taking the centre stage on the purported death of President Jonathan, he (the President) was supervising the signing of Memorandum of Understanding (MoU) between the federal government and President of Dangote Group, Alhaji Aliko Dangote on $1 Billion (about N160 Billion) rice production project. The signing was done in the Presidential Villa.
The same day, President Jonathan also witnessed a book presentation, on Nigeria 100 centenary status as well as, approved the appointments of top ranking management officials of the oil sector, including the Nigeria National Petroleum Corporation.
But, in spite of the fact that President Jonathan was fully engaged in official state functions which were beamed on television stations, aired on radio stations and published (with his photographs) in newspapers the following day, people still stuck to the “nightmare” they had had that he was dead.
As a matter of fact, before the evening of Friday and late noon of Saturday, this reporter received no fewer than 78 phone calls, from the familiar and unfamiliar people, asking for confirmation of the death of the President.
Even before the close of Friday, professional colleagues, especially, those covering the Presidential Villa, got uncountable calls, particularly from their editors in Lagos, Kaduna, Abuja and elsewhere, asking them to confirm the health condition of the President.
One particular person appeared to be so sure that the President was dead: that he was reportedly struck by sudden stroke and dropped dead in the Villa, so much that he would not take a no for an answer. To him, for anyone to say that the President was not dead was a cover up.
The rumour became so intense that even those of us close to the Presidency began to be jittery and apprehensive, even if momentarily. The apprehension was doused later on Saturday with live pictures of President Jonathan taking charge of Osun state gubernatorial campaign of the Peoples Democratic Party (PDP), copies of which were delivered to our mail boxes.
But, in all seriousness, where did the strong rumour emanate from and what purpose did it mean to serve?
It has become obvious that this has been the handiwork of those who sat in beer parlours and engaged in idle talks emanating from evil thoughts.
The rumour obviously sprang from one or some people who slept and had a bad dream; a nightmare and woke up with an impression of the nightmare looming large in the environment.
Those who have a sense of history would be comforted by the fact that the rumour of the death of Jonathan is not new. Remember the time Chief Olusegun Obasanjo was the President and when rumour rented the air that he was dead? Remeber Obasanjo’s reaction to that rumour with “I de kampe!”
There was also a strong rumour that late President Umaru Yar’adua was dead long before he actually died. That was when Obasanjo had to speak to Yar’adua on cell phone with “Umooru, they say you are dead; are you dead?”
There was even a confirmation of the death of late Dr. Nnamdi Azikiwe, which was aired on the network service of the Nigeria Television Authority (NTA) in the 80’s. All those who confirmed him dead died long before Zik actually died.
At any rate, in African culture, pronouncing who is hale and hearty dead is usually a sign of long life. That means that President Jonathan has been indirectly placed on the journey to long life and good health. May it be so!

See also:  What’s The Worth Of Obasanjo’s Endorsement Of Peter Obi? By Fredrick Nwabufo