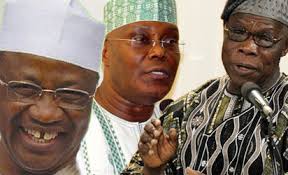 Like a ray of sun emerging from the morning dew, the trouble with Nigeria; that has held it down from forging ahead in developmental stride, is coming out somewhat gradually. The gradual emergence of the ‘trouble with Nigeria’ is turning out as a big surprise to many who had all along taken certain variations for granted.

Of course, with the recent open and unabashed declaration of war, via what clearly was HATE SPEECH, in Taraba state, by the former Nigerian Defence minister, retired Lt. General Theophilus Yakubu Danjuma (TYD), the country is discovering its enemies, most of who incidentally participated in executing the civil war to keep it united. In fact, it is now easy for one to place T. Y Danjuma among the past leaders of the country that are out to destroy this House for reasons that mostly border on selfishness, bigotry, superiority complex and haughtiness.

These old, I dare say, disused leaders, who are supposed to be the guiding light for the nation’s development, have now been exposed by the providence as irritants, pursuing personal interests and other interests that have nothing to do with the interest of the nation.

OBJ, who has since assumed the position of ‘monitor’, dictating who should be the President and who should not, and for how long such person should remain as President, has continued to cling to Nigeria as if without him Nigeria cannot stand as a country. He is now famous for writing letter condemning the reigning President, after hailing such President to power at initial stage. To him, no person should or can do two terms in office as President, just as a way of proving that after him, no one is good enough to right the wrongs of the country beyond one term.

The reputation of IBB has obviously tumbled down from being a Maradona, through dribbling everybody, to the point where he was dribbled out of office, and ever since, has been seeking for political relevance by joining force with OBJ to decide what Nigeria and Nigerians should be in their mind eyes. In most cases, it is in his Hilltop mansion in Minna, the Niger Sate capital that others like him gather every four years when the elections are approaching, to try to redesign Nigeria of their dream or choose the President they are happy with.

Professor Jerry Gana, on his part, has always made sure that he is properly placed to benefit from where the bread is buttered. It doesn’t matter if in grabbing the bread Nigeria is thrown into the Atlantic Ocean. He is so desperate about floating in the air with enormous resources that it doesn’t matter to him who is in the leadership saddle.

As a matter of fact, Gana has been seen as a dangerous reptile that infiltrates other people’s religions just so as to destroy the country, while he plays an Ostrich game. History is indeed, developing around this attitudinal disposition of his, which will one day manifest.

Alhaji Atiku Abubakar’s ambition to become the President of this country has obviously ran him mad, so much that he is not only amassing mad and unquantifiable wealth, but embarks on destroying anyone, just anyone that stands between him and fulfillment of such vaulting ambition. Stories are going round, and may soon become public about the deadly role he allegedly played in the ill health that took President Muhammadu Buhari out for several weeks on medical attention in London.

And, now, T.Y Danjuma’s declaration of war, by urging his Taraba State people to take arms against the arm bandits and the Nigerian soldiers, surprised many of  his admirers, including yours sincerely. The unfolding facts and his recent alignment with such deflated leaders as IBB and OBJ, have proved that he has all along been a wild and dangerous hyena walking the streets in sheep’s clothing.

Information has it that before he shamelessly asked his tribesmen to take up arms against other Nigerians and the military officers, he and his cohorts have already ordered or in possession of large cache of sophisticated weapons, to be distributed to his army; these are the children of the poor in Taraba, who he never gave any succor in their hours of genuine needs, even as he ferries his over-pampered children and family out of the trouble zones into Europe to enjoy the mansion and Nigerian money he stashed away there.

These handful Nigerians, who are supposed to be grateful  to the country for the opportunities offered them to be what they are today, and join hands with the leaders in the saddle to correct the mistakes they made or blunders they committed in the past that has led the country down this shameful abyss, have instead constituted themselves into an institution simply to chase away any leader after them that fail to tow their defined lines or who dares to mess up with their interests and their investments.

The baffling thing is that retired General Yakubu Gowon, who is supposed and actually qualified to be regarded as father of the nation; a gentleman to the core, who at the age of 32, led the country through the 30-month civil war to keep Nigeria one and united; a man who is well educated (with PhD) and highly intelligent, has remained quiet while these ‘busy body’ past leaders continue to ride on the back of tiger as if without them, there would be no Nigeria. Dr. Yakubu Gowon has maintained his dignity and organized Prayer Group (an NGO) to continually pray for peace to reign in the country, believing in the truism that every leader has his focus, different from any other one, on how to move the country forward.

In fact, the America, whose system of democratic government Nigeria has been trying to imitate, has never produced such a scenario in which the past leaders keep dictating to the reigning President on how to develop the country. Since Ronald Reagan, Senior and junior Bush, Bill Clinton and recently, Barak Obama left white House as Presidents, we have never heard any of them writing letter or even addressing news men or issuing statement on what President Trump is doing, whether it is right or not right. That is in spite of the numerous political somersault President Trump had made.

It is really ironic that IBB and OBJ in particular, who tried and sweat profusely to cling to power for life, are the same that are breathing down the neck of every other President that ascended the leadership, pronouncing them failures and offering to bring another person to lead.

Of course, since these group of parasitic leaders have been identified as the major sociopolitical and economic problems of Nigeria, there is need to find solution to their antics, and if it were not that we are in democracy, where even the lunatic has a say, it would have been convenient for one to suggest Jerry Rawlings formula for the country to breath fresh air.

Too bad we have to continue to live with them and their blind supporters.[myad]