Home OPINION COLUMNISTS Registration Of APC: The Dye Is Cast By Yusuf Ozi-Usman 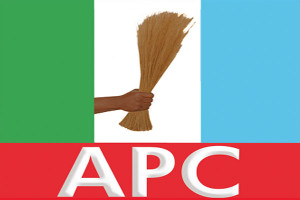 The registration of All Progressive Congress (APC) by the Independent National Electoral Commission (INEC) on July 31 is certainly a mile stone in more ways than one.
As a matter of fact, the dust raised by the APC members, especially from the South West while the registration was still in the process, created a lot of fear, uncertainty and or confusion in the minds of political watchers and even players, depending on which side of the divide you are. It was as if the hell would come down if the party was, as it were, denied registration.
Even, just three or four days ago, some elements in the party threatened to “occupy” Abuja, Nigeria federal capital if the party is not registered in record time.
Meanings have been read into, including the alleged negative role being played by the INEC or the PDP or the Presidency or even the other organization that bore similar acronym with it on why INEC was delaying the registration.
And it is no longer relevant what prompted INEC to register the party; it is not whether it was due to the pressure being mounted by the party’s operatives or just on its volition.
Suddenly, it appears, APC Chieftains have the cause to begin to, and should see a very larger picture in front of them from now on: the task of selling the party to the grass root Nigerians over and above the ruling PDP before the 2015 general elections.
There have also been insinuations in some quarters, within the ruling PDP especially, which APC must contend with, that APC is a party of birds of different feathers.
Political calculations have been made, by self-appointed star gazers that the arrowheads of the new party, General Muhammadu Buhari and Asiwaju Bola Tinubu are strange bedfellows that can never work in tandem with each other.
There is also the issue of finances vis-a-vis the contributions of the nation’s business and financial moguls and institutions to the campaign pulse of would-be President. In deed, financial matter is most likely to create a special challenge for the new party, in view of the need for it to spread far and wide like its PDP counterpart which has unlimited access to the nation’s vault.
What really makes PDP to be comfortable with election results whenever they come is its spread to even the remotest village in this country couple with its ability to “wet the groud” for poverty-stricken electorate.
The reality of Nigerian and, indeed African politics today is still the fact that most elections are won, not by the best candidate or the party with the best ideology or manifesto, but by how much the impoverished people in the countryside can get in terms of gratification, from the system. And it is the vote of such people that usually determine the winner because it is they that vote anyway, not the elites in big cities.
There may also be the issue of internal democracy which APC would have to address. This matter may sound inconsequential, but the reality is that, even PDP that looks monolithic, so to say, is still trying to play by the rule, but various contending interests would not allow it to succeed.
Observance of internal democracy, in a party such as APC would determine its solidness while the contrary would be the simplest way towards irrevocable disintegration.
There is also the external forces that are vital and which should not be taken for granted. As a matter of fact, the external forces are those who surreptitiously support a candidate who they can eventually be comfortable with when they want to turn the lever of the Nigeria’s development efforts to suit their whims.
On the whole, the APC and PDP are set to bring a completely new vistas into the political system and struggle for power in this country. It is no longer a dream, but real, in the context of going whole hug to conquer each other at the political arena. The field has been cleared. The stage is set. And the dye is cast between the incumbent power holder, the PDP and the muscle flexing contender, the APC: eye-ball to eye-ball!