Home OPINION COLUMNISTS The Beauty Of Failure And Tragedy Of Defeat 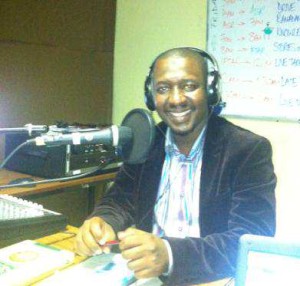 People have different experiences and face different challenges in life. But the issue is how the individual works to overcome such challenges. There is every tendency, especially among the youth to make the greatest mistake of their life because they cannot appreciate the beauty of failure. One can even take the risk of making a swift statement, that for every child who grows, his parents succeed in making him a real human being by strengthening and correcting his or her failures: from sitting, crawling, walking, running etc. It is the support provided that makes one to realize his full potentials. Yet this basic facet of life is missing in our youth.
Since the youth are crazy about sports these days, especially football, let me borrow some lessons from there in order to make my point. Although I am not a Manchester United fan, but few will argue against the idea that the reign of Sir Alex Ferguson was one of the most successful not only in the English Premier League, but in the history of football. In his recent autobiography published in 2013, Sir Alex Ferguson had a lot of interesting stories on how to recover from the brink of failure and emerge as a winner. The example he gave was one which illustrates that failure itself is not a bad thing, but your attitude towards your understanding of the failure, and planning to respond to it is where the problem lies.  All those tactics he employs such as looking at his watch in extra-time, also called Fergie-time, were strategies to scare the opponent and  snatch an unlikely victory from the brink of defeat.
Mr. Ferguson was playing a game against Liverpool at the peak of their success in the 1980s, and as he stated in his own words: “the Souness–Dalglish Liverpool teams were the benchmark for English football in the 1980s, when I made my first foray into management south of the border. Those Liverpool sides were formidable. I had suffered against them with Aberdeen and brought those memories with me to Manchester. In one European tie, we had lost 1–0 at Pittodrie, played really well for the first 20 minutes at Anfield, but still ended up 2–0 down at half-time. I did my usual thing in the dressing room and, as the players were leaving, one, Drew Jarvie, said, ‘Come on, lads, two quick goals and we’re back in it.’
”Losing a football match is not an easy thing for the club and the fans, but to lose a Derby with your arch rivals is even more difficult to take, even if they have a superior team. As such, instead of thinking that the game will be lost, some of the players saw such failure as a temporary thing, but what they were not willing to accept was a defeat. This is just one story, and whether you are an Arsenal, Chelsea, Real Madrid or Barcelona supporter, you must have some interesting stories about a comeback match which will always provide a talking point between you and the opponents of your team.
Yet my question is, as a youth who witness such ‘miraculous’ comebacks by your team, simply because they refuse to accept defeat, what sort of comeback did you plan for yourself when you couldn’t secure enough credits to get to university? or because of a single carry-over at school you almost take a decision to abandon your studies; or simply because the business venture you have started has not taken up as quickly as possible, you decided to abandon it and retire into joblessness! Do you watch a football match simply to shout it’s a goaaaaaaaaaaaal, or do you have a goal in life which you seek to achieve? You see, those vicissitudes  of life are key ingredients of success that will be useful to you later in life, only if you appreciate that your failures early in life will help you to build a successful future later as you seek to achieve your goals.
In his classical work “The laws of success in sixteen lessons” or what is popularly called the sixteen laws of success, Napoleon Hill spent a great deal of time explaining how the failures of successful people helped them to succeed in life. According to him, “profiting by failure will teach you how to make stepping stones out of all of your past and future mistakes and failures. It will teach you the difference between “failure” and “temporary defeat,” a difference which is very great and very important. It will teach you how to profit by your own failures and by the failures of other people.”
In fact, as he stated, “every failure is a blessing in disguise, provided it teaches some needed lesson one couldn’t have learned without it. Most of the so called failures are only temporary defeats.”
I don’t know if you agree with him, but for me, I certainly believe there is an element of truth in his thesis. In failure there is beauty, but the inability to rise from one’s failures is what will lead to a tragic defeat.