Home OPINION COLUMNISTS The Second Coming Of General Buhari And The Nation, By Kennedy Emetulu 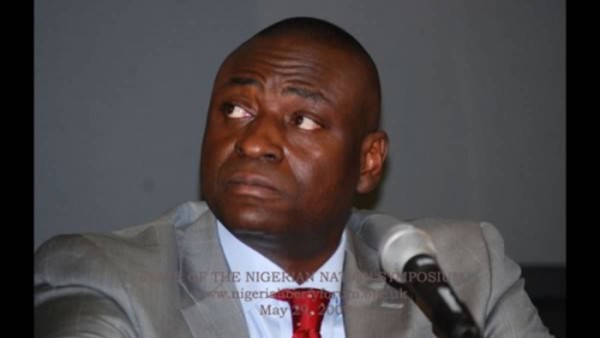 Without prejudice to whatever legal or other lawful challenges that President Goodluck Jonathan and his people might institute as part of his reelection effort, let me in the meantime congratulate the winner of the election, General Muhammadu Buhari.

General Muhammadu Buhari’s story is one of the most inspiring stories to come out of our nation. Rejected as a military leader for running a government that had no regard for people almost thirty years ago, Buhari worked his way back tirelessly through the tortuous democratic route.

For the past fourteen years, he’s joined others within different political parties and formations not only to actualize his ambition to return as a democratic president, but also actively participate as a stakeholder in the democratic life of the nation.

True, Buhari’s politics is not everyone’s cup of tea, but at this point, that is not the issue. I for one have been one of his most strident critics and I’m sure that won’t change very much, depending on how he chooses to operate as president; but, at this point, all he needs is our support.

Now that he has been elected, outside the partisan fog, we need to give Buhari a clean slate and not judge him on his past, because that is what the democratic project demands. The majority of Nigerians who voted for him are not fools. They know precisely who he is and what he stands for and have chosen to go with him, irrespective of what the rest of us think of President Goodluck Jonathan. We, the minority have had our say; but we must allow the majority to have their way.

President Jonathan has done pretty well in resuscitating agriculture and the real sectors and he’s also invested a lot in education, infrastructural development and a lot of other things. Buhari and his team must build on these. He must avoid the politics of religion, because as we can see from the Boko Haram menace, the surest way to get Nigeria destroyed is to encourage religious or ethnic politics.

Bola Tinubu would be quite influential in the incoming government. I salute his political sagacity and ability to work through the system to help achieve this victory for his party, but I’m no fan of his economics, cash and carry and accumulation politics. It’s one thing for him to economically colonize Lagos and the APC-controlled states, but quite another to think such a formula can be applied to Nigeria as a whole. He has to give the presidency and vice presidency room to breathe, because if he overplays his hand, Nigerians would not hesitate to let him know that he is no God.

For Buhari, his first task is to do away with his messianic complex.  Of course, the expectations are quite high, but he has to responsibly manage those expectations and the mantra of change he’s dropped on people’s lips. Indeed, there are things he’d promised in the course of the campaign that are plainly impossible, but now that he’s about to get back to government in a democracy, I suggest he sets up a national policy review council made up of Nigerian experts in every field and opinion leaders to sit down with him and his team between now and inauguration to take a close look at what the situation is with out finances and performance updates in every sector with a view to keeping those things that needs to be kept, continuing with the laudable ones already started and cutting out waste and corruption where necessary. For me, he needs to forget the highfalutin proclamations in the APC manifesto and focus proactively on what exactly exists on the ground. In short, he has to hit the ground running, because no one will accept his age as an excuse.

Most importantly, Nigerians must now be very careful. There are many disgruntled elements out there in high places thinking this is an opportunity for them to foment trouble. Some of these persons have no respect for democracy and would think nothing of scuttling it. But if we do not encourage them or listen to them, they would remain powerless. Individuals and communities must therefore watch out for them.

We must continue to let Nigerians know that we are all one. True, some of us might see some ethnic and religious elements in the result of the election, but that is natural. The better way to look at it is that there is a lesson here for us all. That lesson must help to improve our democracy, rather than diminish it. We can only improve it if we appreciate that whoever is at the top only has four years or less to show us what he/she can do.

The power remains in our hands to send an incumbent president packing. If we have done it with a Jonathan that has the best democratic temperament amongst all Nigerian leaders, we can do it with anyone.

In our new vibrant Nigeria, Buhari’s honeymoon might be over, even before it starts, because if there’s any lesson to learn from this, it is the fact that Nigerians are not afraid of change, even where they have no idea where it would take them.