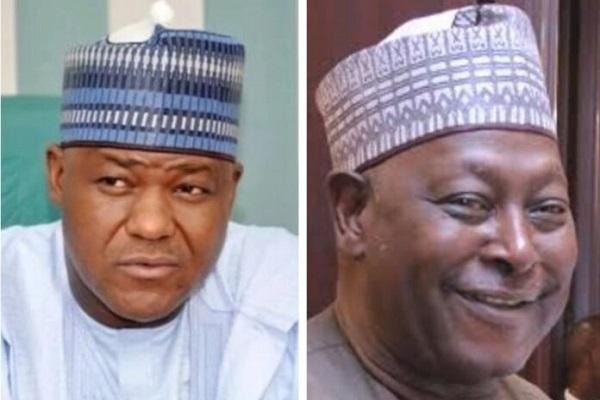 Since former Lagos state governor, Asiwaju Bola Ahmed Tinubu, defeated the Vice President, Professor Yemi Osinbajo and a host of others to win the APC presidential primaries with a landslide, the issue of where his running mate will come from became issue. More worrisome was the issue of whether he would go with a northern Christian or Muslim, both of which would find a way to cause their own problems.

If he had a chosen a northern Christian which would have balanced the ticket in terms of faith, he would have probably lost a lot of the Muslim votes he is chasing in northwest and northeast since people would find it difficult to relate with the ticket. But now that he has chosen a fellow Muslim from northeast so he can compete for some strategic votes in northwest and northeast, the Christians, both in the north and south, have been up in arms against what they see as an insult or assault on their faith.

Again, Tinubu did not just choose a Muslim, he picked Senator Kashim Shettima, a man whose career in politics and beyond shows that he is eminently qualified not only to deliver that all important election victory, but also to step into the shoes of the Vice President. He is a man who possesses the talent, maturity, strength of character and patriotism to deliver as Nigeria’s number two.

But rather than look at the bigger picture and work for the party’s victory after which positions can be shared, the duo of Babachir Lawal and Yakubu Dogara have declared war on the party and the presidential candidate.

Babachir was reported to be part of the initial process that led to the eventual emergence of Shettima but because he apparently wanted the position for himself, he is hiding under the pretence of Muslim-Muslim ticket to fight Tinubu for not picking him. Dogara is obviously in this boat too. He reportedly defected from the People’s Democratic Party (PDP) in the hope of becoming Tinubu’s running mate only for him to be dumped like used clothes and like a jilted lover, he has been jumping from one meeting or conference to the other attacking the party and the candidate and also playing the religious card.

Lawan made the assertion that the APC same ticket is a plan to further create more division within the north and the country at large.

He said: “The introduction of a Muslim-Muslim ticket by the APC or same-faith ticket is a wicked plan to further create divisions within the north. We try as leaders of societies to live as brothers and sisters but this demonic proposition just came out of the blues.”

Lawan who was disgraced out of office as Secretary to the Government of the Federation over N500 million grass cutting scandal he perpetrated has suddenly become the moral conscience of the nation who is telling the world how evil Muslim-Muslim ticket is.

Like Babachir, Dogara as Speaker of the House of Representatives, was in 2016 heavily involved in budget padding scandal worth billions of naira.

The then chairman, House committee on Appropriation, Abdulmumini Jibrin, had alleged that Dogara and four other principal officers of the House had illegally inserted several budget items worth hundreds of billions of naira into the 2016 budget.

Babachir and Dogara are liabilities to any political camp they choose to join. Their political value is limited as their records show. They can’t even boost the winning chances of APC in the 2023 elections. Babachir did not deliver his ward in Hong Local government of Adamawa state to APC in 2019. Also, Dogara did not deliver his ward to the PDP in 2019, thus, it will not change a thing if the duo chose to leave the party eventually.

Nigerians are smarter and are fully aware of the antics of this overrated duo. Babachir and Dogara are obviously fighting for their self-centered interest and looking for undeserved relevance in the political arena.

However, the duo and the gullible minds who believe in their shenanigans should not forget that APC’s Muslim-Muslim ticket is not a fait accompli. Nigerians still have a vote and there are other presidential tickets that will be on the ballot on February 25, 2023. So, the due should quit playing the religious card and heating up the polity. They should pitch their tent with any other party of their choice rather than making inflammatory statements that are meant to incite and further divide the country along familiar fault lines.

It is high time Nigerians began to look at the competence and capacity of candidates and not their ethnicity and religion. Religion or tribe will not solve any of the problems the country is facing right now. This includes but not limited to insecurity, corruption, poverty, unemployment, inflation and poor educational system.

Same faith tickets should be the least of our problems, in the search of someone who can really deliver on the job.