Home OPINION COMMENTARY Are Nigerians Right To Be Wary Of U.S Intentions In Chibok? By... 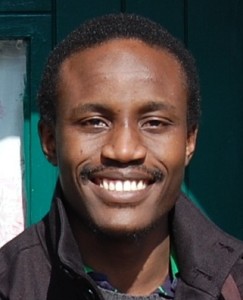 The Nigerian government is up against a wall. The inability to locate the more than 200 school girls abducted a month ago has embarrassed the government and forced President Goodluck Jonathan to appeal for foreign help as Nigeria’s five-year struggle with terrorist group Boko Haram escalates.
It does seem that Nigerians are caught in the difficult position of having to welcome the help and be deeply wary of it. On the one hand we know, from the evident helpless of our government, that we’re at the point where we cannot make any progress without the skills and knowledge and technology that Western countries will bring to this battle.
On the other hand, there are questions (running the gamut of conspiracy theory to reasonable concern) about America’s motivations, and its track record.
“I have my reservations,” says Debo Bashorun, a retired Nigerian army major who served as press secretary to military president Ibrahim Babangida in the late 1980s, and is now a vocal critic of the Nigerian military. “[Now] this is a good time [for the Americans] to do what they’ve always wanted to do,” Bashorun says.
He’s referring to the U.S Africa Command (AFRICOM), run by the U.S. Department of Defense, and established by President George W. Bush in 2007. From early on African leaders opposed attempts to site AFRICOM’s headquarters in Africa.
On his first official trip to Washington as president in December 2007, on the invitation of President Bush, Nigeria’s President Yar’Adua made comments that were interpreted back home to mean that Nigeria was acceding to America’s AFRICOM-in-Africa push.
It doesn’t help that many Nigerians believe, on the strength of pessimistic American assessments of Nigeria’s fate, that its inclinations towards their country are sinister.
Tolu Ogunlesi
Outrage in Nigeria compelled the president to declare that he “did not agree that AFRICOM should be based in Africa.”
“What we discussed with [President] Bush is that if they have something to do for Africa that has to do with peace and security, they should contribute. I told him that we African countries have our own plan to establish a joint military command in every sub-region …” he said.
Segun Adeniyi, Yar’Adua’s spokesperson, says those comments displeased America. “[By] openly repudiating the idea of AFRICOM, Nigeria’s relationship with the U.S. on Yar’Adua’s watch had started on a very bad note. It was a relationship that would remain at a less-than-inspiring note throughout his tenure,” Adeniyi writes in his book, “Power, Politics and Death,” an account of the Yar’Adua administration.
Nigerians are right to be wary of America’s military intentions, with the cautionary tales of countries like Iraq and Pakistan.
“This is a transactional relationship; there’s nothing strategic about it,” said Ehsan ul-Haq, retired Pakistani general and one-time head of the country’s Intelligence Agency ISI, of U.S.-Pakistani military relations, at a reporting seminar for journalists which I attended in London in 2011.
He added that the cumulative value of U.S. military assistance to Pakistan ($20 billion at that time, he said) paled into insignificance compared to Pakistan’s losses from the war on terror — which he put at not less than $68 billion.
Bashorun echoes those views. “America will not do it out of honest intentions,” he told me. “It’s a matter of giving you 10 naira and in the long run they will collect 50 naira,” he says.
But he is pragmatic enough to realize that at this point Nigeria has got little choice in the matter. “If we had done what we were supposed to have done, things wouldn’t have turned out like this,” he says.
Then again there’s the strong possibility that suggestions of the United States turning Nigeria into another Iraq or Pakistan are unfounded.
Anonymous Nigerian defense blogger, Beegeagle, points out that Nigeria has long enjoyed significant levels of cooperation with the United States, in terms of receiving donations of hardware and training.
“The difference in this latest American effort is that the U.S are going to collaborate with Nigeria in the field — an undisguised first,” he wrote in an email message to me. But even that field work, he says, will not involve “putting [American] soldiers on the ground to fight alongside Nigerian soldiers.”
That will no doubt be comforting to many observers. But there’s obviously still a lot that needs to be clarified regarding the extent and mode of foreign help Nigeria will be getting. For now the solidarity mounts; at the last count America, Britain, China, Canada, France and Israel had already thrown in offers of assistance.
Nigerians will of course continue to be wary, and quick to bristle at any threats, real or imagined, to Nigeria’s sovereignty. It doesn’t help that many Nigerians believe, on the strength of pessimistic American assessments of Nigeria’s fate, that its inclinations towards their country are sinister.
And Nigerians have been there before. Shortly after Independence in October 1960, Nigeria’s Parliament formally approved the terms of a controversial “Anglo-Nigerian Defence Pact,” which the Nigerian public had come to believe would give the departing colonial power the right to set up military bases in Nigeria.
The protests that followed, led by student and labor groups, resulted in the speedy repeal of the agreement by the Federal Government barely a year-and-half later.