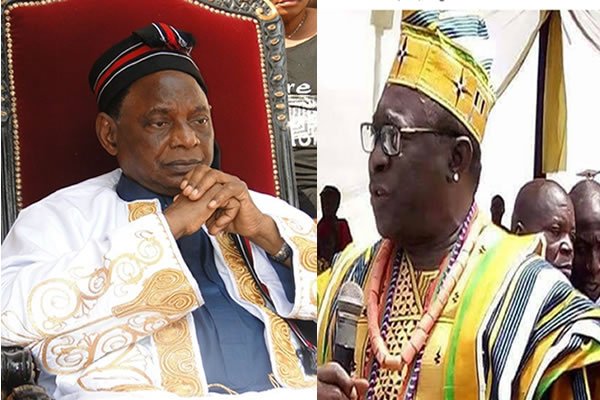 The dispute between the Ebiras and Igalas today is a matter of superior facts and intelligence in law courts. Everyone should research for facts that will be superior to theirs to enable us claim what rightly belongs to us. Below are my research that I feel will be of use to our Lawyers.

*Ebute Eje the ancestor of Ebiras was born in about 1400s to the Royal House of Aku Uka of the Jukuns at Billiri on Burak hill.

*He was the first son of the reigning King of the Kingdom then but of Idoma mother.

* At the death of his father, he was denied of succeeding him because his mother was not of Jukun origin.

* He got annoyed and left the Kingdom with his junior sister ( Ebule Ejune ) and brother ( Agene Puje ) to their mother’s home in Idoma.

* Being trained as a warrior with the intention to succeed his father but denied, he became very useful to Idomas in fighting wars to extend their territories.

* History told us that he died at war front in Idoma.

* His junior sister and brother thereafter migrated to Idah.

* When they got to Idah, there was NO organized ruling system there and because of the Royal blood in them, they organized the people and established one called Atta headed by Ebule Ejune in 1462AD. Note that Ebule Ejune was the sister to our ancestor.

* Ebule Ejune ( first Atta of Idah ) was a very powerful woman both spiritually and physically but childless.

* The first Atta of Idah as was called then was a woman and ours. That is why up till date, every Atta of Igala as now called must pierce holes in his ears as symbol of womanhood.

* She handed over the throne on sensing her end time to her junior brother Agene Puje in 1500 AD.

* Agene Puje was succeeded by his son ( Idoko ) in 1530 AD as the third Atta of Igala as now called.

* It was during the fourth Attah ( Ayeba Omi- Idoko )’s era in 1550AD that disputes arose between him and his brothers ( Itazi Atanuje – the pregoney of Ebira Tao and Ohimi – the pregoney of Ebira Koton Karfi ). The main issues were that Omi – Idoko was born of a Yoruba mother and therefore not qualified for the throne and when he forcefully ascended the throne, he was not acting well as a strong and impartial king should be.

* The two brothers got annoyed and crossed the River Niger to occupy their present locations. No other people crossed with them except their nuclear families.

* It was from these places ( Ebira Opete in Ajaokuta called Uttenyi then and Ebira Igu in Koton Karfi ) that these two brothers started to expand in territories to their present land boundaries with other tribes this side of River Niger.

(1) HAS ANY IGALA MAN LIVED WITH THEM ON MIGRATIONS?

(2) DID IGALA PEOPLE WAGE ANY WAR AGAINST THEM TO CLAIM THEIR LAND?

(3) ON WHAT GROUND IS IGAY LAYING CLAIMS TO THESE LANDS?

* The Omi – Idoko who was in throne of Atta at the time our fore fathers left Idah was their half brothers.

* The current four ruling houses in Idah today ( namely Amacho, Itobo Aduba, Akosu and Omri Ubobo ) are descendants of Idoko who was our brother.

* If any tribe has to lay claims to be part of ownership of territory, it is us because it is our descendants that are still ruling Igala up till today and tomorrow insha Allah.

By this brief history and analysis, we have a share in Igala Kingdom because we built it together. On the other hand, we built our kingdoms alone and they have NO share out it talk more of owing it.

If they truly collected money from the British in respect of part our land, it was an act of stealing what is NOT theirs. They should be made to pay back with interest and be punished for stealing.

* They are known for greed from time immemorial. Recall their slave trade saga with the Benin Kingdom which eventually cost them to bury their queen alive to avoid wars with the Benins.

Let us wait for them and hear what they have to say. May God continue to be with us as we defend what is ours.