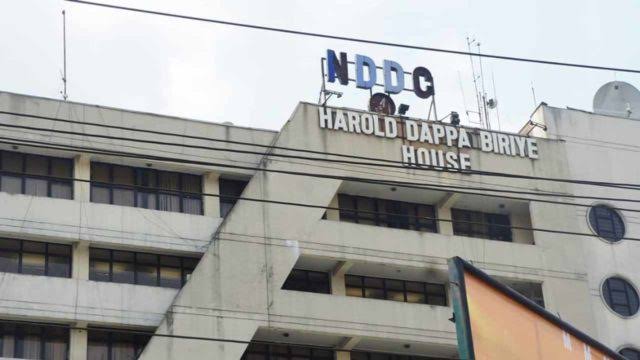 It was yet another shocking revelation, at the Senate hearing, at the National Assembly, on the trouble Niger Delta Development Commission (NDDC), that the Interim Management Committee (IMC) led by Professor Pondei Kemebradikumo allocated about N1.3 billion to themselves as palliatives since the outbreak of the Coronavirus pandemic.

As a Nigerian, I am not surprised at this very kind gesture the IMC team did to itself, after all, they have the yam and the knife and at liberty to give to themselves whatever size of the tuber of yam.

When at the behest of the Covid-19 different arms of government and even nongovernmental agencies began to set up committees to raise fund to tackle the pandemic, I was worried because I saw in it an avenue for dubious public and private individuals to make quick monies for themselves. And that fear I expressed some months ago is beginning to crystallize into realities. The National Assembly members are already clenching fists for fisticuffs with those who are the managers of the Covid-19 fund.

Back to the NDDC N1.3 billion palliatives package. The revelation at the Senate Committee probing the NDDC is to say the least a betrayal of the trust reposed on the IMC by President Muhammadu Buhari and the Nigerians people. With all the shenanigans that characterized previous board and management team one would have thought that the Pondei IMC would be different but alas no! They have again revealed that a leopard can never change its spots.

This act of betrayal by the NDDC  management team cast a huge doubt on the capacity and sincerity of the IMC in conducting and supervising the forensic audit put in place by the  President on the NDDC. You cannot give the IMC that has been accused over and over again of corrupt practices and financial indiscipline to oversee this all important forensic audit designed to make past managers of the Commission account for decades of money wasted and stolen.

It is unfortunate and wicked for the NDDC IMC to set aside such homogeneous sums of money for palliatives for itself when the Niger Delta region and its people wallow in poverty with no concrete projects to point to except clearing of water hyacinths and waterways.

The action of the Pondei led IMC shows the insensitivity and wickedness of the team to the plights of the oppressed Niger Delta people.

Well I hope this revelation by the MD himself won’t be treated as a political banter and one that will be swept under the table like others before it after financial gratifications have exchanged hands. I know that President Muhammadu Buhari will not allow this to happen under his government and I trust the Senate President Dr Ahmed Lawan will also not allow this to happen. The people of the Niger Delta deserve to know what happens to the monies allocated to them by the Federal Government through the NDDC for the development of their region.

The time has come for those who sit atop the billions of naira allocated to the Niger Delta people are called to account for them. This is the time for NDDC managers and others entrusted with huge sums of money to build infrastructure and provide palliatives for the Niger Delta people to open the books to the people of the region to know how much has been allocated for projects in the region and how much has been spent and on what projects. The time for allocating billions to clear just waterways, water hyacinths and such other trivial projects in the region should be halted with immediate effect. The time has come for NDDC manager to open the books and account for every kobo allocated to the Commission. This should go beyond Just any Forensic Audit . It should be about the Peoples Audit. If this is not done, it would imply that the NDDC is not for the ordinary people of the region but for a few privileged Individuals who have turned the Commission into their private ATMs.

See also:  Will APC Remain In Power Beyond 2023, As Tinubu Eyes Its Presidential Ticket? By Uzoma Ahamefule

It is unfortunate that the period of genuine agitation for the development of the region has gone because a few powerful nitwits in the region  have hamstrung with ill-gotten wealth the ligaments that bind the people together. it is right now difficult for people in the region to come together to pursue a common front.

It is sad to note that even the youths who are expected to be at the vanguard of agitation for infrastructure development in the Niger Delta have become tools in the hands of the rogue manipulators just to protect their personal investments. These youths no longer have the moral strength and the collective will to resist the brutal rape of the region by these thieves and vampires because they have been compromised financially.

I won’t be surprised if tomorrow a few disgruntled elements from the Niger Delta region are handpicked to lead fathom protests to the National Assembly calling on the Senate President and other principal officers of the National Assembly to resign for daring to voice opposition to the massive stealing and looting of the common Niger Delta patrimony, just for a bowl of fisherman soup!

How can we grow as a people and garner the needed support to create a region that will be the envy of the world if we continue like this?

It is on record that past and present governors from the region have over the years collected huge sums  of money running into trillions of naira from 13% derivation and other sources for the development of the Niger Delta but fretted them away on personal desires.  Curiously they have not been called to account for their misdeeds. They still walk freely and jostle for political powers in the region without shame! The norm now is: steal plenty and give out a little and your sins will be forgiven. People now believe that that is the norm and that calling for accountability is out of place.

Can anyone then blame those who would also want to collect their part of the cake? It is very very sad to note that the natural resources from God, which should have been used for the common good of all have become the source of palliatives for a few heartless elements who are privileged to oversee the affairs of the NDDC. Sad and very very sad indeed!