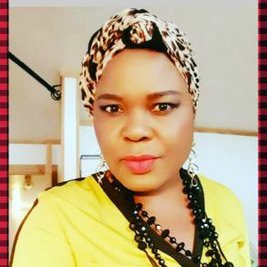 Not until the reported abduction of over 200 young school girls from Chibok in Borno State, North-East Nigeria in April, 2014, the menace of the Boko-Haram insurgency in Northern Nigeria never gained prominence in global discuss. The#BringBackOurGirls awareness campaign on the Social Media sparked an international outrage and pressure on the Nigerian Government and the Western world to get their acts together to secure the release of the abducted school girls.

There have been reported cases of abduction in the North-East before the #Chibok incidence, several thousands of young boys and girls were forcefully adopted from their sleep, schools, homes and farms. In most cases, villages were sacked, police stations and posts were overran by these insurgents, leaving villagers to their fate. This was a common situation for years, living inside the forests of Borno was far more safe for residents than their homes and villages.

Today, there are over 2,000,000 internally displaced persons (mostly women and children) from the insurgency in North-East Nigeria and another 80,000 taking refuge in neighbouring Cameroon according to figures from the Nigerian Emergency Management Agency (NEMA).

The displacement of children from their homes is staging a huge problem for the region and the Nigerian government, these children are no doubt “out of school”. Record shows that Northern Nigeria has the highest number of out of school children in Africa and possibly tops the chart globally, before the outbreak of the Boko-Haram insurgency, the Nigerian government in association with diverse international organizations were stepping up campaigns and strategies to get out of school children to the classrooms.

The low literacy and numeracy rates are exacerbated by the number of children who are displaced, separated from families or orphaned; large numbers of displaced teachers; and schools that have been destroyed or closed due to the violent extremism in the area that targets the very education that is Nigeria’s best hope.

Government’s effort in arresting this huge humanitarian need as well as fighting the war on insurgency simultaneously cannot be rated successful without the inputs from“Good Spirited”Nigerians and International aid organizations providing relief materials for the displaced Nigerians.

The role of philanthropy in fighting the humanitarian crisis in North-East Nigeria cannot be carpeted, the last administration of Dr. Goodluck Jonathan inaugurated the Victims Support Fund Committee, with a primary responsibility of sourcing out support funds both from public and private pockets for victims of the insurgency in North-East Nigeria. The committee was headed by former Nigeria’s Minister of DefenseAlhaji T.Y Danjuma.

Africa’s richest man and billionaire, Alhaji Aliko Dangote, the Borno State born Alhaji Mohammed Indimi and Nigeria’s Former Vice-President, AtikuAbubakar amongst others have been in the forefront in tackling the humanitarian crisis in the North-East.

So far, Nigeria’s Aliko Dangote has made donations and pledges worth over 3.2billion Naira ($16,076,384m) to displaced Nigerians in the North-East and most recently he made a delivery of 106 trucks of food and relief materials to IDPs camps across North-East Nigeria through the Dangote Foundation.

See also:  Education: How The North Got It All Wrong, By Ahmed Joda

The AtikuAbubakar founded American University of Nigeria (AUN) in Yola, Adamawa State is also making huge mark in addressing the humanitarian crisis in North-East Nigeria. The AUN works in tandem with the Adamawa Peacemakers Initiative (API). The Adamawa Peacemakers Initiative was formed in January 2012. It was a reasoned response toincreasing threats of violence and growing mutual suspicion in Nigeria’s northeast.

API has ongoing projects such as “The Peacemakers” television show, annually celebrated PeaceDay, “Peace Through Sports” tournament, Peace Lecture Series, IT training and literacy programs, and the Grand Alliance for Adamawa with which the organization and the American University of Nigeria foster peace through education, empowerment, and community development.

This partnership unites academic leaders of the University and religious and community leaders ofAPI in the pursuit of peace and reconciliation.

Recently, the API launched theInsurgency Intervention Fund, a N1 billion (one billion nairacontributory fundraising program that is designed to assist in rehabilitating IDPs in violence proneAdamawa State.The N1billion Intervention Fund would be raised in tranches of N200 million (two hundred million naira only) over a twelve month period will seek to reach out to various individuals,local and foreign organizations.

So far, the AUN-API team feeds and houses over 300,000 Internally displaced persons in AdamawaState, according to available statistics,the AUN-API Team supplied food, medicines and relief materials to over 163,500 households through local religious and community-based organizations in the state in December 2015.

The AUN President, Dr Margee Ensign, who chairs the API, claims that the organization has initiated numerous programs in the community to benefit both indigenes and IDPs.

“We have the all-year-long ‘Peace Through Sports’ program, two major income-generating projects for community women, and a new literacy program christened ‘Technology Enhanced Learning for All’,”

In addressing pressing issues of education amongst displaced children in Adamawa State, theAUN is partnering with local religious and community leaders to establish a program for vulnerable Nigerian youths Christened “Feed and Read” program.The “Feed and Read” program offers a low-cost, highly scalable and replicable plan to address the situation. According to AUN President Margee Ensign: “Carefully targeted, modest amounts of assistance and practical intervention, make it possible to put the brakes on the accelerating suffering.Within six months our goal is to get all of the participants to be able to read and do basic arithmetic, addition, subtraction, division and multiplication of two digit numbers.”

InYola, North-East Nigeria, there are hopes for displaced and out of school children, even as government is vamping up efforts to return displaced persons back to their towns and villages.

No doubt, it remains a struggle betweenHumanityandInhumanity.