Africa’s undisputed Icon for Democracy and Anti-Corruption marks his 80th Birthday on December 17th, 2022. Although Muhammadu Buhari’s initial rise to power, almost four decades ago, was as the military leader of Nigeria – Africa’s most populous nation – he has transformed, over the years, into an earnest advocate for democracy and constitutional order. However, even as a military ruler, one of the most memorable achievements of his first tenure in government, was an anti-corruption campaign that eventually resulted in the prosecution of many culpable persons; as well as the recovery of huge amounts of cash and other sizeable public assets that were illegally acquired. Baba Muhammadu Buhari’s reincarnation as a civilian leader in 2015, revived the yearning of millions of his compatriots for the return of his unique type of leadership, which is based on the formidable magnetism of his personal example of honesty, integrity, transparency, and accountability. Since his return to political power, President Buhari has spearheaded an anti- corruption culture, which seeks to institutionalize the reforms by encouraging individual citizens to take ownership of them. No wonder the zero-tolerance policy of the Buhari Administration against corruption has already yielded results from the seizure of assets and properties bought with embezzled money from the Nigerian taxpayers. President Buhari’s remarkable success in tackling corruption at home, obviously impressed his brother African leaders, who unanimously nominated President Buhari in July 2017, as The African Union (AU) 2018 Anti-Corruption Champion for the 30th Summit in Addis Ababa, Ethiopia. Meanwhile, perhaps the most enduring legacy of Baba Muhammadu Buhari’s Presidency is his strong commitment to the respect of the constitutional order and the limitations of the presidential terms because he believes the democratic alternation is the pillar of a true democracy and a prosperous country. President Buhari has always brought his larger-than-life stature and credibility to manage each opportunity where reactionary political actors have sought to either subvert, repress, or silence the popular will of the struggling African masses. 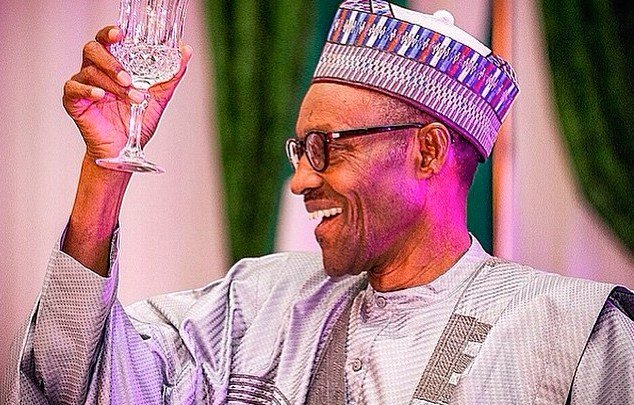 For instance, in January 2017, President Buhari discharged, in a very exemplary manner, a unique mandate, as The ECOWAS Mediator who ensured that the former long-time Gambian ruler, Mr. Yahya Jammeh, handed over to his duly elected successor. Furthermore, on a very personal note, in June 2019, President Buhari did not spare his effort to find a solution in the political crisis that shook my country, the Benin Republic. It took the forthright, fatherly intervention of President Buhari to secure my release from an unjust two-month house arrest. Following my release, it took 8 months to nurse me back to health in Abuja, Nigeria and Baba Buhari relentlessly made sure I was well taken care of.
Last but certainly not least, I cannot fail to mention the decisive role played by President Buhari in the fight against the scourges of insecurity and terrorism in Nigeria and in the sub-region.
As Baba Muhammadu Buhari celebrates his 80th Birthday, my entire family and I join his beloved family and the grateful people of Nigeria, in thanking ALMIGHTY GOD for mercifully granting him the grace to witness a milestone that few Africans can take for granted. We also pray that ALMIGHTY GOD will grant Baba Muhammadu Buhari many more years of excellent health and divine wisdom, to enable him to provide more sage counsels and fatherly guidance to Nigeria in particular; and Africa, at large!
Happy 80th Birthday, Baba Muhammadu Buhari!
Dr. Thomas Boni Yayi was President of The Republic of Benin (2006 – 2016), Chairman of The African Union (2012 – 2013) and is ECOWAS Mediator for The Republic of Guinea.