Home OPINION COMMENTARY Card Reader May Be A Coup To Achieve Stalemate For Interim Government,... 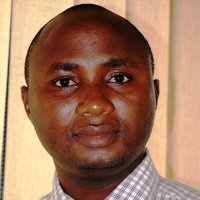 As a group, strongly committed to sound democratic ideals and robust youth participation in politics, we are saddened by the emerging developments in our nation in the build-up to the conduct of the 2015 general elections. From the facts available to us, the signs are ominous: we are in a deep mess and heading toward a major electoral disaster.
Everything points to the fact that the Independent National Electoral Commission (INEC) may have bungled the entire electoral process, either by choosing to hide its inadequacies for a long time or a deliberate act by moles within, to sabotage the elections.
We make bold to say that we have our fears that the conspiracy to achieve an interim government may have been a ploy cooked before now with the use of the card reader machine.  We wish to remind Nigerians that the House of Representatives saw this untidiness ahead, when it passed a motion on January 13, 2015, asking INEC to allow the use of the Temporary Voter Cards (TVCs) for the 2015 elections.
While we share the concerns of Nigerians in using an untested machine for highly sensitive elections, we are equally mindful of the serious danger it portends for the elections.  We are disappointed that INEC deliberately chose not to experiment the card reader for any of the elections it was opportune to conduct between 2012 and 2014.  The last was a Senatorial bye-election in Niger State, which could have been another veritable platform to test the card reader.  Why is INEC putting Nigeria through this great risk of uncertainty?
On all fronts, either by legal implication – based on the electoral act, or by defect in operation – as revealed in some tests carried out in the training of poll officers, the card reader is likely primed as a booby trap to cause a stalemate. If INEC insists and proceed with the card reader system, there is a high tendency that a good number of the machines will not be properly operated and consequently fail on the first Election Day across the country.  The consequences will destabilize the nation.
We also suspect a secret plot to use the court to nullify the outcome of the general elections, citing the violation of the electoral act, if the elections fail to meet the expectation of some people.   They will rely heavily on Section 52 (2) of the Electoral Acts, which states that, “the use of electronic voting machine for the time being is prohibited.”
We must know that voting on Election Day is a total package which includes identification and verification of persons for voting.  The card reader is an electronic platform for verification and identification and it forms part of the voting process, giving the election an outlook of e-voting.  INEC ought to have listened to the House of Representatives and avoid this controversy.  It is never too late.
Although, INEC chose to ignore the wisdom in the patriotic decision of the House of Representatives to allow TVCs; however, recent developments have now exposed its imprudence.   For us, the number one priority of a patriotic electoral umpire is to ensure that no eligible voter willing to vote within INEC’s timeframe is disenfranchised by its inadequacies.
If millions of Permanent Voter Cards (PVCs) are available for collection, and yet millions of Nigerians are daily visiting INEC centers to get their PVCs unsuccessfully, it simply means INEC has not got it right with PVCs distribution.  We must call a spade a spade and address this problem.
It is surprising that with the abundance of technologies in the world that aid easy identification and distribution of cards, INEC chose to put Nigerians through the rigour of queuing endlessly to obtain their PVCs. The Federal Road Safety Corp (FRSC) is an institution like INEC, and it has adopted an effective Driver’s License collection system, which allows owners to produce a code sent via sms to their phones. This code makes it very easy for the FRSC staff to identify each card and deliver within a few minutes. Why can’t INEC do this?
INEC got four good years to adopt the best practices for the 2015 general elections and experiment the card reader in smaller elections, but failed to do so.  It is dangerous for INEC to ignore the advice of the House of Representatives at this very challenging moment.
As a group, we urge INEC to listen to wise counsels and do the needful.  The peace and stability of Nigeria must be placed above all other interests.  Electronic technology is good for election, but it must not come at the expense of national peace or undermine the nation. We submit, as a concerned youth body, that whatever is not tested before the 2015 general elections, should not be tasted for the elections.

See also:  ASUU Is The Problem Of Education In Nigeria, By Prof. Godspower Ekuobase