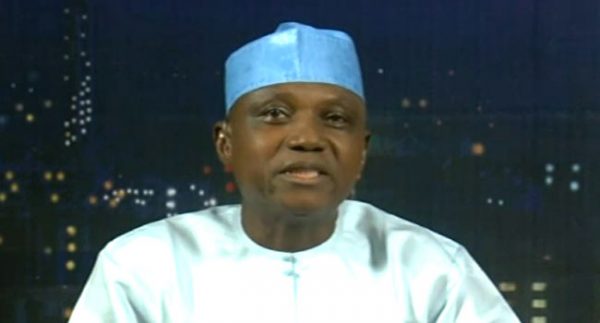 The Daily Trust is right: it is important for those seeking power to set priorities –and once in office stick to delivering them.

The key themes of an election campaign are not the same as the priorities that are then set, nor policies that are required to be developed and implemented when a party and president are in elected office.

Those depend on many factors: the true state of the treasury when they arrive and the capacity of the supporting infrastructure along with the tools required to deliver on the elected government’s agenda.

In addition, the nature of events means that no government elected for two terms could possibly justify continuing only to deliver the agenda it set in the first election campaign that brought it to office some five years previously. The society is dynamic and so is Governance.

All of these factors, and the fact that governments must renew themselves and their ideas whilst in office mean the President Muhammadu Buhari administration is right to set an enhanced series of objectives for the coming years.

This does not mean that the initial three priorities which led to the historic changing of power through the ballot box from an incumbent to the opposition for the very first time in 2015 are in any way abandoned. They are not. Those three priorities are themes which can easily be mapped to the 9 priorities.

The President’s commitment to fighting corruption cannot be seen more strongly than through investigations underway into the affairs of the Economic and Financial Crimes Commission, EFCC.

That such an investigation is occurring at all is demonstrative proof that no-one – no matter of their position in public life – can any more believe they can break the law and not pay the penalty.

The fight against Boko Haram continues and will do so until they are fully and completely defeated.

The fact the terrorists increasingly flee from direct conflict with the military, and instead focus their ever-decreasing capacities on the civilian population may, tragically, drive news headlines by this and other newspapers: but it is also proof they are severely and irreversibly retreating.

And the economic revival of Nigeria, whilst set back in our country by coronavirus – just as is the case worldwide – requires more than will. It requires plans to implement. After the economic shock coronavirus has brought not just to Nigeria but to potential overseas investors, it is time indeed for an updated and enhanced plan.

It is these nine points that will deliver on the president’s and government’s priorities in the remainder of their time in office. Perhaps for ease of understanding imagine the 3 priorities as the top of a mountain and the priorities as the pathways to reaching the summit.

This is, and remains, CHANGE administration, and one that is achieving its own renewal in office.

If Anything Happens To Our Reporter, Fani Kayode Should Be Held Responsible, Daily Trust Alerts Police

If Anything Happens To Our Reporter, Fani Kayode Should Be Held Responsible, Daily Trust...