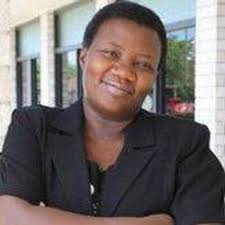 Dr. Stella Immanuel is actually a Camerounian but trained in Nigeria. She appears to have taken up a campaign in support of the use of hydroxychloroquine and this has generated a lot of controversies.

There are too many hypes and conspiracy theories about this COVID-19 and we don’t know which one to believe. I am a scientist and I know that scientific data can be rigged to suit a narrative. Some publications support the hydroxychloroquinine + Zithromax + Zinc cocktail. Their explanations of mechanisms of action are plausible. Some other studies suggest that the results are not reproducible while others believe that we don’t yet have sufficient empirical data to accept same. As a Toxicologist I have been exposed to the politics of scientific narratives. Those who have the money call the shots. It depends on whose interest is on the line and the person or intetest sponsoring the research. Just like in every aspect of life, global politics colours policies on drug acceptance and big pharma companies are making money from people’s life. Chloroquine a  cheap drug that treats malaria was phased out to let in far more costlier  artemisinine based drugs. Yet when all fails we still resort to chloroquine or quinine. Sure chloroquine is toxic but on a balance of scale it’s usefulness most times weighs higher than it’s toxicity. In making a choice on global treatment protocol, those who control the gateway to knowledge have the final say. Unfortunately Africa is nowhere near that gate.

The pathophysiology of diseases show that there different manifestations at the different stages of  a disease and different drugs are more efficacious at some stages. What is more generally accepted by physicians is that hydroxyhloroquine is efficacious in  preventing the onset of COVID-19 or treatment of COVID-19 at the early stage by which stage the cytokine storm has not occurred. It is most likely that once clinical symptoms are at full blast to elicit hospitalization hydroxychloroquine may no longer be helpful. (see attached videos). If this is the case then it is not very trite to make it pass as if hydroxychloroquine is the miracle drug for COVID-19. Unfortunately some people never understand what is happening to them until they are fully down by which time hydroxchloroquine may no longer be relevant.

In the chess board of COVID-19 there are several players. The FIRST group are those who are driving the agenda that there is no cure to COVID-19 and that the only remedy is vaccine. This group led by Dr Fauci and Bill Gates  are suspected to have an agenda and have been accused of playing some key roles in the evolution of COVID-19. ANONYMOUS, a powerful interventionist group in America hacked the websites of Bill Gates, NIH, Wuhan Virology laboratory and WHO and claimed that there were evidence of conspiracies and collaboration to create and unleash this and pursue and promote the international vaccination programme to achieve agenda ID2020 which will usher in the so-much talked about “new world order”. Unfortunately all purported evidence posted by ANONYMOUS on the internet, facebook, Instagram and other social media were immediately pulled down and are not available for review.

The SECOND players are those who are opposed to the international vaccination programme. Within this are again sub-groups. The first subgroup are those who genuinely believe from emperical evidence that some types of coctails like hydroxchloroquin + Zithromax + Zinc or some antiviral drugs like Remsidivir and of recent Dexamethasone works. They argue that drugs work and there is no need for vaccine, especially when research has not shown clearly the capacity of the virus to elicit sustained immune response. The second subgroup are those paid by Pharma companies to sustain their business and to shoot down efficacy of some drugs in favour of their funders product. This group is driven by economic interest to join the campaign for use of some drugs even when they have no hard evidence to support their claims. The third subgroup

believe that the global vaccination project  furthers the interest of ID2020 project which they believe is an endtime programme  and must therefore be opposed. They are driven by their religious beliefs and not hard science. This group sees in Trump, their mouthpiece. Coincidentally the right wing political group sees in this a remedy for the obtrusive manner Trump handled the COVID-19 pandemic and for which his political image has been seriously battered. Presidential election is  by the corner and Trump’s image  needs to be redeemed. To do that his narrative that chloroquine is the sure treatment for COVID-19 needs to be sustained. Turning Point USA and Briebart the two organisations that have been accused of sponsoring Dr Stella Immanuel’s campaign have been identified as Right Wing organisations, so obviously that raises some questions. Dr Stella Immanuel has been described by school mates and those who know her to be someone who thrives in controversy. For me this does not matter. As a Primary Healthcare giver, it is very obvious like some of her opposers claimed that she deals only with outpatients and not hospitalized clinically down subjects. Given what I already said most outpatients who report to  Primary Healthcare centres are at the early stages of the disease and will expectedly respond well to hydroxchloroquin treatment. To that degree she may be right.

Some actions with immeasurable coincidences have triggered the CONSPIRACY THEORIES and raised issues on Dr Stella Immanuel’s video.

The fact that it took WHO sometime before revealing information on the outbreak and longer time before declaring it a pandemic?

China has reportedly  restrained their scientists and prohibited publication of certain  research data especially those that have to do with the origin of the virus?

See also:  Nigerians Will Not Welcome PDP, The University Of Lies In 2023

Why Dr Fauci, Bill Gates and their group driving the campaign for global vaccination against COVID-19 even when WHO claimed that there is no vaccine yet? A few is presently undergoing trials. Corona virus is reported to be a RNA virus and because of their nature no antigenic vaccine exists for RNA viruses. Some of the proposed vaccines formula are transgenic products and there is fear that they may integrate into the human genome and could cause gene editing that may be adverse.

In 2000 a movie LOCKDOWN was screened in Toronto, Canada. In 2011 another film CONTAGION accurately foretold Coronavirus outbreak. In 2012 a coalition of scientists announced that one third of the world population must die to prevent wide-scale depletion of the planet’s resources and that human kind needs to figure out immediately how it wants to go about killing off more than 2 billion of its species. According to them that is the only way to sustain human civilization. In 2015 Bill Gates predicted a Coronavirus-like pandemic warning that the next world crisis will not be from nuclear bomb but from a virus.

In 2019 ID2020 Alliance launched a new digital identity program which will leverage immunization as an opportunity to establish digital identity. This means that on immunization you will be injected an implantable chip in your forhead or arm to show that you have been immunized  (just as you are given yellow card on yellow fever immunization). Instructively the chip will become your new biometric identity. Meaning you no longer need to carry any type of ID card. It will also make it easy for you to be tracked wherever you are in the world. It goes without saying that to embark on a global immunization there must be an outbreak of a pandemic. Today Bill Gates an ICT Entrepreneur is leading the campaign for COVID-19 vaccine and digital identity. What is his interest? Is it moral? Is it economic?

Already some world leaders are buying into the project and the enforcement of this program will go with a travel ban, meaning that if you don’t have the digital identity you can’t get any visa. This is why religious establishments are fighting back. They perceive this to be the dooms day prophecy predicted in the book of Revelations. In America the Church believes Trump is the joker to stop the fulfilment of the digital identity project and everything possible must be done to retain him in power. The Pentecostals are at the forefront of this fight to ensure Trump gets a second tenure. Dr Stella Immanuel is not only a pentecostal, she is a pastor, a preacher and owner of a ministry.

The above issues are responsible for the contending conspiracy theories that abound on COVID-19. That is the tragedy in which we are. Which ever you believe, COVID-19 is real and like AIDS it has come to stay. We have to tske responsibility for our lives and personal safety. My take is that with time we will develop immunity and our bodies will learn to tolerate the organism and only those whose immunity are weak will be vulnerable.

For now one general consensus among scientists is that the virus is susceptible to heat. Thermotherapy (heat treatment) is therefore a good remedy especially during the onset of infection. We call it Mama’s pot. Recall that as a kid whenever you have fever your mother or grand mother will boil assorted leaves and wrap you over the steaming pot with blanket. That is thermotherapy. My advise is tha anytime you feel some itching on your throat it is suggestive of an impending respiratory infection. Sometimes it takes between 24hrs and 72hrs for the infectious organism to get down the lungs, so if you can expel it out it is better. What to do- Boil ginger + garlic and put honey and sip it while hot or take hot spicy food or pepper soup, things that will melt and expel mucous from your nose. Do it consistently 3 to 4 times a day for 3 days.

What a lenghty epistle for the morning. Have a beautiful day. Fire Power Ministry. In her Facebook page which has been pulled down she appear to have given herself up by urging Christians to stand up in support of Trump (see attached). This is part of why her “audacity campaign” has attracted a lot of opposition.

It is trite to mention that India is a major producer of Chloroquine. If hydroxychloroquine is the magic drug for COVID-19 as it is being presented then COVID -19 will not be ravaging Indians.

I believe there is sufficient empirical data to show that hydroxychloroquin is relevant for either protection or treatment of COVID-19 at yhe early stage of infection as it inhibits the cytokine storm but once that stage is overcome its use becomes unreliable.

I believe that there are some powerful Pharma companies that are fighting the use of Chloroquine because it impedes their business interest. Chloroquine was a wonder drug discovered during the second world war and was a frontline drug for malaria for almost six decades until Artemisinine was discovered. The WHO quickly put away a very cheap and affordable chloroquine for a far more costly Artemisinine based drugs. Till today there people who never recover from boost of malaria except they take chloroquine. Sure chloroquine is toxic and most drugs are anyway, but weighed on a scale of balance its benefits are far higher. For me the simple solution is to let chloroquine be provided it is contraindicated for susceptible clinical cases and age groups.