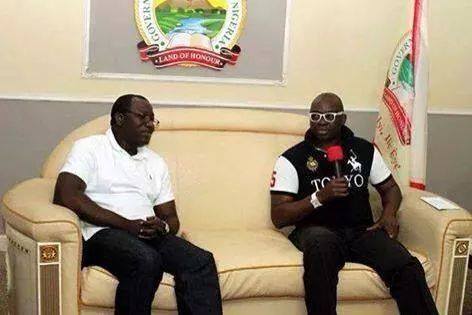 Not even the most politically naïve Nigerian can fail to appreciate that the recent governorship election in Ekiti State is a forerunner to the 2015 presidential elections. The two major candidates in Ekiti: incumbent Governor John Kayode Fayemi and Governor-elect Ayodele Fayose, represent the All Progressives Congress (APC) and the Peoples Democratic Party (PDP) respectively. Taking this into consideration, the outcome of the Ekiti election was always going to be more than just a reflection of what the people think of these individuals. It was also a referendum on the political parties they represent. #EkitiDecides, the social media hash tag created by the Independent National Electoral Commission for Nigerians and the world at large to follow the election online in real time, has been hailed as a universal success. Even die-hard critics of electoral processes in Nigeria, especially those in the civil society sector, have all conceded that the results announced, with Fayose as the winner, reflect the true will of the people. An example worth mentioning here is that of Jibrin Ibrahim, Director of the Centre for Democracy and Development (CDD), the civil society organization which Governor Fayemi led before his foray into politics. Ibrahim declared, “Having spent a week observing the run up to and the election in Ekiti, it appeared clear to me that Fayemi was not rigged out; he was simply voted out by the people…” Also, the National Chairman of the Transition Monitoring Group, Alhaji Ibrahim Zikirullahi, said: “the Ekiti election was generally conducted properly with most polling units opening on time and polling officials following the prescribed procedure. Voters and contestants can have confidence that the INEC result is a true reflection of the will of the voters of Ekiti State.” It is important to reflect the views of these civil society leaders on #EkitiDecides because when #NigeriaDecides in 2015, they are the same people that Nigerians and the international community will look to before concluding if the poll has been conducted freely and fairly. Their verdict on #EkitiDecides is therefore a validation of President Goodluck Jonathan’s longstanding commitment to always ensure that all contestants have a level play-field at all elections in the country. Indeed, let the truth be said: the success of #EkitiDecides, which is being celebrated today, would not have been possible without the commendable leadership shown by the very liberal and exceedingly tolerant President Jonathan. It is Jonathan’s leadership and statesmanship that has consistently allowed the will of the people to hold sway at every election conducted under his watch since he came into office. Besides Ekiti, the list includes Ondo State governorship election, where the Labour Party won; Edo State governorship election, where the APC won, and Anambra State governorship election, where the All Progressives Grand Alliance (APGA) won. Without taking anything away from President Jonathan, it must be said though that perhaps the most significant outcome of #EkitiDecides is that, after the people of Ekiti had expressed themselves at the polls and the results were announced, incumbent Governor Fayemi immediately bowed to their wishes by conceding defeat. This is a first in the annals of Nigerian politics. The rejection of Governor Fayemi and the APC at #EkitiDecides is a clear indication that the party is no match for the PDP. Even in the State of Osun, which is next in line in the elections timetable, the likelihood is that the PDP will trounce incumbent Governor Rauf Aregbesola. This is because he is a governor who has never been tested at the polls, having won his seat through a legal technicality in court. When Osun people go to the polls in August 2014, there is every possibility that the candidate of the PDP may triumph in a free and fair election devoid of violence. In the same vein, in 2015 when #NigeriaDecides will take place, there is little doubt that the PDP will have an easy ride to victory at the presidential polls. The reason for this is not rocket science. Any politically-aware Nigerian knows that President Jonathan, on the basis of his transformational programmes, will have no difficulty in re-emerging as the flag bearer of the PDP. Also, on the side of the APC, former Head of State General Muhammadu Buhari will have little difficulty trouncing anybody who contests for the APC presidential ticket with him. Therefore, with Jonathan and Buhari almost certain to square off again, there is no discerning Nigerian who cannot appreciate that what happened in 2011 will surely repeat itself in 2015.  [myad]‪