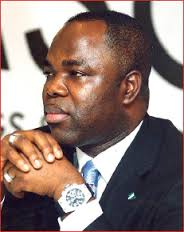 The decision by the Federal government to sell Nigerian Telecommunication Limited (NITEL) and its Subsidiary, Nigerian Mobile Telecommunication Limited (MTEL) in what was termed ‘guided liquidation’ by the Bureau for public enterprises (BPE) was rushed to completion by the Jonathan government with the announcement some time ago of payment by NATCOM Consortium, the bid winner of the remaining seventy per cent (70%) of the bid price of $252.25 million dollars. The liquidation process was the last ditch attempt made by the Federal government to finally sell NITEL/MTEL that has witnessed several failed attempts in the past to privatise the moribund federal government establishment.

My intention here is not to dwell on the various unsuccessful attempts to sell the company by the federal government but to highlight the shocking and startling revelations on the guided liquidation process of NITEL /MTEL which resulted in the sale of the government establishment to NATCOM Consortium at a ridiculous price of $252.25 million dollars. The liquidation process of NITEL/MTEL was anything but transparent. As the name of the effort to sell the establishment suggests, the guided liquidation process was ‘’guided’’ by some government officials to handover the national asset to few cronies of Dr. Goodluck Jonathan. I was motivated, in putting up this piece, by the highest patriotic desire to draw public attention to the handover of the government owned establishment belonging to all Nigerians to few cronies of President Jonathan’s government at very ridiculous price to the detriment of the supreme national interest.

The information from unimpeachable sources indicate that NITEL / MTEL asset was audited by consultants who went round the whole country and, at the end put the value of the asset at the neighbourhood of $1.2billion dollars. The audit of the operational and non-operational vehicles belonging to the company were separately carried out by the appointed liquidator, Olutola Senbore & Co and were not included on the $1.2billion dollar assets the audit consultants proposed as the value of the moribund company.

NITEL /MTEL assets are huge and they include installed equipment throughout the nooks and crannies of Nigeria; digital/analogue exchanges that dot several towns, cities and villages, fiber optic cables across Nigeria and fiber optic cable rings in several cities and towns, highly valued operational licenses, landed properties in choice locations across the country and the lucrative SAT 3 under-sea cable linking Nigeria with outside world which has been operational.

An independent telecom audit firm put the value of NITEL/MTEL before the sale at $1.75billion dollars. Though the company’s operations were shut down in 2007, the fact that most of the equipment are in good condition and can be put into operational use was evident when during the auditing by the audit consultants, some of the exchanges were powered in 2014 and test calls were made successfully.

Chief Olatunde Ayeni, the promoter of NATCOM Consortium, the buyer of NITEL/MTEL is also the chairman of Skye Bank, the same man that donated huge sums of money to PDP 2015 presidential campaign fund,raising at the Villa. He had also donated huge sums of money to several PDP campaign fund raising activities in the run up to the 2015 general elections. Chief Olatunde Ayeni is widely believed to be fronting for President Jonathan, the Vice President Namadi Sambo, that also doubles as chairman of National Council of privatization (NCP) and other PDP big wigs. The rush at which the outgoing government of President Jonathan made to quickly conclude the liquidation of NITEL/MTEL and handed over the company to NATCOM Consortium has left no one in doubt that there are shady deals that Dr. Jonathan government officials wanted to cover up on the huge NITEL/MTEL scam.

Does it surprise anyone that while several current issues of national importance such as fuel scarcity biting the nation hard were left unattended to by the outgoing government, the same government on the other hand made frantic efforts to quickly conclude the liquidation exercise of the establishments before the handover date of 29th of May 2015.

In a meeting held by the National Council on Privatization (NCP) on Thursday 16th April , 2015 chaired by the Vice President Namadi Sambo, it was directed that BPE should handover NITEL / MTEL to NATCOM Consortium immediately even though the bidder had not completed their payment as at that time due to exchange rate issues. The liquidator Olutola Senbore & Co was then requesting NATCOM Consortium to pay the remaining bid price at the then exchange rate. The establishment was eventually hurriedly handed over to NATCOM Consortium on 29th April, 2015

The logical and thought provoking questions Nigerians are asking and to which they deserve honest answers are as follows:

There is a deep concern based on the above facts that NITEL/MTEL has been highly undervalued and that if the liquidation process is allowed to stay, Nigerians would have been brazenly cheated. Nigerians are therefore calling for a review and total cancellation of the sale of NITEL / MTEL to NATCOM Consortium and start the process of selling the company all over again and give all bidders fair and equal opportunities for the benefit of all Nigerians and the country at large.