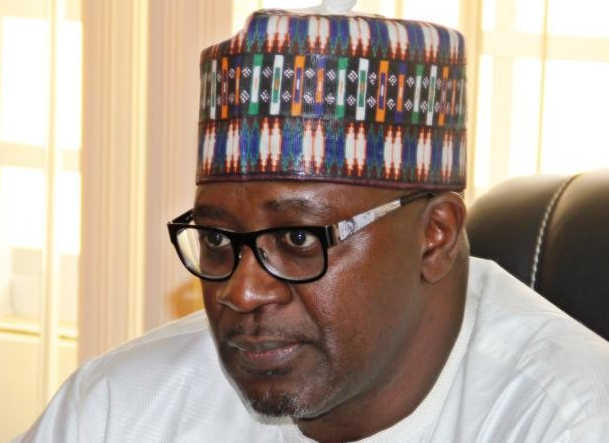 At a reception on Sunday, August 7th, 2022, Benue State Governor, Samuel Ortom, confirmed his plan to submit an application, to seek President Muhammadu Buhari’s approval for license to procure AK-47 and AK-49 rifles, to be able to arm the newly-established Benue State Community Volunteer Guards.

Governor Ortom told his audience, that he didn’t contravene the Nigerian Constitution, in passing the law which established the new praetorian guard outfit; it was designed to assist the conventional security agencies in the fight against crime, in Benue State. He went further, that “as long as we make laws that are not in conflict with the Constitution of the Federal Republic of Nigeria, we are right, in establishing the Benue State Community Volunteer Guards”.

There’s not much one can disagree with, in Governor Ortom’s statements, so far. Afterall, many states have similarly established all kinds of security outfits, commensurate with their assessment of their peculiar security needs. There’s the Civilian JTF in several parts of North-Eastern Nigeria, assisting the Nigerian Armed Forces, to confront the Boko Haram insurgency, as well as the more deadly ISWAP. The Southwest States have bandied together, to establish what they call AMOTEKUN.

But with Governor Samuel Ortom in Benue State, in these and related matters, the devil is ALWAYS in the detail. He further told the gathering on Sunday, that although the law which established his new security outfit empowers it to carry certain categories of weapons, “there was a compelling need for them to bear AK-47 and AK-49 to match what the Fulani terrorists have that are killing the people of the state”.

Just about a week earlier, at the launch of the 500-person strong Benue State Community Volunteer Guards, Governor Samuel Ortom, looked very much the part, dressed almost like an old African military dictator; and looked very much like the late Central African Republic’s old dictator, General Jean Bedel Bokassa. And to show how determined he was to give the praetorian guard a semblance of martial seriousness, “Field Marshall” Samuel Ortom, did an inspection of the Guard; he even regularly stopped along the inspection, to adjust the epaulette on the uniforms of those he inspected. Certainly, even the old dictator, Bokassa, would have applauded his Benue clone!

We might have joined in enjoying the joke of a democratically-elected Governor’s martial induction, except that this was a very serious affair. “Field Marshall” Samuel Ortom meant business; and that business is war; or preparation for war! And if other Nigerians are not thinking of a war, then that’s their business! In Benue State, a “Field Marshall” has arisen, whose openly declared intention, was broadcast on live television.

The CHANNELS TV reporter on ground at the ceremony, asked a question, which went straight to the heart of “Field Marshall” Samuel Ortom’s main thesis, the raison d’etre for the new Benue State Community Volunteer Guard. He stated clearly, and I quote him verbatim: “Today, we are sending a message, that Benue State is ready to confront the Fulanis from Niger, from Mali, from Senegal, from Mauritania, from Libya, from Camroun, who want to take over Nigeria as their land”.

When these different groups of the Fulbe decided to “take over Nigeria as their land”, “Field Marshall” Samuel Ortom did not tell his listeners and viewers. Rational discourse isn’t necessary in such instances, because the man cannot win anyone with a rational talk; what’s important, is to whip up the most base emotions. It’s not the Nigerian Federal Government, that’s declaring a war against a people, who happen to be spread across West Africa, the Fulbe; but a subnational state, in this case, Benue State, and its Governor!

“Field Marshall” Samuel Ortom wasn’t done though. He added in response to the allegation that the Fulbe from at least five West African,
and one North African, countries, “want to take over Nigeria as their land”, that “we are going to stop it. We did it 2004 and we are going to do it again”. The interviewer requested to know how effective we’re the laws passed against open grazing of cattle in Benue; to the question, “Field Marshall” Samuel Ortom effusively retorted that: “We have prosecuted; convinced over 400 Fulani herdsmen who have besieged the state. We have impounded over 24, 000 heads of cattle. Those who paid fines, we released (their cattle) to them. Those who did not pay, we were able to auction (their) cattle. That’s what the law says”.

On his new Benue State Community Volunteer Guards, he stated that “this is another phase of ensuring that we secure our land…I AM READY TO GO TO WAR…Enough is enough; we must secure our land…WE ARE READY TO WAGE WAR AGAINST THIS EVIL THAT IS COMING AGAINST US…We stand strong and are committed, and are ready to spill the last pint of our blood, to ensure the security of lives and property in Benue State”.

This is the broad background, against which “Field Marshall” Samuel Ortom, openly declared that he would seek President Muhammadu Buhari’s “favourable consideration”, for the license to procure high grade assault rifles, to satisfy his “compelling need” for his Volunteer Guards, “to match what the Fulani terrorists have…”. And what better person to approve the arms to fight and (possibly carry out a potential genocidal cleansing of the Fulbe from Benue State, than a President, of Fulbe extraction, Muhammadu Buhari! I can imagine that the absurd irony of it all, isn’t lost to “Field Marshall” Samuel Ortom.

The Fulbe have become the ultimate “strawman” for “Field Marshall” Samuel Ortom; and the most ready one to flog, as a diversion from what many observers of Benue politics, have described as the most wasted years, in the recent history of governance in Benue State. But that’s just one side of the story.

The most dangerous aspect of Ortom’s rhetorics and action, is the systematic manner that he has attempted to cleanse the Fulbe, from Benue. That is along with the setting of communities against each other; the manner that his implementation of Anti-Open Grazing Laws have deprived several communities of the Fulbe, of their livelihood, and in turn, helping to deepen the insecurity that he alleges to be fighting.

It is clear that his approach hasn’t built trust, between the Fulbe and other communities, in Benue State. It is the reason for the establishment of a praetorian guard. As well as his incredible decision, to seek approval to arm them with the AK-47 and AK-49 assault rifles. These only gi to confirm what he stated loudly: “I AM READY FOR WAR”! The only line he kept in his mind would be th logical one, being ready to finish off the Fulbe Benue State! The red herring of the Fulani, as the implacable enemy that he must confront, has conveniently been used to divert attention from the maladministration, that’s alleged to be the lot of Benue State.

Reuben noted that: ” After one year in office, Ortom renovated the School of Nursing and Midwives, Makurdi, Benue State, and empowered the youths with plenty of wheelbarrows to hustle”. He added that: “some of his notable achievements after seven years include the failed Amnesty Program; the enactment of the Anti-Opening Grazing Law with a faulty implementation; the construction of less than 1 km of roads in the state capital; the commissioning of a single borehole in Kwande; and the conversion of the Cargo Airport signage to IDP Mega City”.

On a final note, Anugla Bishop Reuben summed up the years, under “Field Marshall” Samuel Ortom thus: “Benue State has become a brewery of hunger, poverty, unemployment, corruption, and underdevelopment under the leadership of Governor Samuel Ortom despite earning close to 1 trillion Naira through monthly allocation disbursed by the Federation Account Allocation Committee (FAAC), alongside the State’s Internally Generated Revenue (IGR), loans, bailout funds, Paris Club Refund, and other sources from June 2015 to December, 2021.

Yet Benue State is still struggling with a very high debt profile and insecurity despite receiving millions of security votes to protect the Benue people”.

“This clearly demonstrates that our Governor is the laziest public servant in Nigeria; he sits idle and waits for federal allocation from Abuja every month, unable to think outside the box in addressing our numerous challenges.”

This unwholesome backdrop, might just be a very convenient reason, why the “Field Marshall” Samuel Ortom, has chosen to carefully rev up the anti-Fulani discourse. It has proved a winner in the past; able to divert attention from the ineptitude in governance. A year to the end of an eight-year tenure, might just become a new opportunity to mount again, the old hobby horse of anti-Fulani hysteria, by the “Field Marshall”, Governor Samuel Ortom.