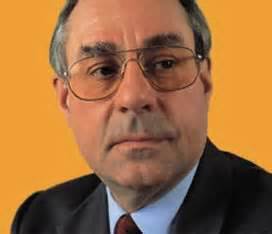 After Syria, Iraq and Libya, trouble for the West could be brewing in corrupt Nigeria. Goodluck Jonathan is a Bad News president.
Three months after the abduction of more than 200 schoolgirls there is still no sign of them. Slowly, too slowly for the teenagers who made the perhaps fatal mistake of wanting to sit their exams, it is becoming clear that the president is largely indifferent to their fate. As he is no longer in the Western spotlight, President Jonathan has lost any sense of urgency. One day he will wake up to find he has lost his country too.It’s not just our flickering attention span that now makes the West complicit in this crime, or its tardy solution. It is part of a broader betrayal, a sense of hopelessness that makes us too quick to wash our hands off problems too difficult to solve. You could call it PontiusPilatePolitik.
Remember how we demanded that Bashar Assad step down as Syrian leader?
We don’t do that any more; apparently we may need him to defeat Islamist terror. Apparently we may need Iran too. As for the Western hard line on Vladimir Putin’s encroachment on Ukraine, you may notice we don’t mention Crimea much any more.
And so it is with President Jonathan. Forget the dizzying desertion of his responsibilities to his citizens—they are after all his citizens, not ours. Let’s move on, cry the apologists. Look where gun-toting sheriffing of the world got us in the past decade. Syria, Iran, Russia: they are not measures of our retreat from the world but just a recognition of the limits of our power, a new realism.
One day soon an EU or State Department official will let it be known—strictly off the record, mind—that the West needs President Jonathan in a rebranded war against terror.
Tell that though to the girls wrenched from their boarding school in Chibok. The social media campaign
‪#‎bringbackourgirls
picked up momentum because the education of girls was such an obviously universal cause; its denial by force so obviously a crime that affected more than the northern Nigerian province of Borno. A state worthy of its name had a duty to shield them.
Its continuing failure to do so is not comparable to the president’s other failings: his patchy record on bringing electric power to the country, the terrible roads. That is up to Nigerian voters to decide in next year’s election. When a government abandons its children though, it is time to step in.
The locals are calling for an intervention by the United Nations. It is easy to understand their plea.The novelist Ben Okri warns of a crisis “that if not contained could trigger something terrible in our country.”
It has gone, he says, “beyond anything the government is equipped to deal with.” He’s right.
Inaction, the washing of hands, is the worst possible response to what is going on in Nigeria. At the Berlin Conference, in 1885, Bismarck steered the European partition of Africa. Today the European Union, poised to integrate more closely, and reluctant to engage elsewhere in the world, has become a numbed spectator to a new era of partition—in Syria, Iraq, Libya and, if the centre collapses, in Nigeria too.
The malevolent power of Boko Haram may be exaggerated by President Jonathan in an effort to legitimize his rule; he is a leader in search of enemies. It thrives, though, on popular disdain for the corruption of the Jonathan government, and for the army of which he is commander in chief.
Last February, the president suspended the head of the central bank of Nigeria, Lamido Sanusi, who had pointed out that $20 billion was missing from the national oil accounts. Earlier he made enemies by sacking bankers, demanding the dismissal of thousands of civil servants and accusing a minister of leasing her own private planes to the government.
Sanusi, now the emir of the northern fiefdom of Kano, is a man to whom we should be talking. We napped in the years ahead of the Arab Spring, getting into bed with dictators who served our commercial interests and missing the rumble on the street.
Now, as we flee any knotty international problem, we risk being on the wrong side of a brewing African Spring.
The corruption of African states has to be our concern in shaping aid and foreign policy. Crooked officialdom worries the new middle class of the continent’s fast-growing countries because it is beginning to destabilize governments rather than consolidate tribal loyalties; it must, therefore, become part of our calculations too. Nigeria could have been as rich and as self-confident as Indonesia. Instead it is teetering on the edge of chaos, its poverty of ambition exposed by the fate of 200 girls held, and perhaps brutalized, by fanatical Islamist hoodlums somewhere in the northern forests.