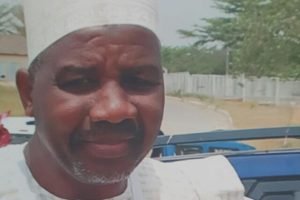 All praises, exaltation and glorification are due to the Almighty Allah, the Creator and Controller of the Universe. May His benedictions, ceaseless peace and unquantifiable blessings be unto the Best and Leader of all creatures, the most Beloved of the Creator, the Chief Intercessor on the day of judgement, Muhammad RasuuluLlah (SallaLlaahu alaihi wa sallam).

Today marks a significant milestone in the history of the Ebira speaking people of Nigeria with the advent of this noble project whose product is being presented to you today. It is the delight of every Ebira Muslim as well as other Brothers and Sisters from other linguistic persuasions to have been blessed with another language being added to the list of the languages through which the meaning and context of the words of Allah SWT are translated for deeper comprehension. We glorify the Almighty Allah for His mercies and benevolence which led us to this attainment. Alhamdulillah.

The Committee was brought together through Almighty Allah’s providence over 10 (ten) years ago, under the chairmanship of Alhaji Ademoh Isa Ovurevu (a retired Director of Agriculture, FCDA), who has gone back to Allah over a year ago. (May Allah SWT have mercy on his soul and accept his efforts as Sadaqatul-Jaariya, Aameen). His house served as a Secretariat as well as lodge for the Translators during the periodic meetings of the Committee, while also funding the logistic requirements of the effort till he departed this world. 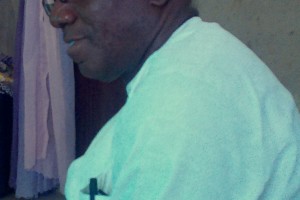 Alhaji Yusuf Ozi Usman, a veteran journalist, attached to the Presidency, author of many books, (including Ebira Dictionary) and a Publisher, was instrumental to the conception of the Committee, where he called the foundation meeting comprising of the Chairman, Alhaji Ademoh, the Secretary, Murtada Abd al-Rahman and himself). He also brought his robust knowledge of the art of translation to bear in the Committee’s work, with adherence to the currently accepted format of rendering Ebira Language in writing.

Ustaaz Musa Salihu Ogaminana, an Islamic scholar, a teacher and Imam, was initially working independently on the Qur’anic translation before he was invited to join the Committee in Abuja for a holistic and robust team work. Ustaaz Musa Salihu was able to contribute a greater portion of the translation work which was edited by other translators, while he also edited the work of others.

Sheikh Moosa Yousuf Onogu, a renown Islamic scholar of repute, a tireless activist on Islamic propagation and a selfless community supporter, remains the Propeller and Conscience of the Committee. Allah SWT may have made him a strength for the committee in order not to allow inertia to overtake the noble work that has come such a long way. He was literally on the neck of every member of the Committee, pushing, cajoling, alerting while also translating and editing as well. He was mainly instrumental to the convening of this event today. May Allah SWT continue to preserve and strengthen him in the service of Islam and humanity, Aameen.

Ustaaz Ismail Nuhu Abarigi, an Islamic scholar, activist and a lecturer of Arabic and Islamic Studies at the University of Abuja, brought his scholarly and tutoring experience to aid in the translation and editing. Sheikh Moosa Onogu and Ustaaz Isma’il have spent most times together running into days after every committee meeting to bring the work to the current level.

Kabiru Ademoh Isa is the eldest son of the founding chairman of the committee and has been invited to continue in place of his father as a Host and member of the Committee. He has since then been active and supportive, following the footsteps of his father in ensuring that the work of the committee continued unabated.

See also:  For Oshiomhole, It’s Not A Requiem, By Patrick Obahiagbon

Myself as the current chairman, I volunteered to serve in the committee after the demise of the foundation chairman and have tried my modest best to support the effort within the limits of my meager resources for Allah’s sake.

The Secretary of the Committee, Murtada Abd al-Rahman, who is also the Imam of the neighbourhood Masjid built by Alhaji Ademoh (of blessed memory), provided secretarial coverage for the project, structured the proposal that forms the foundation of the effort while documenting the efforts of the committee and providing support services to ensure the continuity of the work.

The Printer of the work, Subhaan Muhammad, has been with the Committee since inception, printing and re-printing all the scripts for correction continuously and committedly without receiving payment for workmanship. He was co-opted into the committee considering his appreciation of the worthiness of the work.

We are pleased to announce that the project is almost completed, with about half of the translated manuscripts edited. We have only been able to print the thirtieth part (Juz’i), based on available resources. We are ready to commence the printing of the subsequent parts, and this is where the support of individuals and organizations are needed. We are not ‘launching’ the printed copies, rather, we want to encourage Brothers and Sisters to, in the spirit of Sadaqatul-Jaariyah, contribute towards the production of at least 1,000,000 copies for distribution to all the nooks and crannies of indigenous Ebira speaking areas in States of Kogi, FCT-Abuja, Nasarawa and those resident in different parts of the country and abroad, with a population numbering over 7 (seven) million.

The second phase of this project is expected to produce Audio CDs containing the exact translation of the Qur’anic verses rendered succinctly to support smooth reading of the printed texts.

Pledge Forms are provided for filling by intending personalities willing to donate Fee-SabeeliLlaah for the completion of the project which will involve a lot of printing and administrative costs.

The Committee would like to commend the Kingdom of Saudi Arabia and the Custodian of the 2 (two) Holy Mosques (Haramain), for the enduring and lofty effort of propagating and disseminating the message of the Glorious Qur’an all over the world through consistent support to genuine efforts of translating the Holy Qur’an in diverse languages across the globe. We pray that may Almighty Allah SWT continue to strengthen and guide them in this Godly service.

This body is deeply pleased that today, the Kingdom of Saudi Arabia and the custodian of the two Holy Mosques are present in this hall, as ably represented by His Excellency, Adnan Bin Mahmud Bostaji. We are very hopeful that this important presence will go a long way in helping us realize our dreams.

We hearken to state that we will be very much appreciative of any constructive criticism, objective observations and contributions to the technicalities of the work which we will gladly reflect in the main printing that is coming later.

We sincerely appreciate the presence of everyone that graced this occasion and congratulates all for being part of this lofty and historic effort. May Allah SWT accept all our efforts and grant all journey mercies back home, Aameen.