Home OPINION COMMENTARY How Nigeria Can Win In 2023, By Fredrick Nwabufo 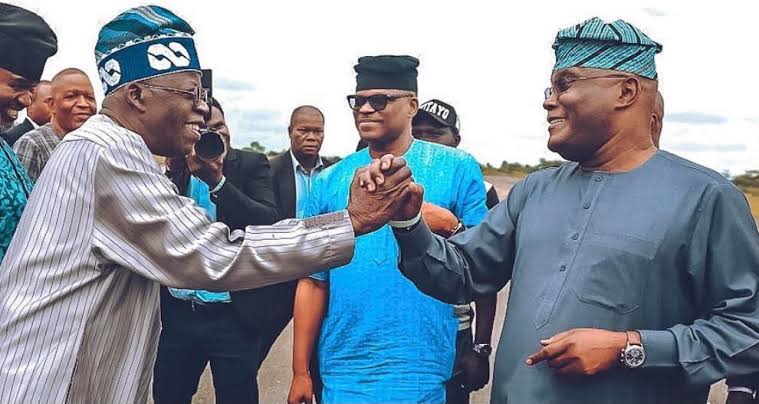 Twenty twenty three is a defining year. We, the people, will decide our fate. We will decide whether to retreat to the years of the locusts where public funds were milked from the national till; where impunity ruled over the land; where there was a lack of accountability; where soldiers drowned in blood in thousands because funds for the purchase of arms were appropriated by light-fingered agents of government; where lies were the language of the establishment, and where deceit was poetry, or to continue to advance on the trajectory of financial discipline, diligent resource allocation, and colossal infrastructural development.

We will decide whether to return to ‘’governance “Sobibor’’ or to soldier on to a future of greater possibilities. 2023 can be ours. Challenges are expected, but we can win. In our hands is the power to forge our own destiny, and to determine the trajectory of our country in the next few years. Yes, we wield that inexorable power to shape or impair Nigeria. But we must make Nigeria. We must apply this cosmic power responsibly – not to serve personal ends but to preserve our collective interest as Nigerians.

Good governance is heterogeneous, and so is bad governance. We are potential victims or victors, depending on the choice we make on February 25.

The elections are a few weeks away, and destiny beckons. Nigeria can win. Nigeria will win if we elect the candidate who has shown a personal example of leadership, who has shown preparedness, demonstrated competence, expansiveness, and character, and who has put forward a clear and plausible plan for the development of the country.

I have studied the plans of the leading presidential candidates. I have listened to their stump speeches, and I have followed their pristine thoughts. One candidate stands out, and that is Asiwaju Bola Ahmed Tinubu. I say this with all sincerity. I look into the future, and I see promise for Nigeria with Tinubu as president.

As I said in the column, ‘We need the Nigerian dream and identity’, inspiring citizens to dream the Nigerian dream through deliberate policies and good governance, should be a priority of the next leadership. Nigeria needs corrective leadership in 2023. No government has it all figured out. Progressive leadership is corrective leadership. It is important that the next government consolidates the achievements of the current administration and make adjustments where necessary.

I believe, in Asiwaju Bola Ahmed Tinubu resides the courage to inspire citizens to dream the Nigerian dream of hope, national unity, mass prosperity and self-actualisation.

Recently, the APC presidential candidate made a valiant statement on axing petrol subsidy and other economic drainpipes. What many will consider a political suicide attempt.

He said: “By all means, you must have electricity. And you won’t pay for estimated billing anymore. When I become president, multiple exchange rates will go away. Write it down. How can we be subsidising fuel consumption of Cameroon, of Niger, of Benin Republic. No matter how long you protest, we are going to remove subsidy. We can do it. We are educated enough.’’

The honesty, courage and forthrightness exemplified by Tinubu in this instance is infectious. He did not dilly-dally or play around the critical issue with political chicanery; he made a firm statement and asked Nigerians to hold him to his word.

Petrol subsidy is a Venus flytrap. Tinubu is right. Petrol subsidy has to go. It is unsustainable. In 2023, it is projected to gulp about N7 trillion. Nigeria needs a leader with the mettle to take tough decisions for the greater good. I believe Tinubu is that leader.

I had argued for the removal of petrol subsidy even when it was unpopular to do so years ago. So, my standpoint on this matter has been consistent.

In 2021, I wrote that Nigeria needs a leader who can take tough decisions like removing subsidies on petroleum and electricity for instance; vacuum the tax system and make heads roll – if need be. The argument for subsidy retention is an emotional one that discounts the filth in the system. Nigeria is a quasi-socialist country, a highly subsidised country. Corruption thrives partly because of the regime of subsidies.

Any dauntless leader willing to reform Nigeria must be ready to be unpopular because the status quo will fight back — and will do so ruthlessly.

Virtually every essential commodity or service is subsidised and does not reflect true value. The subsidy regime is clearly unsustainable. Kerosene, which is the common energy of the poor, was de-subsidised; diesel as well, yet petrol which sells for over N700 per litre in Ghana – an oil-producing country — is scandalously buffered. Who does this benefit?

The NNPC said it spent N541.65 billion within six months in 2021 on petroleum subsidy. Between 2017 and 2020, the company was projected to have spent over N1.53 trillion on petroleum subsidy. The reality is that the current price of petrol in Nigeria does not reflect its actual value vis-a-vis the prevailing global market value.

But if the poor can afford a basic commodity like kerosene which sells for N947 per litre without subsidy, why should petrol mostly utilised by the middle and the upper class be N195 per litre? Who does the subsidy regime serve? The masses or some industry leviathans and wolves?

I believe Nigeria will win with Asiwaju Bola Ahmed Tinubu, presidential candidate of the All Progressives Congress (APC).

Nwabufo aka Mr. OneNigeria is a writer and journalist.