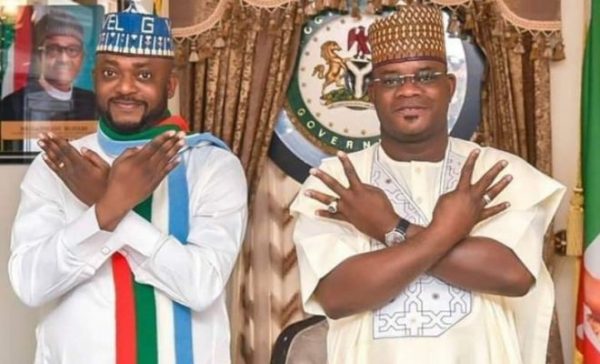 On Saturday, November 16, Kogites will troop out in large numbers to various polling centres to elect their next governor, who will pilot the affairs of the state for another four years. Undoubtedly, there are two choices on the table even though over 20 political parties will be featured on the ballot. Of course, that is Nigeria’s political reality. The two leading candidates (Musa Wada of PDP, the brother-in-law to the former Governor Idris Ichala Wada who is also first runner-up in the party’s primary election and the incumbent Governor Yahaya Bello, first executive governor from another section of the state), no doubt present a sharp contrast of the current political reality of the state. Musa Wada, whose party and sponsors’ understanding of politics and governance is to wave ethnic flag to hoodwink his people for their selfish interests no doubt represents the remorseless ‘family cabal’ that had held the state hostage for years may not be a better choice for every right-thinking Kogite.

It is on record that PDP’s 13 years on the saddle before the coming of the APC was adjudged disastrous. It left a backward and gloomy legacy for the state in a way that it needs not just patience to repair but a lot of wisdom and resources. During their locust era of misgovernance, from Ankpa through Adavi, and to the Yaba West, the glaring sad reality of their imprints were visible and sobering; Widespread poverty, massive insecurity, decayed infrastructure, recurring communal clashes, ethnic division, abandoned projects and general loss of morality among other misfortunes were the hallmark of their reign. At the height of their inefficiency in 2014, the Chief Security Officer of the Confluence State had to wear bullet-proof vest on top of ‘Babariga’ into a hospital to commiserate with the dehumanized and helpless victims of insecurity in the state. We will never forget their terrible past. They are staging a come-back using a new mask face.

Of course, the other option represents the new political force, predominantly youths that were hitherto relegated, misused by the few for selfish political gains. Governor Yahaya Bello and Edward Onoja are the leading actors that have restored the dignity of youths, bridging and harmonizing the various ethnic groups, raising and re-orientating the next generation of leaders for the state.

On assumption of office as the fourth executive governor of the state in 2016, he promised a ‘New direction’ that will unite the entire kogites, improve the system and make state’s resources work for Kogi people. While we have not reached the point where the founding fathers of the state envisioned it, the new direction Government has made a leap forward in repositioning the state that was badly impoverished by the few individuals.

As a matter of fact, apart from recently resolved issue of salaries and staff audit which the past administrations left behind, what every Kogite including opposition politicians cannot deny about the current government is the overall improvement of security of life and properties; practical step in addressing infrastructure deficit coupled with his inclusive style of leadership that have won him accolades from within and across the state. From road to health and education to Agriculture, significant improvements are visible to the real people of Kogi state, except to the diaspora politicians with ethnic and selfish masks. If the previously PDP administrations made these efforts, Kogi would have moved from current developmental quagmire. For a young man to make giant strides in his first sojourn into the volatile political terrain of the state deserves re-election. With the stormy and hazardous nature of the state, only people like Yahaya Bello/Edward Onoja can crush the ethno/political cabals that prioritize self-interest over state development.

Of course, the new direction government might have committed some mistakes in the course of their attempts to right the wrong of the previous administrations. However, such mistakes do not vitiate its strong commitment to the general development of the state.

As a bonafide citizen of the State and fervent supporter of good governance, I have since pitched my tent with the New Direction government and my vote will be boldly counted in its favour. My choice is predicated on clear facts known to all right-thinking Nigerians that are abreast with facts on the ground in Kogi state. Yahaya Bello/Edward Onoja represents a new hope for the youth and a better choice for the Kogi State. I would rather belong to a party that recognizes and rewards individuals from any part of the state that are ready to contribute to the development of the state than a party of cronyism that does not only relegate anyone outside their clique but also appropriate state’s resources to themselves and their families to the detriment of the poor masses.

Dear Kogites, as you go out to cast your votes tomorrow, vote candidate of your choice. But forget not that your destiny is in your hands and Kogi State belongs to all its citizens, not to a family empire.