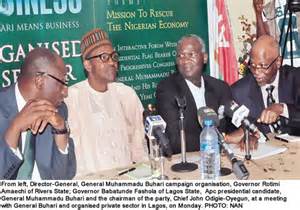 Being the speech delivered by the Presidential Candidate of All Progressives Congress (APC), at a meeting with the organized private sector, hosted by Governor Fashola (SAN).