Home OPINION COMMENTARY Nigerian Pastors And Private Jets: The Future Of The Gospel, By Adebayo... 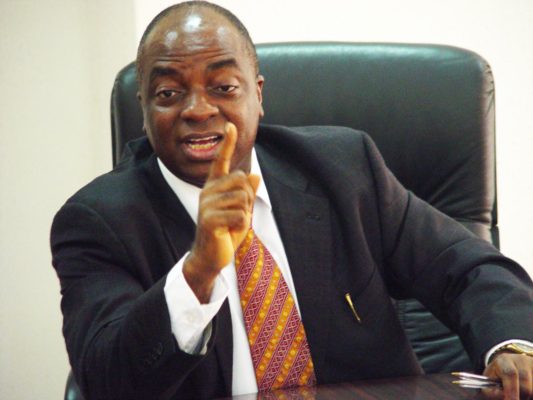 As is often the case in Nigeria, each week has its own peculiar national issue around which the public discourse for the week is formed. And, this week has not been any different, specifically because, once again – like many times in the past – the issue of Internet Fraud in Nigeria reappears on the desk of public discourse. The argument had always been about whether Internet Fraud is right or wrong. But this time, it was in reaction to a public statement by a budding musician who said Internet Fraud in Nigeria is what’s keeping Nigeria’s economy afloat.

While I am unopposed to the fact that there is no justification for whatsoever crime a person commits, and one deemed blameworthy of any type of crime must be punished in accordance with the law, I am ideologically and practically inclined to believe, vehemently, that Internet Fraud is not the main problem in our society, but a symptom of a bigger problem which is the erasure of our value system.

Beyond this, I am dissatisfied by how the frenzied reactions to the ‘Yahoo-Yahoo’ discourse has somewhat rendered inconspicuous, another issue of note concerning the General Overseer of the Omega Fire Ministries, Apostle Johnson Suleiman, who is said to have purchased a new private jet, joining a disconcerting list of other high-taste pastors like Bishop David Oyedepo of the Living Faith Bible Church; Prophet T.B. Joshua of the Synagogue Church of All Nations; Pastor Ayo Oritsejafor (former president of Christian Association of Nigeria); Pastor Enoch Adeboye of the Redeemed Christian Church of God and others in their vainglorious gusto for luxury.

Before I proceed, however, I must establish that the urge to write this piece was specifically inflamed by the manner in which those who are called ‘Servants of God,’ ‘Messengers of God,’ ‘Men of God’ and others who ceremoniously answer such names, have recently developed a repugnant penchant for luxury and wealth, at the expense of their religious congregations. This costly penchant for opulence among Pastors, or leaders of different churches – which strikes one as though the purpose for which Christianity has become a widely-accepted religion is being turned upside down and sacrificed on the altar of fanfaronade and presumptuousness – indicates a very disturbing trend that must be nipped in the bud before it transmogrifies into a noxious epidemic, lest the entire Christian world and our dear nation be consumed by it.

I must also establish, that this piece has been written in a comparative manner, specifically drawing comparisons between Pastors and Elected Public Officials. This is so, because, there are some basic similarities between Pastors and Elected Officials – with some peculiar traits in the Nigerian context of the similarities – which makes them almost identical. For, on the one hand, the Pastors and Elected Officials benefit from the right of citizens to make choices. And, on the other hand, the success or failure of their respective endeavours, will be largely determined by the level of acceptability of their actions, by the people whose choices made them.
While, of course, the Elected Officials are easily grilled and excoriated by their constituents and the citizens at large; the Pastors enjoy a glorified system of deification, which makes them almost totally immune from questioning. In addition, just as elected officials are immune from prosecution during their time in public office; the pastors, too, enjoy different types of immunity from both the government and their ardent followers. However, an equally shared trait between the Pastors and Elected Officials, is their unabashed tendency to be unaccountable to the people whose mandate enabled them to be leaders.

To be clear, I admit that the traits ascribed to pastors above are equally shared by leaders of other religious groups. Nonetheless, I have chosen to leave out their names because the matter at hand is primarily about the Pastors. And, in all fairness, we can conveniently exclude leaders of other religious groups from matters of luxurious cravings because there is hardly any evidence of these leaders engaging in such wanton promiscuity. To avoid all doubts, I must warn that it would be a foolish thing to do; to compare these Pastors and their voracious tastes for luxury, with individuals who hold no elective positions or religious leadership positions.
Having established the aforementioned, I will proceed with a few points:

Firstly, it is no longer news that Nigeria; the country with the highest Christian population in Africa, is the Extreme Poverty Capital of the world – where more than 80Million of her citizens live in abject penury and below one dollar per day. Among the 80Million living in abject penury, at least, half of them (about 40Million) are Christians. Of this half, at least 50% of them are compelled by the damning messages of their Pastors and ‘Spiritual Leaders’ in their respective churches; to pay tithes, offerings, and other such monies weekly. And, despite the fact that the majority of their congregations live in penury, these pastors still exact tithes and other monetary commitments from them. These tithes and offerings, and other monetary commitments from Church members are monies for the Church – not monies for Pastors. However, these monies are susceptible to abuse because there is no established system of accountability to the congregation. To be clear, just as Elected Officials are accountable to the people, Pastors (and religious leaders in general) ought to be accountable to their congregations. The absence of a system of accountability makes abuse the norm and a luxurious life for Pastors its inevitable concomitant.

See also:  For Oshiomhole, It’s Not A Requiem, By Patrick Obahiagbon

Secondly, I must mention that for as long as Pastors remain ‘messengers’ of the Gospel – as they would have us believe, they have absolutely no need to acquire private jets – not at this time – not in today’s Nigeria. Also, Biblically and morally, it is incontestably wrong, for Pastors to own properties as expensive as Private Jets or its equivalence, and quirkily defend such impropriety as a necessity in the propagation of the Gospel. For it is too much luxury, for Pastors to own luxurious cars, mansions and so on, in proportions only similar to a swarm of bees, while their congregations suffer in penury.

During his days, the Bible did not record Jesus as one with wanton desires for the acquisition of luxury and wealth. In fact, Biblical records show that he traversed many places mostly on foot – covering about 3000 miles during his missionary adventures. Even specific parts of the Bible like Matthew 19:21; Luke 12:33; Acts of the Apostles 4:32-35 and so on, enjoins Christians on how to manage personal and collective properties. It is, therefore, inexcusable, that in this day and age of widely affordable mediums of transportation and communication, those who traverse the face of the earth supposedly continuing the work of Jesus, are given to needless flamboyance and showiness, with a special knack for joining the propertied class, while their congregations are mostly urged to live modestly and cast their thoughts away from the things of the world.

Even morally, it is unthinkable, that leaders who lead many congregations and benefit from their hard-earned weekly donations, would consider the acquisition of Private Jets and other luxurious properties to be more important than the elevation of those congregations from abject penury. And, to be precise, what I mean by ‘elevation’ is the existence of deliberate and effective programs designed to uplift their congregations from penury – not tokenism in the form of occasional reach-out where people are given devotional materials and a handful of food to last barely a week.

In comparison with the Elected Officials, many of these Pastors are no different. In fact, one can easily conclude that they share the same modus operandi as far as the management of resources is concerned. For most elected officials in Nigeria are also given to vainglory and the acquisition of luxurious properties, depriving their constituents and citizens the comfort and good life they deserve.

Apparently, the aspirations of Nigeria’s Elected Officials are now similar to the aspirations of Nigerian Pastors: They all aspire to travel in luxurious comfort, live in luxurious mansions, drive luxurious cars, acquire luxurious properties and probably even die a luxurious death. They would rather be surrounded by bootlickers than be surrounded by frank and honest advisers. They consider their privileged positions as empires that must be protected by all means necessary and handed over to their offsprings. They are basically self-driven, not service-driven.

Thirdly, we must carefully observe how anomalies percolate through the length and breadth of different societies before becoming the norm: wherein it begins among a clique, it subsequently spreads to a larger group, and eventually becomes the sole aspiration of the whole society. Presently, we have only a handful of pastors purchasing private jets; but in no distant time, if we fail to nip this monstrous trend in the bud, it will become the aspiration of other religious leaders and eventually become the norm. When such a time comes, there will likely be more impoverished people to cater for (according to the projection of experts), and a remedy may be farther from reach than now.

Regardless of how this issue is viewed, we must, as a nation, urgently consider reforms for our religious organisations. We must question this untamed knack of pastors for ostentation and flamboyance. We must question how leaders of religious organisations (non-profit organisations) – are able to acquire properties worth millions of dollars without any explanation as to how these properties were acquired. We must ascertain the sources of these luxurious acquisitions, to avoid a situation where pastors unscrupulously use the funds of their churches for themselves, or, even worse; use their churches to siphon stolen public wealth through their unholy alliances with politicians. Perhaps, when the latitude for abuse is considerably minimal in religious organisations, the ostentatious desires and lifestyles of their leaders will also reduce.

Before it is too late, Christians must begin to demand transparency and accountability from their Pastors and General Overseers; the same way we all demand transparency and accountability from elected officials. The Nigerian government, also, must review its sacred-cow treatment of religious organisations; for it makes no sense, that while these churches are enjoying exemption from paying taxes, their religious heads are busy accumulating wealth and luxurious properties. Our nation suffers deficits in numerous areas, and we can’t have people accruing wealth and living boisterously under false pretences while citizens continue to suffer.

Adebayo Raphael is a Human Rights Activist and Development Consultant. He wrote from Abuja and can be reached on Twitter via @Asorosobioro.