Home OPINION COMMENTARY No One Is Islamising Nigeria, By Fredrick Nwabufo 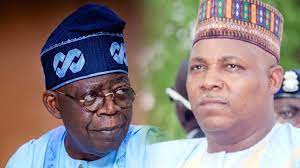 On the cusp of every political evolution in Nigeria, there is often a trafficking of recriminations: “The north is scheming to dominate the south, and the south is angling to outwit the north.” Syrupy conjectures and time-tested misconceptions. Crisis merchandisers are at their best stoking the tension as conspiracy theories of Islamisation surge in the public grid.

We will always have conspiracy theories and crisis merchandisers – for as long as unity and mutual trust remain elusive.

Bola Tinubu, APC presidential candidate, has set off a tinderbox of reactions by his choice of running mate – Kashim Shettima, former governor of Borno. Ordinarily, there should be no hue and cry over his decision. He is at liberty to decide who to walk and work with. But Nigeria has been diametrically sundered by years of attrition, hate-bartering and exhausting recriminations. Undoubtedly, the psychological mutilations from these years of anger will shape up to be the frustrations of the next administration.

Should Tinubu relinquish his right to choose a running mate he believes is loyal, competent and can help him win the presidential election so as to pacify those threatening Armageddon? I do not think it will be fair to relieve him of carte blanche in this regard. He is only a presidential candidate, and not yet the president. If he becomes the president in 2023, then it becomes a bounden and inescapable obligation for him to abide, through and through, by the constitutional stipulations of federal character.

The truth is, Nigerians are hurting from the exclusivist governance style of the current administration and are afraid of a reprise of their agony; hence the outcry. It will be imprudent to dismiss the concerns of the Christian community who have endured the tragedies of kidnapping, killing; desecration of places of worship and other assaults on their existence by Islamist terrorists. Their agitations are born out of the realities of the times. Priests are being kidnapped in what appears to be a targeted hit. Only a few weeks ago, terrorists attacked a church in Owo, Ondo state, killing about 40 people, including children. So, it will be injudicious to shrug off the apprehension of the Christian community on the Muslim-Muslim ticket.

However, Tinubu is one whose leadership antecedents are a staple of public discourse. Religious or ethnic bigotry is not in the trove of the famous allegations against him.  As governor of Lagos, Tinubu had a diverse cabinet; in fact, he is reputed to be one of the few governors who appointed non-natives, including Igbo citizens, to their cabinet at the time — when bringing non-indigenes into state cabinets or government positions was unsexy.

I watched the interview of Sam Ayedogbon, senior apostolic leader at Realm of Glory International Churches, on Arise TV, on Tuesday. The pastor railed against Tinubu’s choice of running mate, but said something profound about the APC presidential candidate. He said when Tinubu was governor of Lagos, a church was to be demolished for certain official reasons, but he protested against it to the governor. He said Tinubu invited him to explain the reasons for the planned exercise, but he declined to meet with him. According to Pastor Ayedogbon: ‘’But the church was no longer demolished’’.

Really, I black out when conversations oscillate around religion and ethnicity. I think the issues we should be interrogating at this time are: Security; Economy; Education; Healthcare; Infrastructure. I would rather assess the presidential hopefuls by their blueprint on these fundamentals which directly affect me than flagellate over religion.

I believe Tinubu has his work cut out for him. He should reach out to the Christian community, their leaders and groups with tactile assurances, and that if he becomes president, he will build a country where all Nigerians can exist under justice, equity, peace and harmony and where no one will be excluded on the basis of religion or ethnicity.

He should going forward begin to show prospects of inclusion and of sensitivity to diversity in his disposition, plans and policy paradigms. It is important that he shows there will be no perpetuation of the current administration’s exclusivist proclivities which deepen national strife and insecurity.

Let me synopsise my thoughts with this poignant paragraph from ‘The Broken Truths; Nigeria’s Quest for National Cohesion’ – a book by Bishop Matthew Hassan Kukah. He wrote ever so candidly: ‘’God created us for a purpose and meaning in life. He is the Lord of History and time. However, for us Nigerians, God has become the greatest excuse for the inefficiency, corruption, and shameful degrading life of our people today. We are over 90% percent Christians and Muslims in Nigeria, but there is nowhere in the world where religion has become an incubus, a burden, and a source of dreadful violence as it has in Nigeria. Our leaders are constantly kneeling before pastors and imams seeking blessings while the rest of the world is moving on, drawing inspiration from sweat, brains and brawn without evoking God. We, on the other hand, evoke God to witness to our corruption and outright larceny.’’

Nwabufo aka Mr. OneNigeria is a writer and journalist.