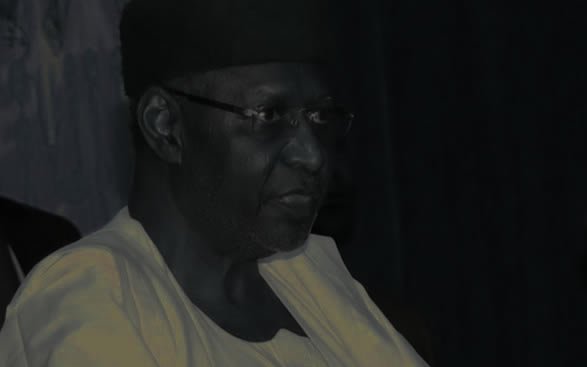 1 Samuel 2: 6 says: The LORD brings death and makes alive; He brings down to the grave and raises up.

Mallam Abba Kyari, President Muhammadu Buhari’s Chief of Staff has submitted to the will of God, the Almighty. He was a strong man indeed.

President Buhari will greatly miss Mallam Kyari. The CoS was his right hand man- the engine room, providing routine checks and balances in Aso Rock as a gatekeeper especially of the Presidency. He was an influential figure within the Buhari administration and wielded so much of power. No wonder, he made quite a handful of enemies who even wished him dead. For me, as Christians, we are enjoined to rather pray for our leaders.

Nigeria has missed an asset in Abba Kyari who was first appointed to the position on 27 August 2015. President Buhari renewed his appointment at the beginning of the second term on July 7, 2019.

Despite having been perceived as a tough  man- I only began to admire him after perusing through his rich resume. He was a well lettered personality. Very scarce with words. Kyari was a seasoned technocrat vastly experienced in both Nigeria’s public and private sector, had extensive schooling in Europe and the United States, including at the University of Warwick, Cambridge University, the Institute of Management in Lausanne, Switzerland, and at Harvard. He was trained as lawyer, and had a successful career as a banker. He served as Editor of the New Africa Holdings Limited Kaduna, publishers of the defunct The Democrat based in Kaduna between 1988 to 1990.

People of sound education like him have always inspired me. I was not privileged to be close to him, but watched his display of energy on the job- walking back and forth, to and from the presidential office to confide with his boss, and very tirelessly too, his age notwithstanding!!

I join millions of Nigerians to mourn You Abba Kyari, Africa’s biggest victim of the dreaded Coronavirus.

Abba Kyari, The Man Hated By 2 Groups Of Nigerians, By Issa Mutolib Ayobami