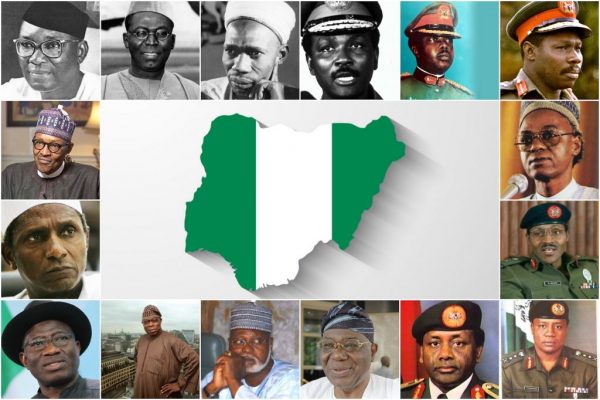 The largest African country the United kingdom colonized is Nigeria. At the same time, the largest country the United Kingdom colonized in Asia is India (Pakistan and Bangladesh inclusive).
I have deliberately chosen to juxtapose Nigeria with India rather than China, South Korea, Malaysia, Brazil, Singapore because of the similarities the two countries have.
Like all other former British colonies, when the United Kingdom came into Nigeria and India, they introduced technology, education and religion (Christianity to be precise). They also introduced their culture, using such elements as language, food, dressing, names and so on.
The cultural imposition, hard as the British could try, were rejected by India. The Indians refused to embrace religion, dressing, language, food,names etc, transported to them by the British; but they did not reject their technology.
Today, available statistics reveal that about 80.5% of Indians are Hindus, 13.4% Muslims; 2.3% Christians; 1.9% Sikhs; 0.8% Buddhists, and so on.
Hindi is the official language of the government of India, although English retains the subsidiary official status of the language of business and administration.
It is rare to find an Indian with an English name or even dressing. Nigeria on the other hand,has embraced to a large extent, the British religion – names , dressing, foods, and language- but rejected the British technology.
The difference between the Nigerian and Indian experiences is that while India is proud of her heritage, Nigeria takes little pride in her heritage, a situation that has affected the nationalism of Nigerians and our development as a nation. Today, our schools manage to teach any of our indigenous languages, and the students also manage to study them just because they are only but a criteria.
Before the advent of Christianity, the Arabs had introduced Islam in Nigeria through the North.
Islam also played a prominent role in eroding the culture of Northern Nigeria, replacing for instance, the customary courts with Sharia courts.
So from the North to the South of Nigeria, both the Western world and the Eastern world have shaped our lives to be like theirs by way of cultural assimilation, and we have gradually lost our core identity.
Several years after the British and Arabs left our shores,Nigeria has waxed strong in religion to the extent that Nigerians now set up religious branches of their homegrown churches in Europe, America, Asia and other African countries.
Just like the whites brought the gospel to us, Nigerians now take the gospel back to the whites.
In Islam, Nigerians are also so vibrant to the very extent that if there is an alleged blasphemous comment against Islam in Denmark, or the United States, even if there is no violent reaction in Saudi Arabia, the Islamic headquarters of the world, violence will erupt in Nigeria, leading to loss of lives and destruction of property.
If the United Arab Emirates, a country with about 75% Muslims , is erecting the tallest building in the world and encouraging the world, providing a friendly environment and inviting the whole world to come over and invest, Boko Haram ensures that the economy of the North (and by extension that of Nigeria) is crippled with bombs and bullets ,unless every Nigerian converts to Boko Haram “s brand of Islam as well as imbibe their own ideology.
In the South East, we have the Indigenous People of Biafra (IPOB) demanding for independence as a result of marginalization, and even basking in the age-long narrative of exclusive victimhood.
In the South- South region, MEND and Niger-Delta Avengers have continued to fight over resource control, and against environmental pollution, while in the South-West, the OPC has continued to unleash mayhem.
Within the Middle Belt region, marauding Fulani herdsmen alongside other armed bandits have taken the centre stage, killing and displacing the inhabitants, destroying farmlands, and thereby destroying the heart of our nation’s economy, peace and integration.

Nigerians are indeed very religious people. Incidentally, while we are building the biggest cathedrals and mosques, the Indians, Chinese, Americans, Europeans and South Africans have taken over our key markets with telecommunications, satellite televisions, aviation, automobiles, electronics, textiles and so on.
Ironically, despite our religious exploits, we are a people bereft of godliness.

It is rare to engage in any business transaction with a pastor, Rev Father, Elder, Deacon, Imam, Mullah, Alhaji or Alhaja without the person laying landmines of bribes and deception on your path.
We call it PR, facilitation fee, processing fee, transport money, financial engineering, deal or whatever.
But if it does not change hands,nothing gets done.
And when it serves the intended purpose, we refer to it as. “God’s blessings”.
While it is the belief of some people that sleaze is a problem of public functionaries, the private sector seems to be worse.
One would have assumed that the number of churches and mosques springing up in every nook and cranny of Nigeria would amount to higher morals in our society. The reverse is rather the case.
The situation is the more religious we get, the more ungodly we become.
The Nigerian society has witnessed so much bloodshed experienced from religious extremists, political desperadoes, ritual killers, armed robbers, kidnappers, cultists and lynch mobs.
Life has become so cheap and brutish that killings no longer make news. It is the number of casualties and the death toll that really matters.
58 years down the line, and we still import the petroleum that we have in abundance, rice and beans that our land can produce in abundance, and even toothpicks that children in other climes can produce with little or no effort.
Yet we drive the most exotic cars, live in the most magnificent edifices, visit the most attractive places in the world for holidays and use the moat expensive electronic and telecommunication gadgets.
In a country where over 70% live below poverty line, private jets have become a common toy for many citizens who have no known business.
A nation that imports toothpicks and pins, flaunts wealth and wallows in ostentation at a time its children are trooping to Ghana, South Africa, United States, Canada and the UK for university education,while its sick people are running to Europe and India for medical treatment .
India has joined the nuclear powers. They have also launched a successful mission to the moon.
Yet bicycles and tricycles are common sights in India, while only the wretched of the earth ride bicycles in Nigeria.
Some would blame our national plight on multiplicity of ethnicity and religion; yet while Nigeria has about 250 ethnic groups, there are 2000 ethnic groups in India. There are two main religions in Nigeria – Christianity and Islam while in India, Hinduism, Buddhism, Christianity and Islam are prominent.
In order to overcome our current predicaments, we need more godliness than religion; more action and less words. By so doing, Nigeria would be a formidable force to reckon with in the commity of nations.

Mr. President, This Silence Is Suspicious, By Joseph Orjime