Home OPINION COMMENTARY Professional Support For Use Of  Hydroxychloroquine To Treat  Coronavirus, By David Adonri 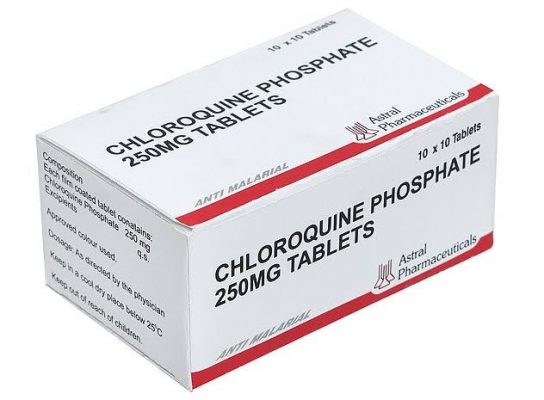 I am a Pharmacist and Stockbroker backed by several years of experience. I have been amused by the generally uninformed commentaries on use of hydoxychloroquine for treatment of Covid-19. So far, voices of the real experts, who are Pharmacists have been drowned in the cacophony of noise regarding efficacy of the medication.

The politicization of Dr. Stella Emmanuel’s report giving credence to good outcome from use of the drug is laden with clandestine motives. While WHO  and a vociferous section of the US health authority are spreading misleading information about the drug, people are needlessly dying all around the world. If it is true that chloroquine is a killer as claimed by propaganda, nobody  above the age of ten will be alive in Nigeria today because it was the main treatment for malaria before Artemeter arrived. The time has come for better enlightenment on the therapy involving hydroxychloroquine. Those who have prescribed it and obtained results, did not administer it alone. It was in combination with other drugs to form a synergy that works. People who understand the pharmacological basis of therapeutics, know that quite often, a single compound may not be efficacious but when combined with other compounds, the resultant formulation develop effect(s) not probably associated  with individual component. Several therapeutics abound in compendia to support this ascertion. Hydroxychloroquine, used alone, may not be effective but in combination with Zithromax, Zinc and an anti inflammatory agent can be efficacious.

Dr. Stella Emmanuel’s statement that the combination therapy can even be applied for prophylaxis was earlier said here in Nigeria when NAFDAC gave preliminary clearance for its use as prophylaxis and for early treatment. Efforts by WHO to block that development was courageously rebuffed by Nigeria.

After his successful treatment with the combination therapy, the Governor of Bauchi State assumed personal responsibility for its use and the results were fantastic. The calamity visited on Brazil by the unmanageable spread of Covid19 was only arresting when the country recently introduced the combination therapy. Switzerland that earlier banned the use of this therapeutic in obedience to WHO directive, reversed the decision when deaths escalated beyond control. Now, their situation has improved considerably. Pause for a while to find out why Nigerians are not dying enmasse from Covid-19.

There is no other reason than that several people went for self medication at the hint that chloroquine could be effective. Remember at a time, doctors complained about the rising incidence of chloroquine poisoning in Nigeria due to excessive consumption. Nigerians also fortified themselves with other herbal antimalarials, garlic, ginger and lemon.

Apparently, the exploitation of the deficiency in the country’s drug control mechanism paradoxically helped to provide prophylactic cover for many people. Unlike Nigerians who will rebel against official protocols to survive, Americans will sheepishly remain fixated to officialdom amidst grave danger than take their fates in their own hands. Let us also be aware that drug manufacturers in the West may not always act in public interest. Driven by heartless profit motives, they can go to any length to discredit a competing product.

I have personally experienced this, having worked in a Western multinational. Hydroxychloroquine combination therapy may just be a victim of conspiracy.”