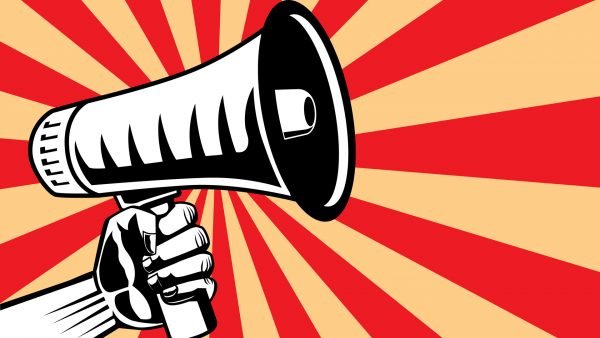 In other words, propaganda is a nuetral concept that can be used either for good or for bad.

Propaganda was used to set Africa free from colonialism, it was also used to pitch it against each other in war.

Propaganda was used to de-market African spiritualism, it was also used to elevate African nationalism.

If you see an African wearing suit during hot whether, that’s because of propaganda.

If you read that Mungo Park discovered River Niger, that’s the work of propaganda.

People around the world bear names they don’t know its meaning as a result of propaganda.

Hundreds of thousands of people troop to Israel and Jerusalem every year because of propaganda and we have billions of people, who don’t believe their creator will listen to their prayers if done in their own language, but would only grant their request, if done in the name of someone else.

So, propaganda is not just about politics, it is much more.

In recent times, none state actors across Nigeria, have intensified their propaganda against the state and because of state’s insensitivity towards such matters, it is gradually loosing its grape on the nation.

Every nation of worth knows that national security begins with protecting and shaping the minds of the citizens.

While dominant narratives in recent time have limited the use of propaganda to the media, the truth of the matter is that, propaganda is beyond the tool of the media.

Family, tribes, religion etc all make use of propaganda to advance their ideals.

Ofcourse, propaganda is also a tool of the media, but media is just a tiny fraction of sectors that utilize propaganda. Long before media industry came into existence as a formal professional, propaganda has been a tool for religious propagation.

Christian crusade and Islamic da’awah have the two most creative propaganda instrument in the world.

However, even before the establishment of modern  religion such as Islam and Christianity, propaganda had long been a tool for tribal and communal advancement.

To say it differently, propaganda is part and parcel of human nature as a community and it cannot be extricated.

That’s why propaganda is defined as the spreading of ideas, information, or rumour for the purpose of helping or injuring an institution, a cause, or a person.

For propaganda, it’s not important whether the information is true or false. What is important is that the propaganda material can advance the motive of its purveyor.

Historically, from the 1790s, the term began being used also to refer for propaganda in secular activities, taking a pejorative or negative connotation in the mid-19th century, when it was used in the political sphere.

It is on record that In the beginning of its political utilisation, propaganda is often associated with material prepared by governments, but activist groups, companies, religious organisations and the media can also produce propaganda material to advance their interest. In the twentieth century, the term propaganda has often been associated with a manipulative approach, but propaganda historically was a neutral descriptive term.

The first large-scale and organised propagation of government propaganda was occasioned by the outbreak of war in 1914.

After the defeat of Germany in the First World War, military officials such as Erich Ludendorff suggested that British propaganda had been instrumental in their defeat. Adolf Hitler came to echo this view, believing that it had been a primary cause of the collapse of morale and the revolts in the German home front and Navy in 1918.

In Mein Kampf (1925) Hitler expounded his theory of propaganda, which provided a powerful base for his rise to power in 1933.

Historian Robert Ensor explains that “Hitler…puts no limit on what can be done by propaganda; people will believe anything, provided they are told it often enough and emphatically enough, and that contradicters are either silenced or smothered in calumny.” Most propaganda in Nazi Germany was produced by the Ministry of Public Enlightenment and Propaganda under Joseph Goebbels. World War II saw continued use of propaganda as a weapon of war, building on the experience of WWI, by Goebbels and the British Political Warfare Executive, as well as the United States Office of War Information.

In the years following the October Revolution of 1917, the Soviet government sponsored the Russian film industry with the purpose of making propaganda films (e.g. the 1925 film The Battleship Potemkin glorifies Communist ideals.)

The 1930s and 1940s, which saw the rise of totalitarian states and the Second World War, are arguably the “Golden Age of Propaganda”. Leni Riefenstahl, a filmmaker working in Nazi Germany, created one of the best-known propaganda movies, Triumph of the Will.

In the US, animation became popular, especially for winning over youthful audiences and aiding the US war effort, e.g.,Der Fuehrer’s Face (1942), which ridicules Hitler and advocates the value of freedom.

US war films in the early 1940s were designed to create a patriotic mindset and convince viewers that sacrifices needed to be made to defeat the Axis Powers. The West and the Soviet Union both used propaganda extensively during the Cold War. Both sides used film, television, and radio programming to influence their own citizens, each other, and Third World nations.

George Orwell’s novels Animal Farm and Nineteen Eighty-Four are virtual textbooks on the use of propaganda.

During the Cuban Revolution, Fidel Castro stressed the importance of propaganda. It was also used extensively by Communist forces in the Vietnam War as means of controlling people’s opinions.

In pre-independent Africa, African movements made use of propaganda to advance their struggle against colonialism, but just as they used propaganda against the colonial governments, regions and tribes within Africa were also using propaganda within and against each other to advance their respective tribal interest.

The propagandist seeks to change the way people understand an issue or situation for the purpose of changing their actions and expectations in ways that are desirable to the interest group.

In Nigeria of today, a careful observation of the information pattern tells us that none state actors are making significant headway in their propaganda against the state and the government is not paying serious attention. This account for the growing insecurity and dissent against the nation by its citizens.

It is therefore important that government and its institutions, aswell as all citizens of conscience re-evaluate their communication to shape the direction of the nation.

*Abdulrazaq Hamzat can be reached at discus4now@gmail.com