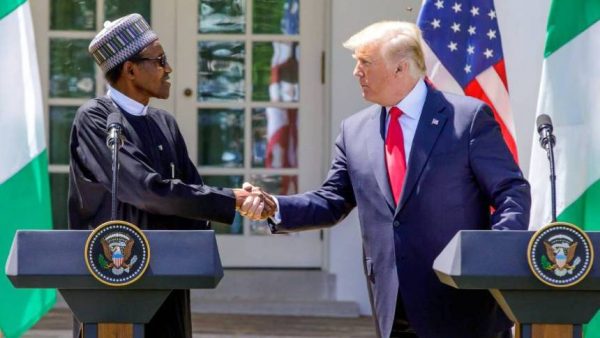 It has little or nothing to do with Boko Haram, has nothing to do with Buhari, has nothing to do with arrest and detention of journalist, has nothing to do with Nigeria’s ban on gays and lesbian, but has everything to do with absence of a workable system in our identification and verification processes.
The main reason Nigeria is suspended from Immigrant visas category is because Nigeria does not have a credible background investigation system that groups like Interpol can rely on to vert and certify originality.
What that means is that if someone commits a crime in lagos and relocates to Kano, there’s no system that can be used to track crimes and people across state lines.
Virtually all African countries have such systems even Ghana has it, Cameroun everyone has original birth certificates but nigeria prefers to have multiple identity cards not because they are interested in monitoring and tracking people but because they want to make money. Our country is a transaction society, you can buy anything even the human conscience.
Most responsible modern states in the world have tracking systems, but nigeria does not. A typical example, if you are about 40 years, if you go to your primary school to get your records they don’t have it. Principals and headmasters do not have computers in the 21st century.
Now only states that are considered rogue nations or failed states that do not have workable systems. Most nations in this category are nations at war. Nigeria is not at war but the irresponsible nature of our government makes Nigeria a war zone.
Now, back to US suspension, let me make it clear that only Immigrant visas are affected. Non immigrant visas are not affected. An immigrant visa is a type of visa that allows you to stay, work or even become a US citizen after you travel.
This category involves the type of visa you get when you marry an American citizen and have to relocate or the type of visas given to parents when their American citizens file for them or the visa you get through lottery.
Another category of visa affected is birth visas, these are medical tourism visas to come to America and have a baby. It is those categories of visas that are affected. Some waivers do apply. However, non immigrant visas like visitors or business visas are not affected, however going forward it will be difficult to get
What America is saying is that we cannot continue to give immigrant visas to your people if our investigators have no tools to work with to verify the true identity of your immigrant populations.
Example, someone who wins lottery or marries a US citizen, the investigators will want to check him up to primary school, but we have no records. Our government should be ashamed that we do not have a reliable working system to track Nigerians instead of deceiving the people to assume it is unfair what US has done.
Our government should be ashamed that today we are grouped with countries like Eritrea and Sudan. A sensible country, what they should be doing now is to put such a system in place, but they will not. Last year, two of my American friends visited Nigeria and came back with Nigerian international passports. That can never happen in Ghana or even Liberia. But with money you can buy a mans conscience in Nigeria.
With as little as three to five hundred dollars people are ready to subvert the law and do the unthinkable. With just Ten thousand Naira anyone can get local governments origin letters, worst still, today traders who never stepped their legs in universities are given degrees and people even serve youth service with fake results. If you are America will you continue to give immigrant visas to a country you cannot verify a simple certificate?
If you are America will you continue to give citizenship to immigrants whose entire documents for relocation to your country may have been forged?
We forge ID cards, we forge bank statements to get visas, we forge birth certificates, we forge marriage certificates, we forge election results, what is it that we do not forge?
We should not blame the US, the truth is we have failed as a nation. More disturbing, those who are clamoring that we need a working system are those who are arrested and locked up on frivolous reasons, charged with hate speech and ostracized by society.
According to my good friend Frank Anoh, he says we are a nation of criminals. I somewhat would agree with him. We are a nation of criminals. However, I blame my generation more, we continue to subvert the system for a plate of porridge. Until this independence era politicians leave the scene, Nigeria will continue to operate in the 16th century. God help us.