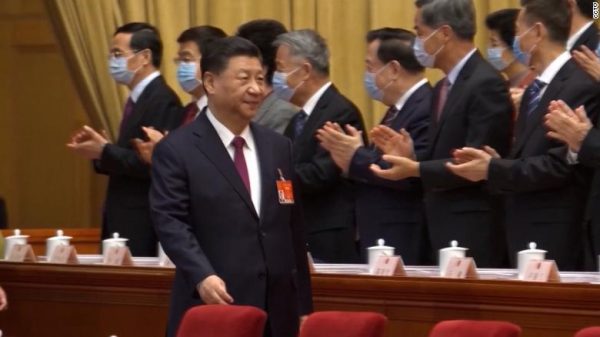 The watershed events of March 1985 opened up a new vista of discussions between the sub and super structure of the entity known as China. The august event which came to be dubbed the “two sessions” has transcended decades and with time left its mark and imprints around social discussions within and outside China. The two sessions is a practical platform that engenders robust parliamentary activities essentially galvanizing members of the Chinese parliament to brainstorm and debate on issues of national interest and ensure that the impact of leadership is felt on the downtrodden, which is a clear indication of the prevalence of good governance. The China two sessions is a crucial gathering of the National People’s Congress (NPC), which is the Chinese Parliament and the Chinese People’s Political Consultative Conference (CPPCC), to deliberate on matters of national interest and the overall development of the citizenry, exhibiting the hallmark of its democracy. This event not only draws on issues ranging from the political to economic and social concerns of the Chinese state and its people it also beams its searchlight on the reassessment and plausible re-evaluation of the national security concerns and foreign policy of the state.

To showcase the efficacy of the democratic socialism embedded in the Chinese state, these two aforementioned revered bodies which constitutes the highest legislative authorities come together to deliberate and pass major state laws, take decisions on major state issues, and further supervise and oversee the activities and performances of the state councils, the Supreme People’s court and the Supreme People’s Protectorates. These bodies not only appear to be democratic in principle but have an architecture that is democratically construed in its configuration. The body consists of 3000 NPC deputies, and as we may know these deputies across the breadth of the country are elected either by those at the next lower level or directly by the voters, allowing for inclusivity. It is also gender sensitive as women account for over one-third of the entire proportion of the elected population. There is also consideration for ethnic representation and the CPPCC being a conglomerate of multi-party institutions cooperate and consult under the leadership of the CPC. As a national committee, the CPC has more than 2000 membership drawn across board and across several political parties and together the NPC and CPPCC represent the position, interest and needs of the various groups and regions within the state. The session is therefore indicative of purposeful leadership within the context of a practical democratic socialism.

This year’s sessions focus on an array of areas as its predecessors have, particularly on the global pandemic which has threatened the annihilation of the human species but has been meet by our collective resilience. However, worthy of reflection is the five year plan of President Xi, which hopes to drive the economy of China to even greater heights. The five year plan is consistent with the goals set by the state to attain the strategically planned economic growth and prosperity plan set in motion from its early days of 1949, these plans consist of what is now the goal of achieving total eradication of poverty from China and creating a moderately prosperous economy for all which sits at the heart and core of Xi’s five year plan and constitutes an integral part of China’s reform and opening up policy.

This ambitious drive began to manifest as early as 2020 where according to various reports over 700million people have been lifted from extreme poverty and this is despite the downturn economies world over have faced as a result of the pandemic. However, China was able to surmount the challenges posed by the pandemic and while other economies grew at a negative in the year 2020 China came out on a surer footing with a 2.3% growth record. This feat of pulling an entire population out of poverty was realized through strategic and coordinated planning by the central government under the able leadership of His Excellency, President Xi and his team of economic experts who have proven to understand the impact of social intervention programs, causing China to spend billions of dollars on deliberate social intervention programs that will stimulate the economy through dedicated cash transfers to the poorest and also handouts of cash. This no doubt is why and how President Xi through his five-year plan initiative has conquered the poverty in china. While some would question the extent of poverty eradication in china by trying to throw up the technicalities in etymological distinction between relative and absolute standards of poverty, it remains clear that the poverty index used as a standard for measuring poverty levels world over which is $1.90 dollars have been met by the Chinese government. This is a clear indication of the purposeful will of government to attain the ‘common prosperity’ goal thereby replacing the old order of some Chinese getting rich first, and in this is a lesson for all serious-minded societies. Under the rural revitalization plan of the government, it seeks to bridge the gap in income inequality and disparity in wealth distribution between rural and urban distributions, all of which is in line with the desires and aspiration of the administration to double the size of its economy and become a high-income country by the year 2035, and in doing this it will tour the path of  wealth creation and income generation through the provision of jobs focusing on agriculture, manufacturing, industry and tech, social intervention programs, infrastructural development and the availability of capital to rural areas. The passion exhibited by the President Xi led administration is exactly what is driving this to a logical high end.

Sequel to the above, it is glaring to see that the composition of President Xi’s economic team is profound as shown in their robust understanding of the workings of the Chinese economy that they have created an elaborate model for spatial distribution of growth hence development in china. This model seeks to allow high spending by the local authorities, independent of the central government thereby boosting consumer spending, it also includes the plan to ensure aggressive consumer support, which will also form part of the discussions in this year’s two-session, it also includes the scaling up of the domestic demand alongside export demand which will, in turn, drive growth and warrant the survival and sustainability of indigenous innovation as enshrined in the ‘dual circulation’ strategy of the government. This plan will guarantee that going forward china’s supply chain is made more resilient through its independence and non-reliance on external markets. As much as this seems to pose a concern to countries particularly those in the west, the Chinese hope to attain this through a carefully thought-out process and with consideration of the overall interdependence of the global market. It is also worthy of note that this year marks the 20th anniversary of China’s accession to the World Trade Organization (WTO). Over the past 20 years, China has contributed an average of nearly 30 percent to global growth annually. Its overall tariff rate is down substantially from 15.3 percent to below 7.5 percent, much lower than the 10 percent pledged upon WTO accession and far lower than other major emerging economies. Imports in goods have been growing at a double-digit annual rate on average. Over one million foreign companies have presence in China. These numbers show how China’s WTO membership means that both China and the world have come out as winners.

The Chinese economy has also done tremendously well in the area of fintech, with specific reference to e-commerce and the incredible efforts of Alibaba and its ilk’s, which has in turn brought about a pace in the credit facilities given to small and micro businesses. This is one of the major drivers of an economy and China is doing well to leverage on this and certify that it gives a boost to the development of SMEs so as to attain the overall growth in its economy. China has been able to achieve all this even in the face of adversaries from Washington, and has gone a step further to close ties with the European Union in its recently signed deals with the EU on trade and investments which will be of critical importance to the development of not just the economy of China but the protection of the economic interest of Europe.  In the final analysis, there are countless issues on the economic outlook of China predicated on the five-year plan as is being discussed in this year’s two sessions’ that can be of significant importance to Nigeria and other emerging economies, chiefly amongst which is the need for a robust and well-articulated national policy which should reflect our national interest especially in this age and time. It’s been said that yesterday belongs to the Mediterranean (Europe), today belongs to the Asian-Pacific (China) and tomorrow belongs to the Atlantic (Africa), well, that tomorrow started yesterday and we must awaken to that realization, while wishing China well in its 2021 edition of the ‘two sessions’.