Home OPINION COMMENTARY Rep Muktari Will Face The Full Anger Of Electorate In 2015, By... 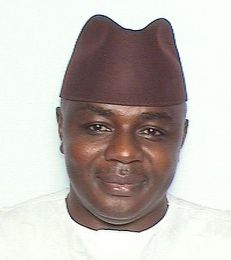 One is not very sure if Honourable Muktari Aliyu Betara, who represents Biu, Shani, Kwayya Kusar and Bayo Federal Constituency in the federal House of Representatives understands what democracy is all about.
He needs to be reminded of the basic essence of Democracy which is all about government of the People for the People and by the People.
And that Democracy is the game of numbers which was adequately displayed in the recent election in Ekiti State.
It then followed that a competent and polished legislator should be an asset for the people of his constituency. Such legislator is he who looks at issues critically and objectively before he agrees or disagrees on issue or bill being debated on the floor of the House.
Legislation is about fairness in dealings and giving constructive contributions on ideas and issues brought before the House.
Above that, a good lawmaker would always maintain symbiotic relationship with his people. He would interact with them as partners in progress.
It is expected that the fruit of such interactions would lead to the lawmaker presenting the yearnings and aspiration of the electorate to the national attention and resolution.
Unfortunately, over time and by many standards, Rep Muktari never showed such qualities in his representation of his constituency.
Indeed, people who voted him into office even for the second term, are being neglected.
All that seems coming out of him is what can be termed as dirty politics. He would resort to purchasing some bags of rice, sugar, salt, wrappers, few motorcycles and sewing Machines and sharing them in the guise of youth empowerment.
The Rep has perhaps forgotten that politics is not all about bread and butter, but about selflessness, hard-work for the socio-economic growth of the people that he is representing.
But it does seem that Hon. Muktari Aliyu Betara sees politics as a business ventures to make money without the interest of his people at heart.
Having been in the House of Reps now for the past seven years as representative, Muktari Betara has no single project to show as his constituency project, not to talk of having a bill that can make life better for his people.
Muktari has crafted a method of distributing some bags of rice, sugar, salt, wrappers, few motorcycles and sewing Machines to some ward political thugs whenever the election time draws nearer
As one of those he is representing in the House of Reps, I believe that 2015 election will spell doom for him, Insha Allah, because we have learnt our lessons and have come to understand his leadership style that has not yielded any fruit to the people of his constituency, especially in ward six and its environs. Ironically, it is in this ward that he always have the majority of votes.
We, in ward six will speak loud with one voice by saying NO to his politics of sit-down-look. We are now wiser, in the context of modern political trend and will henceforth support Professionals and “exposed” personalities like MM Adamu Burati who has the care of the people at heart.
We will encourage such personality to come out and participate actively in politics.
One good thing about MM Adamu is that he used to gather youths, irrespective of religious belief and give them words of encouragement, especially about the need for them to be educated so that they would be of help to their communities and the nation.
He used to assist graduates and other youths with education with jobs.
As a matter of fact, the reality is that professionals who are in politics seem to be more proactive and selfless towards the people they are representing, not their families.
Professionals in politics shouldn therefore, not expect themselves to be pardoned for failure, because they have different people in the society and colleagues who can guide and give them advice on where they go wrong.
We are formally appealing to M.M Adamu Buratai who is an astute leader; principled, focused, visionary, decent, compassionate, respectful, humble, unassuming, serious minded, intelligent, strategic, kind, peace loving, morally upright, and passionate about his people reaching their fullest potential to come out and have the mandate of his people to take them to the promised land, come 2015 election.
It is a reality that no man is perfect but his good far outweighs his weaknesses.