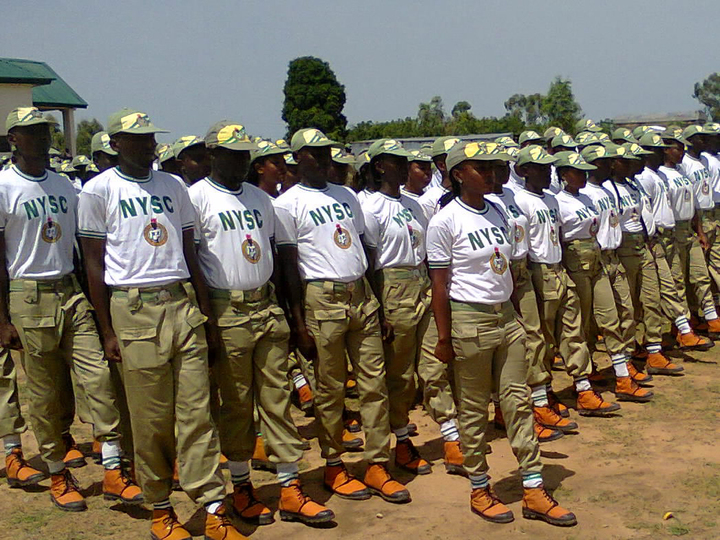 The National Youth Service Scheme (NYSC) was established in 1973 by the General Yakubu Gowon military administration as a mechanism to promote national integration amongst the diverse groups after a prolonged civil war that nearly disintegrated the country.
There has been a reverberated debate as to whether or the scheme is still fashionable after four decades of its establishment.
While some have repeatedly called for its outright scrapping, others are of the view that the scheme is still relevant and serving some core roles which they believe are vital in national development and caution against abrogating it.
However, whatever side of the view one may pitch his or her tent with, one common submission that cannot be ignored within diverse views of the public is that, the scheme is no more in tune with the current realities.
Even though, government has engaged the scheme in many important national assignments in recent years, which include: population census, electoral process, awareness creation amongst others. This is because members of the scheme became readily available for the government to mobilize at any point the need arises. This very role no doubt, plays by the scheme has made the programme more useful for the nation at large, making it difficult for the government to consider the other side of the view that calls for its outright scrapping.
Furthermore, the scheme has also provided a quit number of direct and indirect employment for hundreds of Nigerians, perhaps thousands, who serve as officials that provide the management function for the scheme.
However, the challenges facing the scheme is becoming more and more daunting every year, which make some sections calling for its scraping or overhauling the entire programme to suit the current realities. Chief of these challenges, is the constant increase in the number of participants which in turn requires more resource allocation and structures for the scheme. Lack of enough resources and limited structure to cater for, and accommodate the participants has affected the smooth running of the program over the years – this has severally delayed the mobilization of prospective corps members as at when due.
The current economic downturn, however, no doubt would greatly frustrate the continued running of the programme.
For example recently, the federal government was alleged to have considered the cut in the number of participants to at least 50% every year.  But this decision was greeted with various degree of criticism from the public who saw that as inappropriate. However, the director general of the scheme, Brigadier-General Suleiman Kazaure has debunked the alleged reduction in the number of participants and assured Nigerians that all prospective corps members would be mobilized, but adding that only about 50% of the 2016 batch (B) prospective corps members will be mobilized this month, while the remaining members will be subsequently mobilized next year January. The director noted that the decision was taken as a result of limited resources allocated to the scheme in the 2016 budget which according to him, cannot cater for the increased number of graduates that has been churn out by the tertiary institutions. He disclosed that 210,000 corps members were budgeted for in 2016, but the figure for the both 2016 Batches ‘A’ and ‘B’ had more than doubled the original projection. Other challenges are, corruption within the scheme, absconding of corps members and poor welfare at their place of primary assignment amongst others.
Owing to the above intricacies however, it’s safe to state that the federal government can no more continue with the scheme as it is now, but because of the aforementioned usefulness and the continued pressure mounted on government from some vested interest and other concerned Nigerians who still feel that the aim for which the programme was established has not been defeated, hence the government decided to maintain the status-quo.

Why Government should not scrap, but repositioning the scheme

It is an undeniable fact that Nigeria as of today is still much more divided against itself, particularly with the resurgence of Biafra agitation which was the core reason behind the introduction of the programme in 1973. As a matter of fact, the programme afforded the young graduates to at least, meet other people different from their immediate community and learn the culture of their host community which also helps in dissuading some unfounded narratives that evolved from the Nigeria’ civil war in the early 70s when the war eventually ended. This was even confirmed by the President himself when a delegation from the ministry of youth and sport paid him a visit at his hometown, Daura last year, where he said, “Whenever I go home to Daura, I look out for corps members from Lagos, Aba and other parts of the country. I am always thrilled to learn that except for the NYSC, some of them have never left their states of origin to visit other cities of the country.
The programme, as earlier stated, provides some quite number of employment for hundreds of Nigerians. Scraping it will definitely lead to laying off those already employed by the scheme and I believe the government cannot afford risking that at this period of economic crisis.
Also, the involvement of the scheme in many national assignments has reposed some level of confidence in the exercises because, corps members are seen as impartial and can be easily mobilized, monitored and controlled for any national assignment. And of course, the current ineffectual skills acquisition programs within scheme can be further strengthened in line with the current administration drive for industrial revolution in the country.  These, among other things have made the programme to remain as a useful tool for the nation building.

See also:  Looming Armageddon And The Silence Of Igbo Elite, By Ugoji Egbujo

How to Reform the Scheme for Industrial Revolution

There is no doubt that the scheme needs urgent reform if the government wants it to remain relevant. But the question coming into fore is that, how can this reform be made in line with the current drive for industrialization without undermining the core aim for which it’s was established to address?
Of course, such reform must also ensure that the current draining nature of the programme is reversed – such that the scheme can be made effective that directly contributes to the national income. It’s above these facts I propose the following reform options for the federal government to consider:
– Firstly, the military should be disengaged from the scheme. This is because the country is no more under military rule, though the scheme is a military initiative but the current democratic setting does not require military to manage any economic drive programme like this one. Instilling discipline and national integration can be achieved without military involvement. Singapore achieved this through infrastructural development. Nigerian government can also do the same through economic empowerment of its youthful populace.
– Government must make it a voluntary programme for graduates and should not be a requirement for employment into any government establishment. This will reduce the increasing number of participants which in turn reduces the government spending on the programme every year.
– The duration of the programme should also be reduced to a maximum of five months instead of the current one year. This technique will as well cut down the spending and also gives participants a leverage to be self-dependent within a very short period after graduation from university.
– The three weeks orientation camp should be abolished. Is of no use when military has been disengaged. Even now, the orientation camp has been reduced to two weeks, which I believe nothing useful can be learned within this short period that is loaded with needless parade and other unnecessary activities. Orientation camp is an outright waste of time. Let it go!
– Training workshop and vocational centers should be built in each of the 774 local governments across the country. These professional vocational canters would be equipped to be able to produce locally made products for local consumption. Participants would be deployed to each of this local government where they would be engaged in five months intensive training in their various areas of interest at these vocational centers.  During the enrollment, prospective participants will be directed to register 3 different areas of skills acquisition he or she interested to engage in during the period of the programme.
– The scheme should be renamed from National Youth Service Corps (NYSC) to National Youth Empowerment Scheme (NYES). This is to make the branding go in line with the new innovation in the programme.
– Monthly Stipend will still be paid for the participants within the period of their five months intensive training. At the completion of their programme, participants should be given a reasonable unconditional grant for the start-up business, which will be occasionally monitored by the scheme so that he or she would not mismanage it.
-Government alone may not be able to do all these, but government can seek the help of local and international private organizations, such as: banks, multinational corporations and none profit organizations amongst others to contribute in implementing the reform.

What Nigerians should expect if the reform is effectively carried out

– It will indeed reduce the number of participants which in turn brings down the government expenditure on the scheme.
– It will launch the country into industrial revolution because the scheme would effectively equip the graduates with more practical knowledge that gives them leverage for easy start-up business.
– The scheme would now generate income for the government which can be reinvested in the programme.
– The scheme would still be readily available for other national assignments, such as election, census, and awareness creation, amongst others.
– The scheme will maintain the old aim of its establishment in 1973 because participants would still be deployed to various states other than their state of origin across the country.
– It would make graduates more employable, independent and considerably reduce the number of unemployed graduates in the country.
And, above all, the scheme will open the door for more prosperous Nigeria in the nearest future.

Writer’s note: Dear readers, this is a modest contribution to national development. It may not be perfect, but I have a moral confidence that it would provide some useful insights into what Nigerian government can do to re-position the scheme in line with the current drive for industrialization. He can be reached on:
deenadavize@gmail.com

No Job out There For You, You Better Learn Some Trade, NYSC Boss Tells Corpers