Home OPINION COMMENTARY Saraki And His Team Of Likeminds, By Abubakar Bukar Kagu 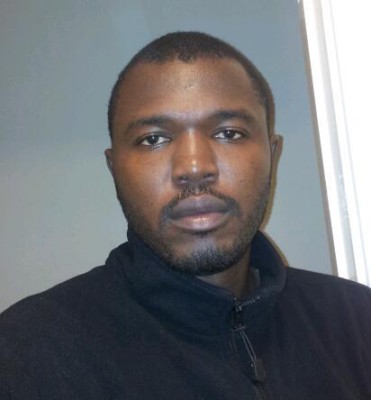 Now it is clearer that even our ‘Honourables,’ many of whom were from the recycle bin of yesterday, have their suits, caps and their characters intact. Evidently, we have a legislature and an executive that are light years apart. President Muhammadu Buhari and his team are epitomes of hope. They symbolize the dreams of many Nigerians who believe this auspicious Democratic turnaround brings with it a lofty promise of a motherland capable of achieving anything. Many believe this is a team that is poised to expunge the cancer of corruption and replace it with accountable leadership.
These were the baritone that gave PMB an edge over the powers that be, at a time when many have given up on Nigeria.
Not everyone that contested and won elections share this lofty ideal. Many have come to Abuja with the hope of getting their own cut of the yam, as that has been the norm that occupied the political space for decades.
This mindset was clearly illustrated in the unholy event of yesterday in the Senate. This is a man accused of one of the appalling cases of corruption given applause and a vote of confidence. If the likes of Daniel Kanu were on the floor, then one would understand. Albeit, we have Stella Oduah, Akpabio and many others that can fill those shoes. Change, to them, is no more than a change in date or term. Looking at it from the flip side, it appears more like a cynical rebellion against the expected largesse that appear no to be trickling. In this episode of celebrating corruption, Saraki is certainly not alone. He has a formidable team of like minds that are not ashamed to celebrate the festival of inglorious yam eating.
They are becoming more of political prostitutes whose only ambition is personal gain that service and humility. But like Karl Kraus once said, corruption is even worse than prostitution. The latter might endanger the morals of an individual, but the former invariably endangers the morals of the entire nation. This was the plight of Nigeria until we began seeing promising improvement in vital sectors of energy, security and transparency that is now evident in the system.
This is an achievement that we hope would get even better. Ironically, we are now faced with a parallel team led by ‘honourable scoopers,’ most of whom bring with them years and tones of yam eating antecedents.
Even before we begin the journey in earnest, they have shown the very stuff they are made of. We are even graced at the red chambers with the disgrace of Oduah gate. Would this team of old guards from the ‘yam eating era’ ever relinquish their cynical past to embrace a glorious tomorrow?
This brings me to what Frank Serpico once said: “The fight for justice against corruption is never easy. It never has been and never will be. It exacts a toll on our self, our families, our friends, and especially our children. In the end, I believe, as in my case, the price we pay is well worth holding on to our dignity.”
Abubakar Bukar Kagu is a Research Scholar at the Law School, University
of Sussex. United Kingdom.
Email: abbakagu@gmail. com
Twitter @abbakagu. [myad]