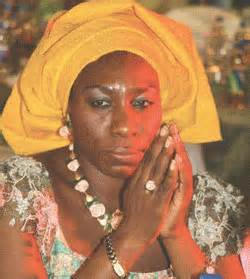 Professor Soludo’s article on the elections in Nigeria is the best writing I have read recently on the real situation politically and economically in Nigeria.
The well-articulated response from Dr. Fayemi compared to the abuse infused response from Femi Fani-Kayode on the PDP side is a great example of the contrast of the status-quo compared to the alternative.
Whatever the case and I don’t expect miracles from APC but right now they have more thinking people than the PDP.  As a Yoruba person, Dr. Fayemi’s response is how we expect our educated elite to take up issues and not the mad rantings of Fani-Kayode.
I agree with most of his premise but I do not think they (APC) can take up a massive public works program in a period of “famine” i.e. low oil prices.
During the great depression when Roosevelt used public works to help provide jobs, it was the stock market that failed i.e. Government revenue was affected from tax income but income from exportation which was then mainly agricultural goods was not affected.
The government could use money from its coffers to create jobs and provide skills and training, which people could then use in the private sector.
The best part of Dr. Fayemi’s response is that it is not elite focused.  Nigerian governance as I saw it was not a democracy but an elitocracy. It is government of the elite by the elite for the elite and even if you grew up in near death poverty, once you left those circumstances, you forgot where you came from and concentrated on your immediate family and matters affecting the wellbeing of the elite.
Changing this perspective to make the elite understand that their wellbeing was in fact, dependent on the wellbeing of the masses will be APC’s challenge.
They are sourcing from the same pool of elite talent that every Nigerian government has to source from and it is this pool that essentially has to be different or we will find ourselves again at precipice as usual.

See also:  I Dont Mind Being A One-Man Minority - Soludo In His Controversial Article To Ndigbo

Iyabo Obasanjo DVM, Ph.D, a former Senator of the Federal Republic of Nigeria wrote from the United States of America. [myad]