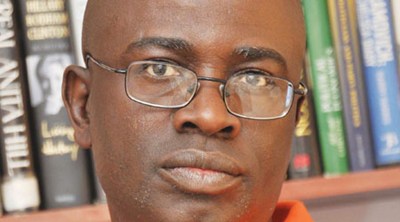 The slap on the wrist given a notorious kidnap kingpin has exposed the underbelly of the criminal justice administration in Nigeria. It also underscores the seeming hopelessness of the national security situation. Justice Binta Nyako of the Federal High Court, according to reports, last month sentenced Hamisu Bala, popularly known as Wadume, to seven years imprisonment for unlawfully dealing in prohibited firearms and escaping from prison custody. Among the six others convicted with Wadume is Inspector Aliyu Dadje, station officer at the Ibi Divisional Police Headquarters in Taraba State at the time the crime was committed. Dadje bagged three years in jail for tampering with police records to conceal a crime.
All the elements that have made our country unsafe today are present in this tragedy that has been treated so casually by the federal government. From kidnapping to criminal complicity by military/security agencies to inter-agency rivalry and the way life has become so cheap in Nigeria, this is one case that should have been used for the purpose of deterrence in our quest for peace and security. Sadly, not only has the case been cynically bungled, but we have also shown that lives of innocent people do not matter and accountability counts for nothing. Since Wadume has already spent some years in detention, he can be freed as early as 2025. And perhaps then granted presidential pardon (the way we roll in Nigeria) to contest for senate in 2027 on the platform of whichever party is in power at the time!
I cannot but feel for the families of the slain policemen for whom the state cannot secure real justice. What is more confounding is the secrecy that has shrouded this trial whose outcome we only got to know more than three weeks later. The judgement was said to have been handed down on 22nd July with a statement released only last Sunday. The report also stated that ten military officers earlier charged with the convicts have had their trial “separated for departmental reasons,” whatever that means. These soldiers are Captain Tijjani Balarabe; Staff Sgt David Isaiah; Sgt Ibrahim Mohammed; Corporal Bartholomew Obanye; Private Mohammed Nura; Lance Corporal Okorozie Gideon; Corporal Marcus Michael; Lance Corporal Nvenaweimoeimi Akpagra; Staff Sgt Abdulahi Adamu and Private Ebele Emmanuel. While we can assume that these were the soldiers who killed the police team, we do not know what the exact charges are against them.
Meanwhile, this tragic story began on 6th August 2019 when a special operational team sent from Abuja arrested Wadume in Taraba State, handcuffed him and were driving toward Jalingo when they came under heavy bombardment from soldiers. In the process, four persons were killed on the spot while several others were injured. Those killed were Inspector Mark Ediale and two sergeants – Usman Danzumi and Dahiru Musa and a civilian by name of Jibrin. The soldiers then freed the handcuffed suspect, according to a statement by then police spokesperson, Frank Mba, who provided public updates on the matter.

From all that transpired at the time, there was no dispute about the fact that Wadume was freed by the soldiers who killed the policemen. In his version of the event, the then Army spokesperson, Sagir Musa said that soldiers from 93 Battalion received a distress call that kidnappers had come to operate in their community, leading to the hot pursuit that culminated in the unfortunate killings. Musa, who accused police operatives of refusing to stop at the military checkpoint, described them as “suspected kidnappers who turned out to be an Intelligence Response Team…on a covert assignment from Abuja.” But he gave a convoluted account of how Wadume escaped unhurt from the hands of the military men.
Evidently miffed by the attempt to cover up the crime, the police immediately countered by raising pertinent posers: “Where is the notorious kidnapper, Alhaji Hamisu Bala Wadume ‘rescued’ by the soldiers? How could a kidnap suspect properly restrained with handcuffs by the Police escape from the hands of his military rescuers? If Alhaji Hamisu Bala Wadume is a ‘victim of kidnap’ as claimed, and properly rescued by soldiers, why was he not taken to the Army Base for documentation purposes and debriefing in line with the Standard Operating Procedure in the Nigerian Army?” Insisting that their officers were murdered by the soldiers who they accused of colluding with the kidnap suspect, the police asked, “Why were the Police Operatives shot at close range even after they had identified themselves as Police Officers on legitimate duty as evident in the video now in circulation?”
Indeed, the clear give-away in the video released by police after the killings was the question, ‘Where is their service pistol?’ Asked by one of the shooters, it is an indication they knew their victims were officers of the law. That a most wanted criminal suspect was set free in the process further confirmed the motive of the callous act that points to a clear link between officialdom and organised crime in our country. And to the extent that the insecurity that plagues our country today is the product of a justice administration that places criminals above the rest of society, it is no surprise that we have treated this unfortunate tragedy in a cavalier manner.
Apparently embarrassed, President Muhammadu Buhari tasked the then Chief of Defence Staff, General Abayomi Gabriel Olonisakin to investigate the incident and report back to him. The police of course went in search of Wadume who was later captured in Kano on 20th August 2019. They subsequently released the video of his confessional statement that corroborated their allegation that the soldiers who killed their men were working in concert with kidnappers. “I am Hamisu Bala also known as Wadume. The police came to Ibi and arrested me. After arresting me, they were taking me to Abuja when soldiers went after them, opened fire and some policemen were killed. From there, the soldiers took me to their headquarters and cut off the handcuffs on my hands and I ran away. Since I ran away, I have been hiding until now that the police arrested me again,” Wadume said in the video.
Meanwhile, the joint presidential investigative panel headed by Rear Admiral T.I Olaiya with representatives from the National Intelligence Agency (NIA), Defence Intelligence Agency (DIA), State Security Service (SSS) as well as the army, navy and police went mute. Although the panel was said to have presented a report to Olonisakin for onward transmission to the president, the APC broom has swept the matter under the proverbial carpet. Beyond what we are reading about “separated cases”, I am not aware that anybody in the military has been held accountable for executing three senior police officers and a civilian while on duty: No punishment for bad behavior, no justice for slain police officers, no lessons learnt. Case closed!
I concede that I do not know the charges filed against Wadume and accomplices at the federal high court by the office of the Attorney General of the Federation. So it is possible that Justice Nyako merely applied the law. But when you run a system where the punishment does not fit the crime and there is no accountability even for lives lost, it is the larger society that is in danger. We can see the evidence of that in all facets of our country today – which is why we should be concerned.