Home OPINION COMMENTARY What Is Happening In Southeast Is Terrorism, By Fredrick Nwabufo 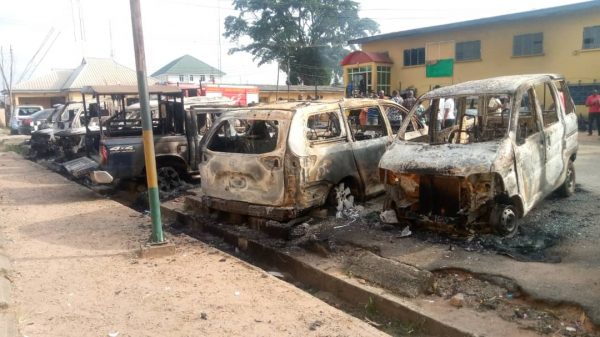 At a time when evil spars against good, we must choose a side. We either opt to be a part of darkness or take a place in the phalanx of virtuous knights. Staying taciturn while evil course through the land like molten magma from a volcano does not absolve anyone of complicity. All who keep silent in the face of evil are accomplices.

A great pestilence is scourging the south-east. The land is crimson from the blood of innocents. There is fear, anxiety and confusion. A region that was once the safest place in Nigeria is in the throes of anarchy. Police officers are being mauled; soldiers butchered; residents targeted, and citizens killed.  INEC offices and police stations have been razed. And more public infrastructure is being incinerated daily.

What makes these tragedies more devastating is the open support by some citizens of the south-east. Some of them, particularly those who take residence on social media spreading poison, have rationalised the killings and destruction of public property in the region. They describe the killers and arsonists as ‘’our people’’ and ‘’freedom fighters’’.

What have we become?

Hypocrisy is a vexatious problem here. Some people defending criminals taking innocent lives because “they are our people; they are freedom fighters”. This is while they spread propaganda against other groups. It is really sickening.

Today happens to be #BiafraRemembranceDay, but instead of being a solemn occasion, there are reports of killings and arsons in the south-east. It is not enough to say #Ozoemena because the south-east is already at war. Igbo leaders would rather skirt around the issue because they do not want to be seen as going against the zeitgeist in the region. They are observing political silence. But anyone who keeps silent in the face evil is an accomplice.

It appears we learnt nothing from the civil war. Who invites the grim reaper to his own home? Who brings death and destruction upon his own people? Does freedom fighting entail killing and destruction of lives? The south-east is a commercial centre; the multiplier effect of the activities of gunmen on the region is colossal. Businesses will collapse while some will relocate out of the area. Already, some businesses are relocating from the place. Where does that leave us? If the regional economy plummets, families thrown into poverty and hunger ravages the population, what is the benefit of the agitations?

What is happening in the south-east is terrorism. We must call it by its character. The killing of citizens; the methodical killing of security agents, and the destruction of public property are nothing short of terrorist acts.

Citizens of the south-east must rise and stop this declension into the void. It is in our greater interest to do so.

These are just my lamentations.

Interim Forfeiture Of Property: Imo Govt Against Me, My Family, Okorocha Complains