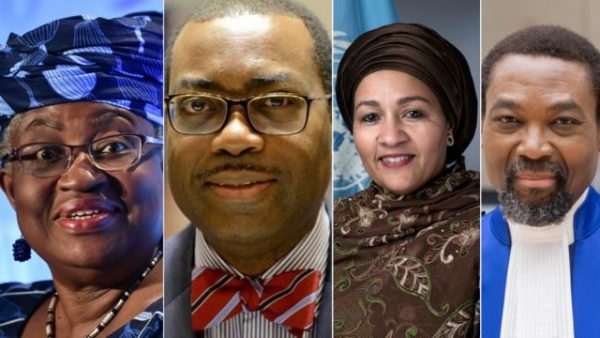 Professor Ibrahim Gambari, President Muhammadu Buhari’s Chief of Staff, international relations guru and bureaucrat does not think we should wait for historians to do the assessment of the Buhari administration in the international arena given limitations of the focus of many of them. “Now is the time to do it,” he insists.
We agree with many of the historians that the pursuit of closer foreign economic relations is no longer an option and the important need for an upward trajectory in bilateral relationship, first in our own neighbourhood and then in the world are key. This is what necessitated a whirlwind of visits around the world in the President’s First Term.
Although these trips themselves became objects of controversy around the country, these engagements have given an image boost to Nigeria all around the world.

But while the historians and international relations scholars have given a significant part of their attention to the government’s efforts in rebuilding connectivity in our immediate and extended geographies and global engagements that have been spiced with Nigeria’s economic priorities, little attention was paid to the important undertaking of making Nigeria a global human resource power house.

There is no doubt that there is so much that has been achieved in conventional international relations in the six years of the administration.

Africa remains the centerpiece of our foreign relations. Friendship and cooperation have replaced rivalry with big and small nations on the continent. The United Kingdom remains our most strategic partner. Despite the four convulsive years of the Trump presidency and its “America First” ideology, bilateral relations between our two nations have miraculously survived, intact. We have resumed upward trajectory in relations with Germany, France, Turkey, Italy, Japan, India and Pakistan. With the coming of the Buhari administration, Nigeria has cemented relations with Russia and achieved a comprehensive partnership with China. Nigeria is warmly embraced by the Arab States and Iran.

However, despite rising political profile of the country, losses have been suffered, as did other nations following the Coronavirus pandemic, which for Nigeria, were accentuated by the fight against terrorism, Boko Haram and other threats to her security. Without doubt, the war against terror had limited Nigeria’s diplomacy to the extent that her external visibility in global and continental organizations was reduced to mere attendance of meetings related to such organisations only.

Two international events that shaped Nigeria’s path to progressive diplomacy are largely attributable to Mr. President’s personality and character. His post-inaugural visitations to our neighbouring countries of Chad, Niger and Benin Republics as well as Cameroon in 2015, led to the re-constitution of the Multinational Joint Task Force of the Lake Chad Basin Commission and the expansion of its mandate to fight insecurity in the sub-region more concertedly. Prior to the election of 2015 in Nigeria, there was a stalemate in moving ahead but President Buhari’s victory in that year’s election, sufficiently diffused the stalemate and permitted Nigeria’s leadership of the MNJTF, which had previously been resisted, based on mistrust by some member-states of LCBC. The other event was the AfDB election in 2015. President Buhari’s strong support for the nomination by his predecessor in office of Dr. Akinwumi Adesina and campaigns for him, ultimately assured his victory.

Regrettably, Nigeria could not consolidate on these initial diplomatic successes. In 2016, Nigeria’s attempt to clinch the prestigious position of Commissioner for Peace and Security of the African Union was a disaster as her candidate was comprehensively defeated, despite mounting very elaborate campaign efforts.

At the United Nations level on the other hand, Nigeria’s diplomacy continues to offer some hope. When former Secretary General Ban Ki Moon’s term ended and a new Secretary-General was elected, he looked in the direction of Nigeria to choose a deputy and our Amina Mohammed, former Minister of Environment became the darling of the foremost global institution.

At the 74th Session of United Nations General Assembly in 2019, Nigeria’s Permanent Representative at the UN, Professor Tijjani Mohammed Bande was unanimously elected as the President of the Assembly. It was a defining moment for the UN as the world was soon afflicted by a pandemic, COVID-19. One virus holding the world hostage and imposing a new norm of relationships and collaborations for individuals, nations and indeed for multilateralism. The impact of this pandemic on the world has been comprehensive and the dysfunctionality of the world was near complete. But the UN meetings dramatically continued through virtual sessions, ensuring that the global body remained relevant in the lives of humankind. The innovation was miraculous and Nigeria’s Professor Bande, as Permanent Representative and President of the General Assembly who led these efforts was appreciated for the roles he played in the world body and deservedly received the recognition and acknowledgement by the UN Secretary-General, Antonio Gutteres as the “miracle of 2020.”

The re-election of Dr. Adewumi as AfDB President in 2020 faced more herculean task as a superpower was bent on preventing his re-election. Despite pressure on President Buhari to replace him, Mr. President instead, reinforced his faith and commitment in Dr. Adewumi’s candidacy and reached out to world leaders to canvas support. Mr. President’s adroit diplomacy paid off as Dr. Adewumi had a landslide victory.

Nigeria’s progressive diplomatic leg-works within ECOWAS, first through support for the complicated peace process in Mali, to logistics support for practically all elections in the sub-region, to coordinating and providing leadership for good governance, accountability and fight against corruption as well as managing efforts to contain the catastrophic consequences of COVID-19, earned Mr. President and Nigeria, recognition, respect and appreciation. When Nigeria expressed interest in fielding a candidate for the position of Commissioner for Political Affairs, Peace and Security of the African Union, Nigeria’s adroit diplomacy came to play once again, when all ECOWAS countries stepped down for Nigeria’s candidate, who obtained the support of ALL the African Union member-countries to clinch the position on 6th February, 2021.

Building on this foreign policy momentum, Nigeria made waves with the nomination of former Finance Minister Ngozi Okonjo-Iweala as World Trade Organisation, WTO Director-General. The switch of candidates by Nigeria was seen as a master-stroke that finally paid off a few days ago, when she got the endorsement to be the first African and first lady to head the Organisation.

The lesson in the rebound of Nigeria’s diplomacy lies in two great attributes. Respect and recognition for the nation’s leader and the determination to always present one of our best. President Buhari is deeply respected within the sub-region and the rest of Africa. He is measured in speaking but firm on his positions. He throws his weight around causes he deeply believes in and his brother-Presidents cherish that. But, in all cases, presentation of very good candidates is easier to sell as in the cases that have been referenced. Nigeria must keep the momentum and prioritise its global engagements for maximum benefits to Nigerians, Nigeria and Africa at large.