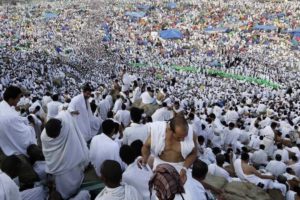 The 2016 Muslim pilgrimage in Saudi Arabia has come and gone with obvious success story trailing it. As a matter of fact, the hajj operations were adjudged as not only an improvement on the operations in the previous years, but the best in recent time. This was in spite of the initial hiccups, caused by the Saudi authorities’ rejection of wrist-bands, designed by the National Hajj Commission of Nigeria (NAHCON) for Nigerian pilgrims, as part of identifying them in the Holy land.

The airlift of over 62,000 intending pilgrims which began on August 8 from Sokoto airport with 445 Zamfara intending pilgrims airlifted to Madinnah, came to an end on October 9, with the airlift of the last batch of 543 Kano/Kebbi pilgrims from Jeddah airport by Max Air on flight number VM2118.
The 2016 operations and the situations in the Holy land were in complete contrast to the ones in 2015 which witnessed disasters, accidents and mass deaths. It was indeed, in 2015 that crane fell on pilgrims around the Holy Mosque in Makkah, killing some of them. It was in the same year, September 24 that thousands of pilgrims died at Jamrah during a fatal stampede. No fewer than 317 Nigerians, including prominent Scholars, Diplomats, Journalists and several others were among those who lost their lives. It was the year in which the worst hajj coordination and management was witnessed, especially, by the Saudi Arabian authorities.
However, in 2016, the operations, from the point of departure, especially from Nigeria, to the Holy land and the return journey were so smooth and quiet as if nothing was happening. Those who have no business with the operations never heard about how the operations were going on.
Many things have been attributed to the success and smooth operations that were recorded in the 2016 exercise, one of which was the early preparations; education and sensitization of the officials, the intending pilgrims and proper coordination with the Embassy for the issuance of visas.
There were also gradual reduction in the time spent by the officials who screened the pilgrims at the King Abdulazeez International Airport in Jeddah, strict adherence to controlling influx, into Jeddah airport, by pilgrims who were not scheduled to be airlifted at particular time, enforcement of penalty for pilgrims who did not show up for their scheduled flights, compelling airliners to accommodate and feed pilgrims due to delay in flights caused by them, compelling the air carriers to adhere to the flight schedules, allowing the airliners to carry out the weighing of pilgrims’ luggage right in their accommodation in Makkah and the cooperation of Saudi General Authority of Civil Aviation (GACA).
There was also a greater synergy amongst the operational staff of the State Pilgrims Welfare Boards and the National Hajj Commission of Nigeria (NAHCON) even as the command and control unit in the aviation department did wonderful job by providing up to date information on pilgrims airlift as well as interfacing with airliners and State Pilgrims Welfare Board officials. 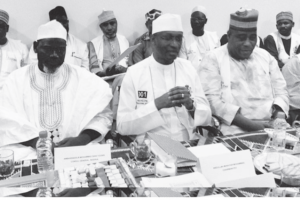 Pilgrims also acknowledged that the authorities took good care of their needs in terms of accommodation in the right places, transportation, enlightenment and many others.
All these and more, made the 2016 pilgrimage and hajj operations a success story.
It is good to know that hajj operations have now been made an all-year round exercise, whereby even preparations for the 2017 operations began in Saudi Arabia immediately after the last flight departed to Nigeria. Indeed, this is how it should be, so that those things that are likely to obstruct smooth operations are addressed in good time.
One of such things is the issue of excess hand luggage which most Nigerian pilgrims have stubbornly held on to. The officials concern, especially, at the state level, should continue to educate their contingents, especially, the first-timers, on this issue. The pilgrims should be made to understand that hajj is not the same thing as shopping, though there is this belief in many quarters that pilgrims should bring all sorts of gifts to the loved ones, the people in the neighbourhood and many others, as they are returning. This has become a kind of symbol with which pilgrims are acknowledged by family members, friends and well-wishers, which is not supposed to be so.
There is also the need for proper coordination in the area of information dissemination on the flights schedules and other matters about the operations generally. Hajj operations would not run smoothly if information and the channels through which it is disseminated are not properly managed. 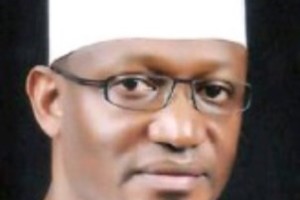 It is heartwarming that the executive chairman of NAHCON, Barrister Mukhtar Abdullahi Mohammed took time off during the hajj to confer with his Indonesian counterpart to seek for ways towards working together for the overall benefit of the two countries. As a matter of fact, hajj operations are becoming so sophisticated that information sharing amongst the Islamic countries can no longer be played down. Therefore, interaction with Indonesia, which is one of the countries with highest number of pilgrims every year, is in the right direction.

The chairman also talked about improving the Information Technology system in the management of the operations. Indeed, the whole world is fast turning into a single entity with the massive use of information technology, so much that the managers of hajj in Nigeria have to move fast to buy into it. The government should encourage them to do so, in order that the country is not left behind as time goes on.
All said, we in Greenbarge Reporters highly commend all the stakeholders: the NAHCON, headed by Barrister Mukhtar; state Pilgrims Welfare Boards, the airliners and carriers; the information officers, the health care givers and welfare officers in the relevant bodies, as well as the Saudi Arabian Hajj Authorities for all the efforts, the know-how and hard work they put up that ensured the success and smooth conduct of this year’s pilgrimage.

It is hoped that measures would be taken to improve in all sections of the operation in the 2017 operations. [myad]