Home OPINION EDITORIAL Editorial: As Coal, Oil And Gas Dry Up In Europe… 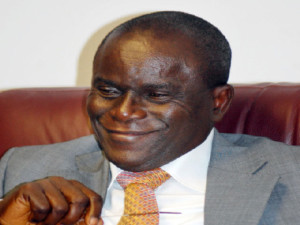 Europe is under increasing threat from global energy prices as their fossil fuel stock dry up.

This was the frightening picture which the director of the Global Sustainability Institute at Angilia University, Dr. Aled Jones painted on May 16.
The sordid signal that is manifesting in Europe in the area of energy crises is not restricted to fossil fuel alone, but is inclusive of gas and coal.
Experts have actually come to the same conclusion that oil, gas and coal are fast drying up in European countries, including the United Kindom and may be gone in the next five years or less!
One of the experts, Professor Victor Anderson was emphatic when he said: “Coal, oil and gas resources in Europe are running down and we need alternatives.”
According to a report into energy sources, Britain’s oil, coal and gas reserves will run dry in a little over five years. The Global Sustainability University foresees a number of European countries, including France, Italy and the UK that are facing critical shortages of fossil fuels as the 2020 begin.

It said: “using the most recent data on known reserves and current consumption, researchers found the UK has five and half years of oil, four and half years of coal and three years of gas remaining. The UK urgently needs to be part of a Europe-wide drive to expand renewable energy sources, such as waves, wind, tidal and solar power.”
Other countries facing similar problems are Bulgaria, Poland, Germany, Russia and others.

Of course, there are other countries across the world that are facing the same problem at varying degrees, but not many of them have taken the kind of futuristic measures some European countries are currently taking.

If many developed nations are heading for dry-up oil, gas and coal and are taking measures for alternative sources of energy, one is not very sure if African countries are even aware of what is happening in the energy world not to talk of looking for alternative measures.

Specifically, Nigeria appears to be pretending that the dangerous news coming from Europe has nothing to do with it, especially with the fact that it has been ranked as one of the largest oil producers in the world.

We may be behaving like ostrich, but we need to be moved into action by the uncheering news about inadequate amount of gas so far to fire the various power projects that have been springing up across the country. Indeed, Vice President Mohammed Namadi Sambo has said time without number that the danger Nigeria is facing is not necessarily the inadequate power supply for domestic and industrial revival, but more importantly, the inadequate gas to fire the mega watts that are being added to the national stock.

It is no longer a new thing that industry has gone comatose in most parts of the country, arising mainly from lack of power, and one can imagine what will happen if and, indeed, when one wakes up suddenly to discover that there is no fuel for domestic, industrial and other numerous uses, including, of course, movement with automobile; there is no gas and coal to power the few industries that are surviving today.

Our experts have to urgently go into the boardrooms to begin to think of alternatives to the looming reality in the world energy sector, with particular reference to the drying up of oils, gas and coal across Europe. We need to hasten up before such frightening situation ground not only the country in all its ramifications, but individuals that daily make use of such sources of life.