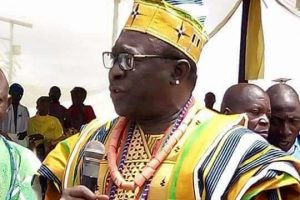 Ever since Igala land was brought from Benue State to join in the newly created Kogi State in 1991, its neighbours, mainly Ebira people had never known peace. The Igala people have continued to struggle to hanker after power, grab lands that never belonged to them, pursue segregative and self-centred agenda as well as being neck-deep in expansionism, aimed at colonizing other Kingdoms.

The latest of such meddlesomeness and careless display of criminal greed was a jankara market judgment, delivered by an obscured judge in an obscured corner on June 2, 2020, not only giving away almost half of the whole Kogi State to Igala but asked that they should be compensated with N10 Billion for their purported land that was hired and used by the colonialists in the 1840s.

Shamelessly and ignorantly, the Igala King, the Attah, gathered a motley crowd of his subjects to jubilate over the pre-determined and arrangee judgment, an act that portrayed insensitive arrogance.

As a matter of fact, besides the fact that the judge who delivered the controversial and vexed judgment either deliberately or ignorantly lose sight of the propriety of the issue at stake, the argument put forward by the desperate Igala Kingdom exposed them as a pathological thieves, liars and rampage elements in the jungle.

Let’s look critically on only this aspect of their argument: that they hired out the land stretching from Igala to Ajaokuta, to Lokoja and Koton karfe to the colonialists in the 1840s and that because they were the ones that gave out such lands to the colonialists, therefore, they can lay claim to the ownership, at the turn of this century and specifically in the year 2020.

All said and done, Igala people need to tell the world who gave them these lands in the first place!!!.

Failing to identify the authority that conferred on them the right to these lands, the Igala Kingdom and Igala people, have, by their current marauding moves, admitted that what they have done and are still doing is akin to what happened in some big cities like Lagos and Abuja where people would jump into the lands that don’t belong to them and sell them to unsuspecting buyers. The situation became so rampant and disturbing that Lagos State government, in particular, at a time, legislated against the practice with stiff penalties for the marauders and land thieves.

It goes without saying therefore that Igala have now collectively come out to say that they jumped into the lands that didn’t belong to them and hired such lands out to the colonialists thereby committing an offence of trespass in simple legal terminology; an offence that is punishable with some years of imprisonment with hard labour!.

See also:  We Must Imitate Other Countries To Succeed In Poverty Eradication - Osinbajo

It is unfortunate that those who do not know what is called shame have woken up from the darkness where they have been sleeping since 1840s to lay claim to, and ask for compensation on the lands they stole and hired out to the available customers.

We in Greenbarge Reporters wonder why would any sane people want to be identified with issues that are pregnant with criminality and are even proud of it, especially, when the Federal Government, realizing the danger land matters pose to the unity and peace of the country, enacted land use Act? When the State Government, this time, Kogi, has the right under the Land Use Act to take any land from anyone: and such set of people meddling in the land that they originally trespassed on, under the very nose of a governor, whose land is involved in the latest madness.

We are simply wondering where the Igalas get their energy and courage from, with which they always tinker with the relative peace in Kogi State in particular and Nigerian in general. This is the same thing they were famous in doing in Benue State from whence they came: it is a well known fact that Igala people were always at loggerheads with their brotherly neighbours, such as Tiv people and Idomas. Is it not time they returned to sanity and lived peacefully with themselves and the neighbours? Or do they just enjoy thriving in trouble waters, displaying “busy-body” posture?

Are Igalas, indeed, still in the dark past so much that they don’t know that the day had broken? That they need to wake up and be reasonable?

They should stop snoring and dreaming that in the year 2020; the computer age, any tribe would just go to sleep while they trespass on their land or when they demand for money (N10 Billion) from modern government run by Nigerians over the land they stole and hired out to medieval government ran by white people?

Igala should know that the easiest way to stoke trouble and cause havoc to the peace in the society is this emotion-laden land matter. They should come off this bad and dangerous habit.

Surely, a stitch in time will save a lot.