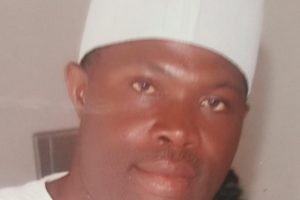 A middle aged man, Hassan Ahmed is alleged to have ignored the ruling of the Ohinoyi of Ebiraland and acting chairman of Kogi State Traditional Council, Alhaji Dr. Ado Ibrahim in a divorce case.
Hassan Ahmed, who was separated from his wife by King Ado Ibrahim sometime in April 2019, was alleged to have said that he did not recognize a divorce certificate issued to him and his ex wife by the Ohinoyi.
The ex wife, Mrs. A Hassan Ahmed, told an Area Court in Okene that her former husband insisted that it’s only a court of law that should be in a better position to separate them.
Narrating her ordeals in the hand of Hassan with whom she has four children (three females and one male), former Mrs. Hassan said that Hassan was in the habit of beating her.
“In one of such beatings, he forcefully removed three of my teeth, held onto my jugular veins in an attempt to strangulate me. Thanks to our neighbours who came in time to save me, he would have killed me.”
Former Mrs. Hassan told the court how Hassan had boasted that the case in the court would drag for 20 years because he had spent N300,000 to bribe relevant officers including the judge.
She said that her ex husband, whom she lived with for 18 years, also boasted that the entire police men and women in Okene and Ebiraland are in his pocket and that he can use them the way he wants.
“I confirmed this whenever I reported him at Okene police station after he had successfully isolated me from my parents and family members, the police would just ask me to go back home.
“At some points, I resorted to reporting him to soldiers who would tell me that they were not trained to settle quarrels between civilians, but to kill or get killed.
“From the beginning, I did not love him and was determined that I would not marry him the same way he vowed that he would marry me, to the point of telling my late mother, who supported me that she would not live to see me in his house. I just found myself in his house through a circumstance I could not explain. “
The case for court divorce in the marriage that was consumated only two years ago, has been adjourned to two weeks time.