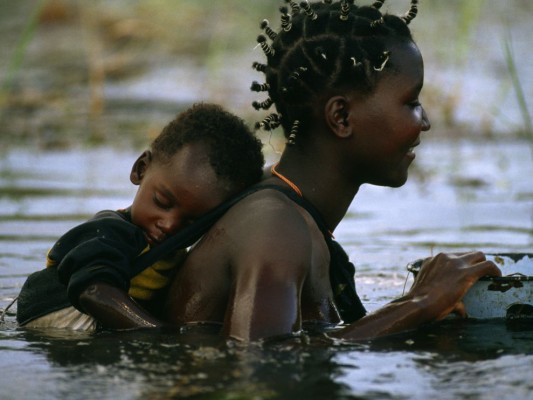 Today, March 15, the whole world stands for mothers in commemoration of the Mother’s Day, observed all over the world to honour mothers and indeed, motherhood. The celebration of Mother’s Day began in the United States in the early 20th century. The Day is set aside across the world to reflect on the roles, and above all, the influence of mothers in the societies across the worlds.
Of course, the modern celebration is widened to include honouring mothers, motherhood and maternal bonds.
Though Mother’s Day is celebrated on various days in many parts of the world, most commonly in the months of March or May but the message it carries remains the same everywhere.
In some countries, Mother’s Day has become synonymous with the older traditions that occurred throughout the world over thousands of years, such as the Greek cult to Cybele, the Roman festival of Hilaria, or the Christian Mothering Sunday celebration (originally a celebration of the mother church, not motherhood).
Of course, the general thread that primarily runs in all mothers is tenderliness towards their children, whom they brought forth after about nine months of pregnancy: with all the discomforts, sickness, anxiety and so on.
Nature also thrusts on Mothers the responsibility of being gentle, fair, loving, caring, peace-making and many other positive traits.
God, from the beginning of creation, probably intended to make mothers the central point for the positive development of humanity, and that was why he endowed them with such attitudinal postures as earlier enumerated. For, as God says Himself, train a child the (right way) so that when he grows up he would not depart from it.

Come to think of it, the Holy Qurán says that after Allah and his Messenger, the most beloved and respected person to a Muslim should be his MOTHER! Allah has given the mother such status that He says: “Paradise lies under the feet of mothers.”

Obedience and respect towards your mother is a very important duty in Islam and is similar to performing Salaah and keeping fast. To hurt your mother in any way is the second biggest sin and those who commit this evil sin will be harshly punished by Allah in the hereafter or maybe even in this world!

And in the Holy Bible, Proverbs 31:25 says: “Strength and dignity are her clothing, and she laughs at the time to come. She opens her mouth with wisdom, and the teaching of kindness is on her tongue. She looks well to the ways of her household and does not eat the bread of idleness. Her children rise up and call her blessed; her husband also, and he praises her: “Many women have done excellently, but you (Holy Mary) surpass them all.” … this is even as Isaiah 49:15 says: “Can a woman forget her nursing child, that she should have no compassion on the son of her womb? Even these may forget, yet I will not forget you.”

Indeed, if mothers play the roles God Himself assigned to them naturally: humility, fairness, caring, peace-making, loving and affection, the society would develop into a beauty to behold, where everyone is his own brother’s keeper, where love permeates, where everyone cares for and treats fellow human being with respect, humility, fairness and justice resulting in an ideal society where peace and tranquility reign.
Of course, where the society becomes disorganized because the people in it hate one another, insult one another, cheat, steal, pursue wealth with all the indices of corruption, does it follow that mothers in such society have abdicated the finest roles God bestowed on them naturally?
Does it follow, in the specific case of Nigeria that disrespect for elders, irrespective of the circumstance, which now dominates the way life is conducted is as a result of the failure of mothers to influence the lives of their children positively?
As a matter of fact, it is not enough for the modern day mothers to join in the pursuit of the worldly things just so that they would keep up with the Jones, but it is still very important that they return to their original roles as ordained by God, so that the drift of the society to the precipice is halted.

There is no denying the fact that today’s challenges of living have thrown up women that have to jump into men’s world to support or even keep the families going in some form of comfort, which of course brings the society into a dilemma: for you cannot eat your cake and have it. It is too bad that the original concept of motherhood, from God Almighty, has been turned up-side-down either by the accidental incidences or challenges facing many homes or by the new concept of equality thrown at the world by the western culture or both. There has to be a way out, which today’s celebration of Mother’s Day should address. Happy Mother’s Day, all the same. [myad]