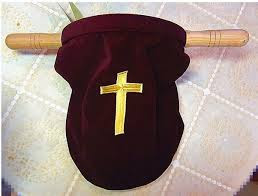 The Ibadan Diocese of the Church of Nigeria (Anglican Communion), has come up with a verdict that Nigeria is still not a nation as it is in the doldrums battling to be a nation

In a communiqué signed by the Most Rev Joseph Akinfenwa at the end of its second session of the 22nd Synod of the Diocese held at St David Anglican Church Ijokodo in Ibadan, the church said that Nigeria can only be a  nation when the yearnings of component or federating units are addressed rather than suppressed.

On 2019 elections, the synod called for prayers for peace even as it advised politicians to eschew violence and brigandage and that they should approach the elections with the spirit of sportsmanship.

On the issue of restructuring, the synod wanted a return to the 1963 constitution of the Federal Republic of Nigeria and calling for each federating unit to consolidate “on their comparative advantage to generate funds for self sufficiency.”

The synod therefore sought for a revisit of 2014 Confab Reports and implementation of same and wishes for God fearing leadership to actualize the Nigerian project.

The communiqué states: “there is tension everywhere because of too much divergent opinions to issues as we don’t want the same thing , as what a section wants is inimical to to the interest of another section and nobody is ready to shift ground for the other.”

The Synod regreted that “there is no justice in the land and it is difficult to preach righteousness – reasons why people now resort to self-help when they cannot get redress by just means.”

It said that solution cannot be achieved in a nation with brutalized economy, adding that trading blames has kept on worsening the situation. [myad]