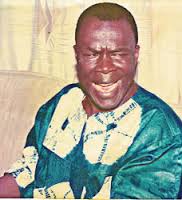 See also:  I Grew Up Not Liking Obasanjo, Author Of THE LETTERMAN, Mojeed Says Why