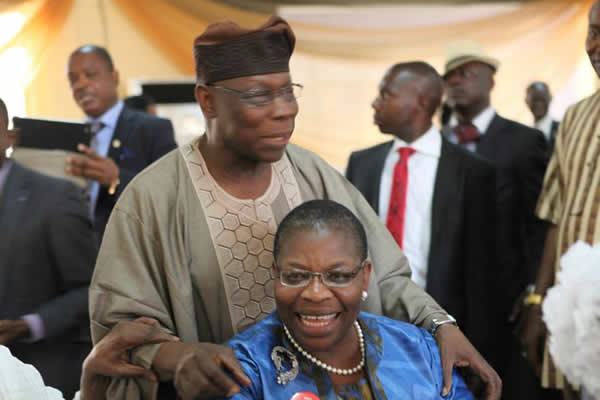 I agree with former President Olusegun Obasanjo that Nigeria needs to be rescued from the “misgovernance guillotine” of the APC and the PDP.
Obasanjo expressed his desire for the deracination of these bands of misfortune in his latest missive.
He said: “We need a Coalition for Nigeria, CN. Such a movement at this juncture needs not be a political party but one to which all well-meaning Nigerians can belong. That movement must be a coalition for democracy, good governance, social and economic well-being and progress. Coalition to salvage and redeem our country. You can count me with such a movement.”
A few weeks ago, Oby Ezekwesili launched the Red-Card Movement, a group or “Third Force” forged with the bounden aim of shoving the APC out of the dais of power and keeping the PDP in the abyss of oblivion. It is clear that Obasanjo is in spirit with Ezekwesili’s movement.
I agree with Ezekwesili that the APC and the PDP deserve the red card, but I do not believe that a “movement of big egos” will solve Nigeria’s leadership problem.
As a matter of fact, all the key figures of the movement once held political office in the country; Nigeria’s problems 18 years ago are still alive today. If the sponsors of this group had possessed the Midas touch to turn the country into a terrain of gold, citizens would not have been in a state of loss and confusion today. The country and its leadership is the way it is because of the past mistakes and failures of members of this elitist movement. What tonic can these people administer to anaemic Nigeria?
As of now, the “Obasanjo-Ezekwesili” movement does not have an alternative to the status quo. And since the group has elected to be a pressure group and not a political party, it is safe to say it may support a candidate from any political party other than the APC and the PDP. I will not to go into the charade that a few other political parties are, but a young candidate of a party in the Osun local government election could not participate in the exercise because his party tactlessly failed to submit his name to INEC. How do you define incompetence?
For me, I do not think the Red-Card Movement is a people’s movement. It is self-serving and peopled by big egos on a relevance chase. If not, why is it so concerned about the presidency? Nigeria’s problem is structural. It needs “de-cluttering.” Until the present structure is re-worked, every president is doomed to fail. And the answer to Nigeria’s structural problem is in the recommendations of the APC restructuring committee.
I believe this movement will do Nigerians a great favour if it puts pressure on the government to have the recommendations implemented.