Home OPINION Who Won The Afghan War? By Mukhtar Imam 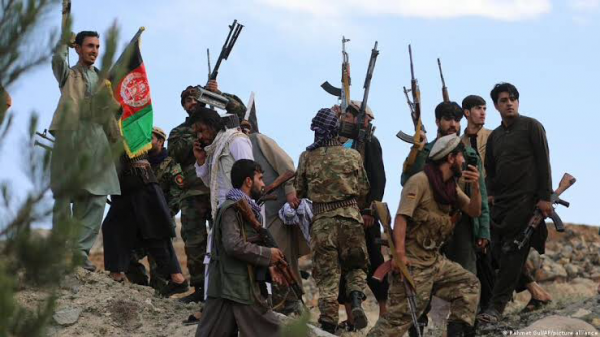 Afghanistan is no stranger to invasion and occupation as it’s not so recent history has clearly shown. Paradoxically it is also no stranger to purging out invaders as shown in its not-too-distant history. Perhaps this explains why it has been dubbed the graveyard of the ‘West’. For a country and people that have witnessed the rise and exit of global empires, from British colonialism through to the era of Soviet or Russian Invasion and climaxed by the farce on war on terror by the United States, little wander at the scenes of sweet-bitter episodes on the streets of Afghanistan at the exit and withdrawal of the self-acclaimed world policeman.

The multiplicity of views from our highly opinionated society from where we are being inundated with perspectives on who the victim is in the scheme of things in Afghanistan, has thrown up more answers than there are questions. This merry-go-round has created a worldview whereby those who are being decimated and subjugated are now tagged oppressors while the real culprits are on the loose.

But then again, do I know as much as I think I do? Am I also culpable of my libel of an opinionated world? Are there really more answers than there are questions in the scheme of things in Afghanistan? Is there really a winner in the Afghan war?

There are multiple of variables with which to address the above posers and one of them is from an age long quote in journalism that “he who follows the money always uncovers the path it leads. Following the money, whether in the stock or capital market, government dealings or even in a war” has proven time and time again to be revealing. So, to give flavour to our discussion, let’s take an economy or perhaps business class trip into Afghanistan.

Following the money into Afghanistan has shown that about 2.26 trillion dollars is what the US was alleged to have spent in Afghanistan, this is about 300 million dollars a day. While successive US administrations keep paying lip service to transparency in its dealings with tax payers’ monies, it is yet to be known, where the money went! It is an obvious fact the ordinary Afghans have little or zero knowledge as to the skirmishes and sophistry of how these monies exchange hands. Clearly so, as an average Afghan survives on less than 2 dollars a day, while his life and livelihood is being plunged, plundered and devastated while the money turns around back into the US economy. How? one might ask! Through the schisms of defence companies and contracts of course! The reality of the matter is that the US basically outsourced the Afghan war, while they, quote and unquote funded it, the work on the ground was being orchestrated by crony private companies, companies that dealt with the entire military circle from supply of vehicles, ammunition, and everything from the bandages to the bullets. Remember the indictment on Hilary Clinton on monies spent in defence and other contracts in Iraq and Afghanistan, under her Vice Chairperson-ship at the Council for Foreign Relations? Talk about a revolving door!

The ordeal being recounted by John Perkins in his memoire; The confessions of an Economic Hitman come to mind here, while the United States was funding the war in Afghanistan, the money never really left the US, it was used to pay US companies in US to plunder Afghanistan. The beauty with keeping records is; when the time comes the culprits will be faced with the receipt of their actions and inactions, because where men will not speak records will.

Let’s then present numbers to support the above claims. The top 5 military contractors in the Afghan war are; Lockheed Martins, Raytheon, General Dynamics, Boeing and Northrop Grumman, a very quick google search will do the trick. The numbers are also quite astonishing as these companies got over 2 trillion approved by the US congress from 2001 until the US withdrawal. These were monies spent in propaganda and show of US military might in Iraq, Afghanistan, Syria, Yemen – through the back door, backdoor name withheld – and other needless war campaigns that ended in futility, leaving some to conclude that the US soldiers lost the Afghan War, but most to conclude that the US businessmen and elites, not so much. Because right after 9/11military stocks in the US saw an unprecedented surge of almost over 1000 percent. Could this support the claims that the war lingered on and seemed almost frozen, because a forever war equals a forever profit? Again, we are just asking questions and seeking answers!

While the US elites and its Pentagon cronies keep telling the world they flooded Afghanistan with US armies, the reality is that they actually flooded the Afghan space with US mercenaries, US technology and US killing machines. Let’s present another receipt; remember when Julian Assange made the statement that ‘the goal isn’t to subjugate Afghanistan, but rather to use Afghanistan to clean American taxpayers’ money clearly being laundered by the American elite structure and back into their hands’?  Well, that never evaded the memory of some of us.

SIGAR, the body setup by the US to ‘reconstruct’ Afghanistan in 2018 published a report that over 50 billion US dollars had gone missing, how? I guess we will have to follow the money to find out. But one thing is for sure, billions of dollars, flouted around without scrutiny, without oversight and without recourse to the Afghan people, because they gained nothing from it. However, the withdrawal of the US and the return of the Taliban as the legitimate government in Afghanistan signals the dawn of a new era, one that regardless of all criticism has come to stay and must be reckoned with. What seem apparent in the debate and rancour of whether a Taliban rule is ideal for a 21st century Afghanistan is that an independent sovereign entity is now be governed by its own people, good or bad. The outrage on the so-called infringement on women right by the so called woke community is the text book definition of hypocrisy, particularly coming from the same people who looted, robbed and rapped the Afghan people and their economy and bleed it dry.

First it was the British colonizers and when they left, the Afghan people and the world applauded and screamed freedom! Then it was the Russians – under the guise of a monster they created that left 61.8 percent of Afghanistan’s hooked on opium. A matter to be discussed on another date – Again when they withdrew the Afghans screamed freedom! Now that it is the turn of the US why does the world expect a reverse? This smoke screen isn’t going to hold for too long. If it is one thing I am certain about and further proven by this long and almost frozen invasion, it is that history has and will always be on the side of the oppressed. But then again who is the oppressed in this case? And who really did win the Afghan war?

See also:  America Too Has Its Own Police Brutality, Secretary Of State Tells Buhari