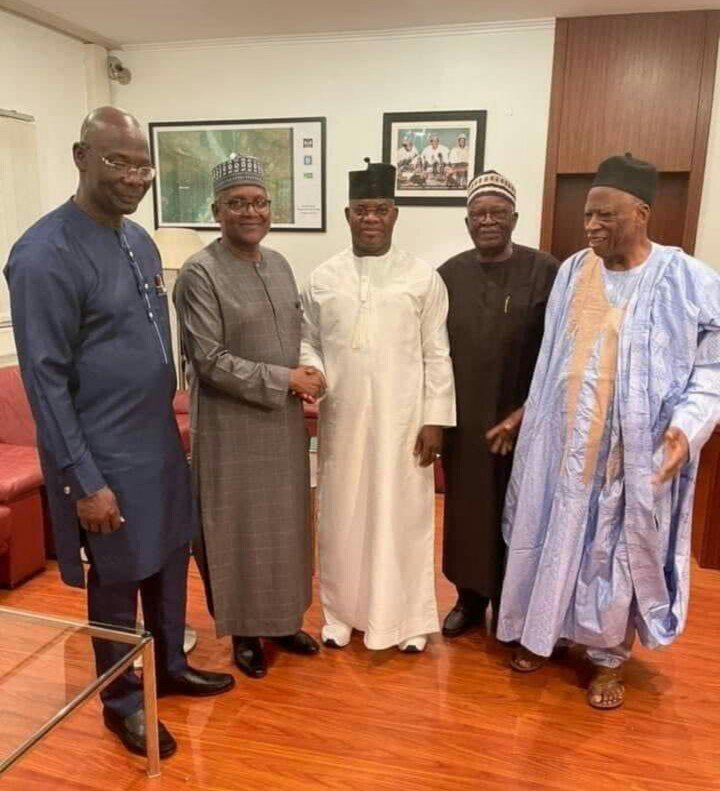 The two giant elephants that have engaged in a fight-to-finish over the ownership of Obajana Cement Factory in Kogi State; the state Governor, Yahaya Bello (in the middle) and the President of Dangote Group, Aliko Dangote, in handshake to signify the end of the feud after the intervention of the Presidency.

With them, at the extreme right, is the national chairman of the ruling All Progressives Congress (APC), Senator Abdullahi Adamu and others.

The National Security Council advised any aggrieved party to take legal action instead of resorting to violence.