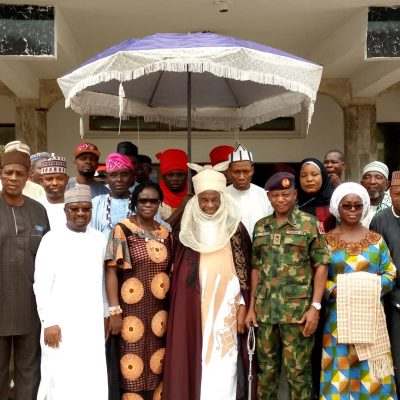 The entourage, supported by a high powered State delegation also include the Special Adviser to Governor Yahaya Bello on Local Government and Chieftaincy Affairs, Engineer Abubakar Sadiq Ohere (1st left). They were received by the Chief Security Officer and the Administrator of Okene Local Government Area, Engineer Abdulrazaq Muhammad at the Palace of His Royal Majesty, The Ohinoyi of Ebiraland, Alhaji (Dr) Ado Ibrahim (in the middle wearing regalia) before proceeding for on the spot verification.