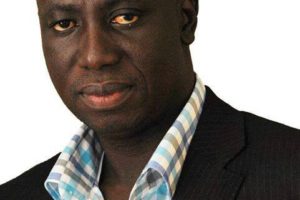 The 2nd African Union Interfaith Dialogue Forum, jointly organized by the Citizens and Diaspora Directorate (CIDO) of the African Union Commission and the International Dialogue Centre (KAICIID), based in Vienna, Austria, which took place in Abuja came to a close on November 11, 2016. The Forum provided a platform for religious leaders, policy makers, scholars and representatives of Civil Society Organisations (CSOs) from no fewer than 30 African nations to brainstorm on strategies towards the promotion of peace among adherents of various faiths in the continent.

Anchored on the theme: ‘Leap of faith, religious leaders, advance justice, peace,, security, inclusiveness, dialogue and development in Africa,’ the 1st  African Union (AU) Interfaith Summit was built on “a structured partnership between AU and religious leaders for advancing justice, peace, security and development in Africa.”

The 2nd Interfaith Dialogue Forum is a fallout of the first meeting that took place in Abuja from June 15 to 17, 2010, which brought together religious leaders under the theme, ‘Advancing Justice, Peace, Security and Development: Harnessing the Power of Religious Communities in Africa.’ With a membership of no fewer than 70 participants drawn from various African countries, the first AU summit led to a formal declaration of the “AU Interfaith Forum Declaration”, which calls on the need for “further collaboration between religious leaders dedicated for their unequivocal commitment to interfaith dialogue.

Welcoming delegates to the 2nd AU Interfaith Summit in Abuja, the KAICIID Secretary General, Faisal Bin Muaammar, said the forum represents a milestone “in the partnership between the African Union and KAICIID, a partnership which began with our Memorandum of Understanding in 2013.”

Considering incessant religious crises that have rocked the continent, especially the Central African Republic and Nigeria, the AU Interfaith Summit has become imperative in halting the manipulation of religion and to promote peaceful co-existence among adherents of different faiths. According to the KAICIID Secretary General, no religion in the world promotes violence, and that religious violence is caused by manipulation of political factors and greed. Muammar said youths are lured to join Boko Haram in Nigeria, “because these young people are misled or because they seek social, political or economic gain.”

Drawing on the need to draw the curtains over incessaant religious violence, the Secretary General bemoaned: ”In many countries, the manipulation of religion and religious identity for violence is leading to divisions in societies, communities, families.  Many of these societies have for centuries been models of inter-religious co-existence and collaboration.”

Speaking at the conference, Head of Civil Society Division of CIDO of the African Union, Amb Jalel Chelba, regretted that Africa finds itself in a precarious condition, with fundamental groups emerging to encourage violence, juts as he added, ”This violent image of religion generated by such groups is a leading cause to intolerance, sectarian violence and destabilising of soecieties in Africa.”

The Head of CIDO said the only hope for the continent is for the leadership in Africa, from governemental to non-governmental, and religious fronts to unite and jointly combat these challenges.”

Also speaking at the opening session of the summit, the Sultan of Sokoto, Alhaji Sa’ad Abubakar III, who was represented by the Wazirin Katsina, Alhaji Sani Lugga, called on religious leaders to guard their utterances so as not to encourage violence among their members. The leader of Nigerian Muslims stressed the need for clerics to perform their role as peace makers and tasked religious leaders in Africa to remain the formidable foundation upon which peace and development can be built upon.

Cardinal John Onaiyekan, who is the archbishop of Abuja Diocese, called on the African Union to implement measures aimed at tackling religious and politically motivated crises in Africa. Represented at the event by Rev Sr. Agatha Ogochukwu, the Cardinal reminded delegates to the summit that no religion preaches violence. He called on religious leaders in Africa to join forces with nations, communities and organisations to  halt further violence in the name of religion.

Deputy Secretary General for External Relations (KAICIID), Amb Alvaro Albacete, noted that for violent actions in the name of religion to be halted, there is need for collaboration among stakeholders, comprising government officials, religous leaders, among others. He told the gathering that the International Dialogue Centre welcomes the partnership with AU to broaden the frontiers of religious understanding and promote peaceful living among members of the world’s various faiths.

The Catholic Bishop of Sokoto and member of KAICIID Advisory Forum, Dr. Matthew Hassan Kukah, tasked religous leaders to tell truth to powers that be, streessing that religion should be a force for unity and not violence. Speaking on ’Collaboration between religious actors and policy makers in Africa:Positive examples, challenges and lessons learned,’ the Bishop declared that religious leaders must never remain silent on issues that promote peace among adherents of various faiths.

Speaking on ’The Role of Religious Leaders and Conflict Resolution,’ the Senior Political/ Elections Officer of AU, Samuel Mondays Atuobi, noted that for a proper understanding on how to end religious conflicts in Africa, there is need to outline roles of religious leaders in society and assess them as enablers of conflict prevention in the continent.

According to him, religious leaders serve as angels of peace, role models and bridge builders, as well as mediators and reconciliators. Atuobi said for religous violence to be tackled, information sharing, neutrality, interfaith mobilisations, partnership and capacity skill acquiisition are indispensable in ridding Africa of violence in the name of religion.

At the end of the two-day summit, the forum harped on the need for inter-religious and intra-faith dialogue as a tool for peace building and development in Africa, just as delegates approved a Declaration and a Plan of Action on their joint work in education, partnerships, media and development.   The 2nd AU Interfaith Forum came out with a declaration which “acknowledges the need to build partnerships between African Union, interfaith and faith-based organisations, as well as religious and traditional leaders to more effectively implement the African Union’s Agenda 2063 and the UN’s Sustainable Development Goals in Africa. As part of the Action Plan, the African Union will support a Steering Committee to establish a 10-year interfaith development agenda for all African Union member states.” The Action Plan adopted by the summit also calls for the promotion of peace and reconciliation “through the teachings of the different holy books in all places of worship and to enhance media coverage.”

To achieve the objectives of the summit, delegates were elected into a steering committee to ensure the realisation of the AU Agenda 2063 that calls for closer collaboration of all stakeholders towards attainment of development in the continent. KAICIID Secretary General Muammar underscored the relevance of the steering committe elected for interfaith development agenda: ”The steering committee launched today is a vital instrument in that endeavour. It fosters among other relations, Interreligious dialogue, which is an integral component in achieving the Africa Agenda 2063, global strategy to optimize use of Africa’s resources for the benefit for all Africans.”

There is no doubt that the 2nd AU Interfaith Dialogue Forum not only succeeded in bringing Africa’s brightest in advancing the frontiers of interfaith unity, but also paved the way in broadening measures in resolving religious crises that have often rendered the continent exhausted in attaining peace and prosperity.

Reef, a media professional, wrote this piece from Abuja. He can be reached on: simonreef927@gmail.com. [myad]